For sustainable development to be achieved, it is crucial to harmonise three core elements: economic growth, social inclusion and environmental protection. 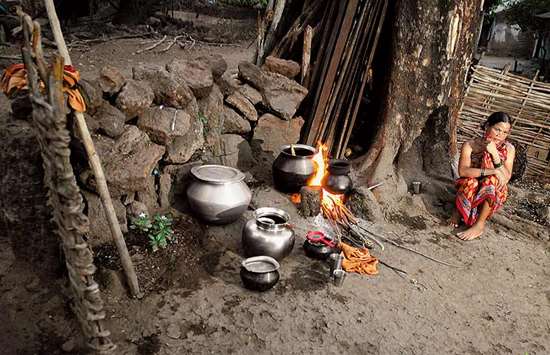 So what exactly is sustainable development? According to a delegate from London who is here to attend the United Nations summit, only 4% of the the British population knew what the Millennium Development Goals (adopted by a UN resolution in 2010) were.It is a no-brainer that similar percentages might span across several countries, even the developing nations in the South.

Sustainable development has been defined as development that meets the needs of the present without compromising the ability of future generations to meet their own needs. For sustainable development to be achieved, it is crucial to harmonise three core elements: economic growth, social inclusion and environmental protection. These elements are interconnected and all are crucial for the well-being of individuals and societies. The 193 Member States of the United Nations reached consensus on the outcome document of a new sustainable development agenda entitled, “Transforming Our World: The 2030 Agenda for Sustainable Development”. This agenda contains 17 goals and 169 targets. The complete list of goals and targets are available  here.

People, planet, prosperity, peace and partnership are the crucial elements which determine the Sustainable Development Goals. While architects of the SDGs call them historic and say that they have the full weight of civil society behind them, many holding side summits in New York, in view of the UN summit, disagree. The merging economies of Brazil, China, India, Indonesia, Mexico, Russia, South Africa and Turkey are considered economic powerhouses of the recent decades. But an excessive emphasis on growth by these countries has given rise to a worrying trend of inequality which hampers development prospects. World Bank data (2015) shows that in India and China alone, almost one billion people still live on less than $2 a day. And together, over 2.3 billion people live on less than $5 a day in these nations.

Civil society and child rights groups such as Waada Na Todo and Nine is mine says that SDGs are not all that rosy as they are made out to be. “Growth also brings in growing inequality,” says Thomas Pallithanam, a Dalit and child rights activist from India. “Capitalism’s fallout was mainly felt in the Southern nations. The ill effects of modern capitalist growth were seen only far far away. But now America realises that these ill effects have come home,” he says. In the Southern nations, there are a fast growing number of billionaires but high rates of inequality. Similarly in the developed North, there continue to remain pockets which are completely underdeveloped. So, there is a south in the north and a north in the south. We need to map these areas and find allies to work towards the dignity of equality,” says Thomas. In India, due to excessive emphasis on growth and the disputed Land acquisition Bill, lands of Dalits and marginal farmers are getting alienated, he explains.

“I think the biggest miss in SDGs is that we continue to talk mainly about poverty eradication and not about dignity and justice,” says Amitabh Behar of Waada Na Todo Abhiyan. “Social exclusion be it in terms of caste or gender or racial descent, is one of the defining factors of inequality,” he says. A flag-bearer of civil society that has been asking for more of the UN, Amitabh says that the way in which economic growth has been defined, negates the dignity of communities that face social exclusion. What’s worse, in some countries like ours, there has been a clamping down of civil society and opening up of the corporate sector. While the UN has already evolved guidelines, I believe there isn’t enough meat to challenge the macro-economic framework,” he says. And he wonders how sincere can SDGs be when corporate honchos become advisers to Ban Ki Moon on global partnerships.

A South African speaker named Danny is more optimistic and says that whether we love it or loathe it, the SDGs are here to stay. So the best thing to do is to work within the framework and create a space and language for excluded people to negotiate power. Annie, who works with some Catholic NGOs, rues that the structural issues of exclusion are not included in SDGs. “Owing to caste and ethnicity, there is a whole section of people outside boundaries who do not have human rights,” she says. What’s even more hurtful is when public policies take into account indigenous people only when showcasing them to the world,” says Annie.

In Asia, social exclusion takes diverse forms spanning from East to West Asia. In South Asia, social exclusion has vivid manifestations in India: It is encountered by social groups such as Dalits/untouchables/lower castes, tribals/adivasis/indigenous peoples, religious and linguistic minorities, the most backward castes, and women and children among these social groups. It is also experienced by sectoral groups such as agricultural labourers, marginalised farmers, child labourers, domestic workers, informal workers/unorganised sector workers, contract workers, plantation workers, fisher communities, manual scavengers, rural and forest-based communities, vernacular-speaking social groups, people with disability, etc. So will the SDGs serve the people who need them the most? One hopes it is not another 15 years before we can tell and the SDGs are forgotten like the MDGs are.