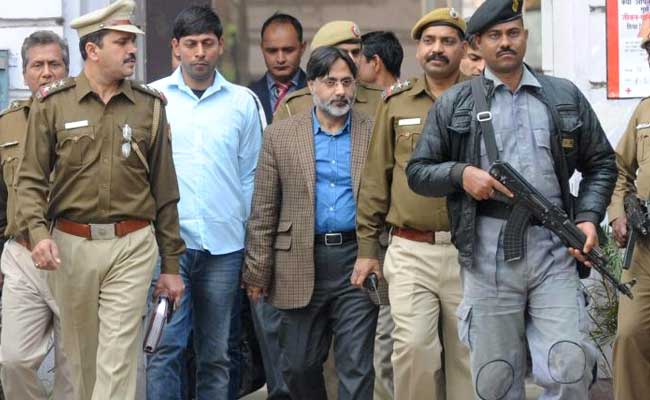 SAR Geelani was granted relief by a court on Saturday last on furnishing of a personal bond of Rs. 50,000 with one surety of the like amount. (File photo)

NEW DELHI:  A Delhi court today issued the warrant for the release of former Delhi University lecturer SAR Geelani, who was granted bail by a court in New Delhi in a sedition case in connection with a Press Club event.

Mr Geelani was granted relief by a court on Saturday last on furnishing of a personal bond of Rs. 50,000 with one surety of the like amount.

However, his release from Tihar Central jail was delayed as his permanent address of Jammu and Kashmir, given in his bail bond, could not be verified.

In its bail order, the judge had also said that Geelani “shall not leave the jurisdiction of Delhi without permission of court” and asked him to surrender his passport.

Earlier on February 19, a magisterial court had dismissed the bail plea of Geelani, who was arrested on February 16 after the police had alleged that “hatred” was being generated against the government.

According to police, an event was held on February 10 in which banners were placed showing Parliament attack case convict Afzal Guru and Maqbool Bhat as martyrs.

It had also said the hall in the Press Club was booked by Geelani, through his associate Ali Javed by using his credit card and another man Mudassar was also involved.

At the event, a group had allegedly shouted slogans hailing Afzal Guru, following which the police had lodged a case under sections 124A (sedition), 120B(criminal conspiracy) and 149 (unlawful assembly) of the IPC against Geelani and other unnamed persons.

The police had registered the FIR taking suo motu cognizance of media clips of the incident.

Following registration of the FIR, the police questioned DU professor Ali Javed, a Press Club member who had booked the hall, for two days.

Geelani was arrested in connection with the 2001 Parliament attack case but was acquitted for “need of evidence” by Delhi High Court in October 2003, a decision upheld by the Supreme Court in August 2005.http://www.ndtv.com/india-news/sedition-case-ex-delhi-university-lecturer-sar-geelani-gets-release-order-1289396