Betty Ann Archer, 64, from the United States at Olmec Clinic in New Delhi, where she had her male-to-female sex change operation last month. (AFP Photo)

After decades of battling depression, former soldier Betty Ann Archer finally flew to New Delhi to complete her gender transition, one of a growing number of foreigners heading to India for budget sex-change operations.

Born Dale Archer, the 64-year-old American said she felt trapped in the wrong body right from the start, recalling secretly trying on her mother’s dresses as a boy — much to the horror of her conservative military father.

“I became very ill in 2011 and almost died,” she said, wearing a bright blue sari and ornate Indian jewellery that she bought after her gender reassignment surgery in Delhi.

“While I was recovering I came to the conclusion that I had to transition or die.”

A small but steadily increasing number of transgenders are travelling to socially conservative India for such procedures, which are cheaper than those in their homelands and with no waiting lists, according to industry experts.

Some are even choosing India over leading sex-change destination Thailand which is regarded as more accepting on this issue.

In November, Archer found herself at the Olmec Centre nestled in a northern Delhi neighbourhood, which she picked over clinics in Thailand which she felt were “just a bit too expensive”.

“This is affordable. This is an option that some transgender people can look at and not have to kill themselves because they can’t afford it,” said Archer, who paid about $6,000, a fifth of the price back home, and said India’s conservative views on transgenders had not been an issue when deciding to come.

For up to $22,000, Olmec provides the treatment, but also accommodation, airport shuttles and post-operative care that include shopping trips and visits to the Taj Mahal and other tourist favourites. 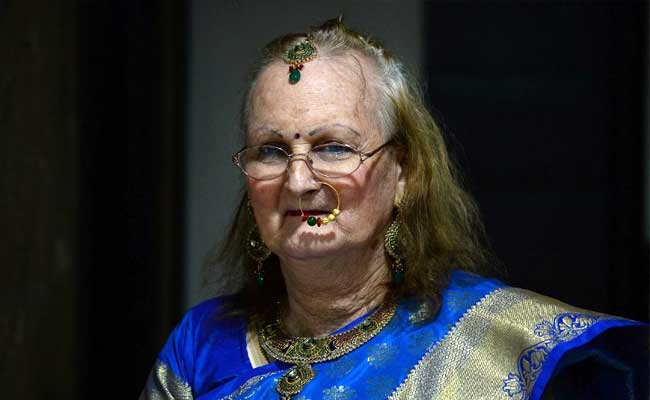 Betty Ann Archer flew to New Delhi to complete her gender transition, one of a growing number of foreigners heading to India. (AFP Photo)

Olmec founder and plastic surgeon Narendra Kaushik said he operates on up to 200 mostly local patients a year.

But Mr Kaushik said he was also seeing increasing numbers of foreigners: Westerners from countries such as the UK, US, and Australia, seeking lower costs and those from developing countries wanting better quality care than they receive at home.

The number of foreign nationals having such surgeries has jumped from between five and ten to as many as 20 a year, Mr Kaushik said, predicting the figure would continue to rise.

He explained: “The number of surgeries is increasing day by day.”

“This community is very well connected all over the world… If they are satisfied with their procedures in India, they spread the word.”

The government is actively promoting India’s booming medical tourism industry, including by recently overhauling a special M-visa, now issued faster and valid for one year.

The $3 billion industry is expected to more than double in size by 2020, a report published last year from the Confederation of Indian Industry says.

More than 250,000 patients — seeking everything from hip replacements to facelifts — are travelling to India annually, according to US-based consulting firm Patients Beyond Borders.

The number pales in comparison to Thailand which draws up to two million patients a year, but the firm’s CEO Josef Woodman was confident India would become a future leader in the niche area of gender affirmation surgeries.

“I think in another three to five years. It takes time,” Woodman told AFP of the surgeries, performed by less than a dozen surgeons mostly in Delhi and Mumbai.

Woodman said, however, some foreigners might question India as a destination given that its own transgender community is vulnerable to discrimination.

Retired British violinist Rosy Mica Kellett decided to travel to India for male-to-female surgery based on glowing recommendations for her surgeon. It was also 14,000 pounds ($20,000) — less than half the cost in the UK. 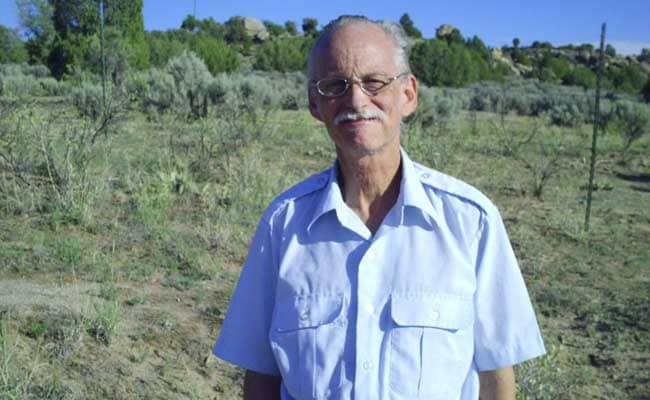 Dale Archer posing at an undisclosed location in the United States of America on June 30, 2009. (AFP Photo / Courtesy Of Betty Ann Archer)

“It’s significantly cheaper here than it is back home and in most countries, even including Thailand,” said the married 50-year-old during a recent follow-up appointment with Mr Kaushik.

“Some of the feedback I received for this kind of procedure in Thailand didn’t seem to be as super advanced as my surgeon performs,” said Ms Kellett, formerly known as Michael, dressed in a flowing maxi dress.

Surgeons are also developing their own techniques for transgender operations, including for female-to-male surgeries, which are complex and less widely available, according to industry experts.

She suggested further streamlining of visa and immigration processes, as well as help desks at airports and more language interpreters.

“If we can bring the entire ecosystem in place, a lot of traffic that is going to other countries will get diverted to us,” Ms Ghosh said.

“In that sense, I think we have a winner out there.”http://www.ndtv.com/india-news/sex-change-surgery-indias-new-line-in-budget-medical-tourism-1403521

This fight is between truth and falsehoods- Soni Sori from Raipur Jail ( Hindi and English)
Bombay HC raps central, state agencies for lack of urgency in probe into Dabholkar, Pansare killings
Indian Govt Waging War Against Maoists at the Behest of Corporates
Change.org -- Cat is out of the Bag