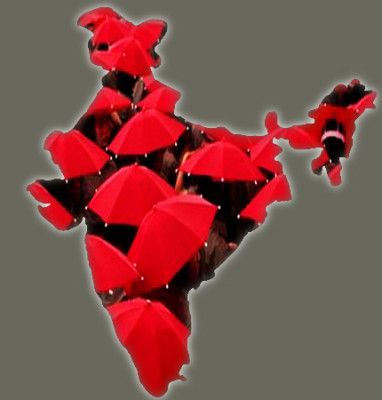 We write from the sex worker’s rights movement to hail your struggle and to add to the discourse you have sparked. We would like to discuss why using the term sex worker in the alleged pamphlet in JNU on Mahishasura Martydom Day is a concept fraught with the Whore Stigma. The use of the politically correct sex worker instead of the commonly used `prostitute’ does not take away from the fact that it is used to depict an insalubrious deed. The use of this term has only led to more misunderstandings of the term itself.

Sex worker is the term used by the sex worker’s rights movement in order to claim dignity to the work adults do consensually by providing sexual services for money. The sex workers use this term to give dignity to those that exchange sexual services for money but the use here is to supposedly strip the `goddess’ in this instance, of any dignity. The term since then has taken a life of its own. From a politically correct term it is now being used to describe anti-nationals, anti-goddesses even anti- patriarchy! But the thinly veiled contempt for the sex worker is huge in every utterance, from the Hindu Goddess Durga to the `anti-national’ women students in JNU.

It was brought to the nation on Februrary 24, 2016 when an alleged pamphlet issued in JNU to mark Mahishasura Martydom Day, October 2014 was produced in Parliament by Minister for Education Ms. Smriti Irani stating that it contained offensive material regarding the “Durga Puja”— “where a fair skinned beautiful goddess Durga is depicted brutally killing a dark-skinned native called “Mahishasura, a brave self-respecting leader, tricked into marriage by Aryans. They hired a sex worker called Durga, who enticed Mahishasura into marriage and killed him after nine nights of honeymooning, during sleep.” The pamphlet was issued on “Mahishasura Martyrdom Day” observed by scheduled tribe, scheduled caste, other backward caste and minority students of JNU.

The minister asked for forgiveness from her god to even utter the words as printed in the pamphlet. The use of the politically correct term sex worker and the use of the words like enticed and honeymoon to depict sexual exchange are the reason for the chocked anger of Ms. Irani. Would it have been better for the pamphlet not to have used the term sex worker? Because I cannot see what else the minister could have to ask forgiveness for, a fair skinned woman enticing Mahishasur and killing him is a well-accepted concept among the tribals, whether the woman was Durga is unclear.

Earlier on February 13th Jawahar Yadav, former Officer on Special Duty to the Chief Minister of Haryana In his tweet, Yadav wrote “For the girls who are protesting in JNU, I only have one thing to say that prostitutes who sell their body are better than them because they atleast don’t sell their country”.

Almost after two hours, Yadav wrote a clarification and deleted his previous tweet. In the clarification he said: “No girl has been compared to any prostitute in my previous tweet. Instead I meant that the girls who are forced to enter prostitution are rather better than the girls who were protesting in JNU and raising anti-India slogans, Pakistan Zindabad slogans. The daughters and sisters who are forced to sell their body are better than the girls who were demanding the freedom of Kashmir and Kerala and shouting that their fight will continue till India is destroyed.”

To continue this saga, on 27th February Devdutt Patnaik has written a piece on `How patriarchy makes ‘sex worker’ a term of abuse’ where he explains that, The Goddess as a free woman discomforts many, who cannot bear to see any female, divine or otherwise, in positions of power. His analysis however is very far away from this misleading headline in the Daily O. Devdutt’s simplistic analysis cannot move away from its moral frame of the single woman who has to satisfy `the unsavoury yearnings of men’. Mr. Patnaik also falls into the same trap of having a very interesting analysis but not addressing why the term sex work cannot be used interchangeably with the stigmatising concept of the `prostitute’.

Then on February 29th there is the headline, ‘Threatened and termed a sex worker after Mahishashura debate’: Asianet News editor Sindhu to TNM. Now we move from the alleged JNU pamphlet to the discussion on the Mahishasura Martydom day and all hell breaks loose. The anchor is threatened with life and also called a sex worker.

The mobile number of Sindhu Sooryakumar, the Chief Coordinating Editor of Asianet News, was circulated on WhatsApp allegedly by activists of right wing groups offended by a TV programme where members of Congress, BJP and Left parties debated whether celebrating Mahishasura, a common custom among certain tribes in India, is enough to accuse students of Delhi’s Jawaharlal Nehru University of “anti-national” activities.

This constant reference to sex work and women in sex work in particular is made to stigmatise and put down the woman it is describing. It is used to depict sleaze, disgust, distaste and revulsion. Mere use of the politically correct term has not taken away the whore stigma attached to the term `prostitute’ if it is used to divide women into the `good and the bad’.

The sex worker rights movement would like to bring to your notice the fact that it is therandi [whore] stigma that pushes sex workers outside the rights framework, effectively cutting them off from privileges and rights supposedly accorded to all citizens irrespective of what they do for a living. Stigmatization, which has its roots in the standards set by patriarchal morality, is experienced as the major factor that prevent sexworkers from accessing their rights. In the real world of sex workers, the lives of women in sex work are particularly held hostage. Stigmatization impacts the lives of women in more ways than one. Some of the rights denied due to discrimination are: freedom from physical and mental abuse; the right to education and information; health care, housing; social security and welfare services to name but a few.