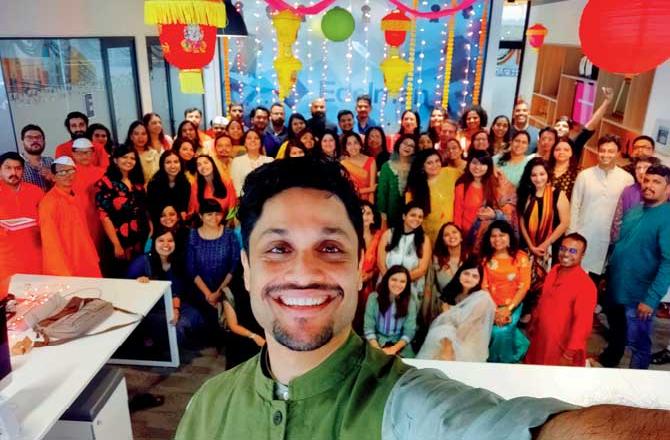 The calling out of toxic behaviour on Instagram at one of India’s top beauty and fashion retailers has young, woke professionals ask why Human Resource can’t serve the role social media does

ON July 12, the fashion and beauty industry was discussing a not-so-pleasant post put up by the anonymous and controversial handle, Diet Sabya. It carried allegations of extreme and inappropriate behaviour by a “Chief Experience Officer (CXO)” at Nykaa, a multi-brand online retailer for fashion, beauty and wellness products that’s been nothing less than a gamechanger in the market. The post said:

“A certain CXO at Nykaa. 1. Making rape jokes as common banter. ‘It’s not like she will get raped; she’d probably get molested as she is so voluptuous.’; 3. Publicly food shaming (oh you can’t even afford a glass of wine)…”.

Comments ranged from “proud to say I have never bought a single thing from Nykaa” to “cancelling a brand doesn’t do justice as many people earn from this brand” to “this sort of body/class/age/status shaming is very common in the fashion industry”.

The anecdotes listed ranged from the CXO telling an employee who had suffered a miscarriage that it was “God’s way of weaning out the weak”, to rejecting an acid attack survivor for a brand video since she had undergone surgery and wouldn’t “look like a victim”.

While the handle has often been accused of cyber bullying, and presenting one-sided stories, two former employees of the firm that was founded in 2012 confirmed that there was truth to the allegations. “She isn’t a bad boss; she is just not a great human being. But to be judged on anything other than work, is uncalled for,” said one, who had been there for five years. She told mid-day that while at the firm, she had been called out for her weight and the meals she carried to work were labelled “smelly”.

She claims that internal support was negligible and the firm’s Human Resource department was more than aware. “Nobody did anything. What they have done now is because it [the post] has gone viral on social media.” She is referring to the alleged resignation of the said senior employee. “But, it’s not just her. It’s the work culture,” she insists. Another ex-staffer shared that she had received a cold shoulder from colleagues whenever the said senior employee was miffed over a certain matter. “I once asked for half day citing personal grounds, and she offered me permission. The next day, she had told everyone I was shirking work.”

In their first reaction to the controversy, a Nykaa spokesperson told mid-day, “Nykaa is a responsible corporate employing thousands across the country. We were founded with four key values—equality, inclusion, dedication and trust. Our belief in these values requires all of us to demonstrate, in our every action, mutual respect and inclusiveness, and together create a healthy and inspiring workplace. We have certain systems in place including a Whistleblower Policy and Employee Grievance Redressal Mechanism to serve our employees. As our organisation grows, we have strengthened our internal communication and HR policies further to ensure that culture and ethics are always our top priority.”

In a 2019 survey titled Culture Studies commissioned by the Workforce Institute at Kronos, the top reasons for employee burnout included negative workplace culture/toxic team (24 per cent). Over the last few years, several top firms including Bloomberg, Uber and Amazon have been called out for toxic workplace culture. Closer home, companies like event management firm Only Much Louder have also been dragged into dirt.

Insiders say it’s as much a failure of senior management as it is of the HR departments. Have HR professionals managed to keep up at all with India’s woke culture, given that according to Morgan Stanley, millennials occupy 46 per cent of the work force? It’s no longer just about gender discrimination and sexual harassment.

Nuanced policies are required in keeping with the times, whether it’s building inclusivity for staffers who might identify as queer or ensuring class shaming has no place in the office. A media professional we spoke to wondered if her HR team would be on top of gender sensitive terminology if ever a staffer who identified as non-binary were to request that colleagues, junior and senior, address the person as ‘they’, and not ‘she’. This, according to the media professional, is necessary when the pronoun’s takeover of the singular sense, and as alternative to s/he, was gaining legitimacy around the world and in India.

Ashutosh Thatte, senior human resource manager at Edelman India, says that the public relations firm founded in 1952 has had to strive to keep up with the times. “When you are dealing with a young population, you can’t have archaic rules. We have an open-door policy, a strict redressal system, and approachability is of maximum importance,” he says. An employee engagement survey is conducted every month and they administer every new hire the Harrison Assessment test, a two-way assessment that measures the degree to which the employer and employee will meet each other’s mutual needs and expectations. In the past they have acted on complaints, and even got lawyers, he claims, to ensure everyone was heard. Edeleman Equal is an initiative that protects the rights of any staffer from the LGBTQi community.

Workplace consulting firm Emtrain, whose clients have included Netflix, Pinterest, and Yelp, surveyed 40,000 employees at 125 companies throughout 2019. The results, which were out in March 2020, revealed that “subtle social dynamics within your company that you may not be aware of have the ability to create real toxicity among your ranks”. It said that 83 per cent of employees wouldn’t report harassment if they saw it; 41 per cent aren’t confident that if they made a complaint, their management would take it seriously; and only 20 per cent employees think their managers are aware of how their power influences workplace interactions.

It would then seem that workplaces need to be extra careful when choosing the right hires, seeking employees with the right mix of talent and people management skills.

Diksha Mehta and Mitali Desai spent eight years at Viacom 18 before founding their brand licensing start-up Black White Orange Brands Pvt Ltd in 2015. Desai, who handles HR for the Bandra-based office says that as a start-up, what was most important for them was to build a positive work environment. “We have definite dos and don’ts that are enforced informally. No one is allowed to talk down to colleagues and personal comments aren’t tolerated. All cabins have their doors open at all times. It reflects our everyone-is-welcome mindset. We hire only those who we believe will fit in.”

Yash Chandiramani, 28-year-old founder and chief strategist at digital marketing firm Admatazz, says that their hiring process takes into the account the emotional quotient of employees. “I have interviewed people older to me and if I get a sense that they might allow the ego to come in the way of a decision, I give it a second thought.” They also carry out a DiSC assessment, which is a personality test. “It asks questions like, ‘if you junior does better than you, how will you handle it?’ So it allows us to reach the core of a candidate or staffer’s personality.”

Shrivallabh Kulkarni, an independent HR consultant, feels that HR professionals are custodians of employee well being. “The policies have to be inclusive and up to date at all times, as they address both specific and generic needs. Let’s remember that policies are guidelines and not rules, and should be amended and adapted.”

Maybe for now, it would serve us well to read business author Scott Mautz’s list for Inc.com on ways to improve a toxic workplace right away. On No. 4 is this: “Take an instant stand for openness. Be transparent, vulnerable, and honest in your communications.

If employees don’t feel comfortable speaking up, they’ll feel less comfortable keeping it bottled inside. And they’ll start having meetings after the meeting and spend huge energy commiserating and complaining.

#India - ‘Talk to my eyes, not to my chest’ #Vaw #Gender
Sikh Group Wants David Cameron To Repeat Jallianwala Bagh Regret Remarks
Mumbai: FIR Against Doctors If They Prescribe Swab Test Without Physical Examination
Odisha, a ‘Maoist Surrender’ that Doesn’t Add Up