Sexual violence in the U S military: appendage of a glorified institution #Vaw #mustread

It is a reflection of the misogyny and violence against women in civilian society. 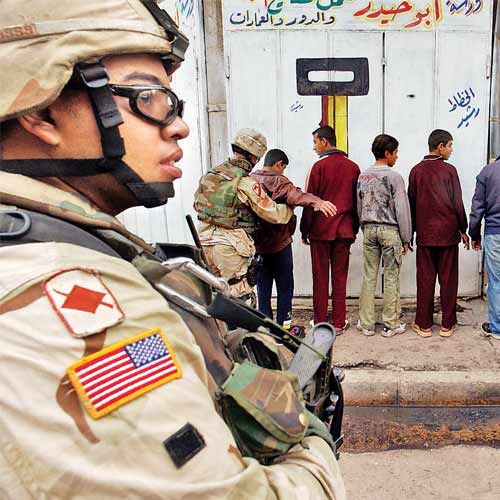 In 2005, Kori Cioca, a United States coast guard was raped and brutally beaten by her supervisor while she was in service. Like many other survivors of sexual assault in the military, she is currently suffering from PTSD (post traumatic stress disorder) and struggled for years to get paid by the Veterans Administration for her jaw surgery required as a result of the assault. She is one of the prominent interviewees in a powerful film that Kirby Dick made in 2012 titled the Invisible War that focuses on the widespread sexual abuse of US military personnel.

Kori was only one of the thousands of women (and men) who have faced sexual assault in the military in recent years. A confidential Department of Defense survey found that there were 26,000 incidents of sexual assault in 2012 though only about 2,610 of them were officially reported and about 238 were prosecuted.  The figures have increased from 19,000 in 2010 making this a major source of embarrassment for the US.

There have been some recent attempts by the Defense Secretary Chuck Hagel to address the issue. Even President Obama has asked the military to clean up their act. However, the interventions by Hagel on August 15, 2013, asking for additional protection for victims, providing legal services, and adequate follow-up of cases do not reveal any comprehensive understanding of this problem.

Sexual assault in the military is an entrenchment of the misogyny and violence against women that exists in society, which becomes even more difficult to challenge in this context due to the glorified and hierarchical nature of the institution.

The 2012 US Presidential Elections were a reminder of the societal attempts to control womens’ bodies by perpetuating and trivializing incidents of sexual violence. Representative Todd Aiken of Missouri, who was running for the Senate, infamously stated: “If it’s a legitimate rape, the female body has ways to try to shut that whole thing down.” Similarly, Indiana Senate Republican candidate Richard Mourdock commented that pregnancies caused by rape are actually intended by god. Outraged critics saw these comments as the work of right wing politicians with regressive gender politics from whom even the Republican Party would want to distance itself.

Actually, these comments reflect a more pervasive misogyny and normalization of sexual violence in society. Some of the recurring problems that face sexual assault survivors in the military are that their accounts were often not believed, they were told that they dressed inappropriately, were drunk at the time and invited the violence when they went out alone. In effect, the charge was that they consented to the violence. These arguments are commonly used against sexual assault survivors in civilian society. The issue of sexual violence in the military is then an institutionalized example of the patriarchal practices that exist in society in general.

While mirroring societal violence, what is unique about the military is that it is bound tightly by a hierarchical command structure that makes it particularly resistant to change. Unsurprisingly, one of the big debates between two US senators dealing with this issue is regarding the role of the commander in addressing sexual assault. Senator Kirsten Gilbrandt (Democrat from New York) insists that the decision to try the cases has to move outside of the immediate command structure to professionally trained (somewhat independent) military prosecutors while Senator Carl Levin (Democrat from Michigan) argues that the power to decide should remain within the structure of the military so as to show trust in the Commanders.

For now, Secretary Hagel has decided to side with the Levin proposal reflecting an inability to understand that the military command structure becomes a perfect mould for perpetuating gendered societal hierarchies and assertions of power.

After all, a major roadblock confronting sexual assault survivors in the military today is that their immediate supervisors often commit the acts of abuse. The survivors end up being voluntarily discharged or retaliated against in some form or the other because they dared to challenge their superiors.

To make matters worse, the commanders have the ability to overturn any verdict rendered during the few court martial proceedings that do take place. One of the best instances of the glorified and hierarchical nature of the military is apparent in an appeals court’s decision dismissing the Kori Cioca lawsuit in 2012. The court reiterated the Supreme Court understanding that the “service members will not have an implied cause of action against the government for injuries arising out of or incident to their military service…” This articulation prompted critics to conclude that sexual violence is an accepted occupational hazard of working in the military.

Feminist scholar Cynthia Enloe has written extensively about the long history of sexual assault being linked to a masculinist military culture on the one hand and the uncritical defence of civilian violence committed by the haloed military on the other.  While masculinist cultures inhabit other societal spaces as well, in the military they coincide and cohabit with the disciplinary hierarchy. The military had used the argument of unit cohesion and order as long as it could to perpetuate discrimination on the basis of gender, race and sexual orientation. Once formal practices of discrimination could no longer be upheld entirely, the masculinist culture has the impact of a continual assertion of power against those who occupy marginalized positions within its ranks (and outside) and the command structure enables an institutional protection of the perpetrators.

President Obama recently stated: it is critical to “stop these crimes of sexual assault and uphold the honour and the integrity that defines the finest military on earth.” It is important to remember that the uncritically glorified and hierarchical nature of the institution itself has allowed for this sexual violence to continue in this pervasive manner.

The author is an associate professor in Political Science at Drew University, Madison, New Jersey