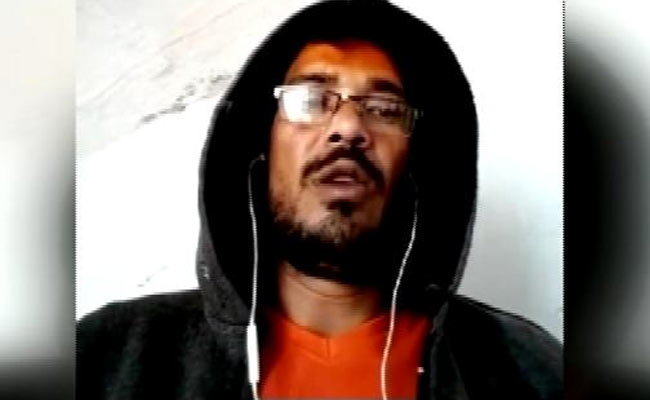 Jodhpur, Feb 19 Two videos purportedly shot by Shambhu Lal Raigar, an accused in a murder case, from inside a jail here have gone viral, wherein he claims threat to his life from an inmate and justifies his killing of a labourer from West Bengal over “love jihad“.

Raigar, who is lodged in the Central Jail here after he hacked and burnt to death Mohammad Afrazul from West Bengal in December last year, named the inmate as Vasudev, an accused in the NDPS Act.

In one of the videos, Raigar claims that the issue of “love jihad” has become “serious” and accuses the West Bengal government of not doing enough about it.

Rajasthan Home Minister Gulab Chand Kataria said they were investigating how Raigar got access to a mobile phone inside the jail.

“It would be looked into how Raigar got access to a mobile phone and how he made the videos. We have lodged an FIR and are investigating the matter,” he said.

Raigar had killed Afrazul while, in a video, ranting against “love jihad”, a term used by sections of Hindu activists to describe marriages between Hindu women and Muslim men.

In the latest video, Raigar said he was “infuriated” over a “jihadist comment”, targeting Hindu women, and that was why he had killed Afrazul.

The Jodhpur Central Jail administration said it had launched an “intense search operation” to find out how Raigar was able to make the videos using a cell phone.According to a preliminary investigation, Raigar could have used the cell phone of another inmate, but the jail authorities have failed to recover a mobile from the said inmate.

Jail Superintendent Vikram Singh said they were investigating the matter and had also reviewed the security of Raigar.

Singh said the presence of mobile phones inside the jail was a “serious matter” and added that the prison authorities were trying to find out how the phones were making their way into the prison.

Raigar was arrested from Rajsamand district of Rajasthan.

His act of killing Afrazul and latter filming the act with the help of his teenage nephew had created a nationwide outrage.

JNU Tapes: India Today unmasks ABVP attackers in a big sting
Imprisoned for speaking out in India – with Dr Binayak Sen
Muslims take body of Hindu neighbour for cremation in UP
Absurdities of A Police Inquiry in India #Mustread