Shambhu Lal Regar Killed The Wrong Man, His Target Was Another Muslim #WTFnews 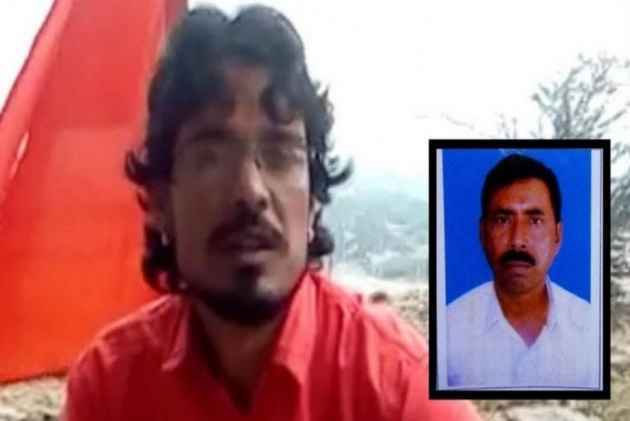 Regar wanted to kill one Ajju Sheikh because he was in contact with a girl, the police said.

The Rajasthan police have said Shambhu Lal Regar wanted to kill another Muslim man but ended up hacking and burning alive a 48-year-old migrant labourer in Rajsamand on December 6.

According to Hindi daily Hindustan, during interrogation, Regar told police that Mohammed Afrazul, a resident of West Bengal’s Malda, was not his target but he killed him by mistake.

The murder on December 6 triggered a nationwide outrage after videos of the incident went viral on social media. He also shot several videos after the murder in which he expressed his hate for Muslims. He was soon taken into custody.

“He wanted to kill one Ajju Sheikh because he was in contact with a girl. We suspect Regar had an affair with her,” Rajendra Singh Rao, police circle officer of Rajsamand, told the newspaper.

Regar reportedly went to the market at Jhalchakki to enquire about Sheikh, the police said. But he could not find him and asked a labourer for his mobile number. “The labourer might have misheard Regar or needed to get some work done and gave him Afrazul’s number,” the police said.

Regar called Afrazul on December 5, the police said. He asked Afrazul to meet him but the day the labourer was reportedly in the town of Nathdwara.

“On December 6, he called Afrazul at 9 am again and asked him to come as he wanted a boundary wall of a plot constructed,” Rao said. Around 10.30 am, he had tea with Afrazul, and moments later hacked him to death.

Meanwhile, a person was arrested on Monday in Jaipur for threatening to commit suicide in support of Regard. The man identified as Anshul Dadhich was produced before the court which sent to judicial custody for a day, reported Aaj Tak.

This incident came days after more than 30 policemen were injured in a clash with hundreds of activists of right-wing groups protesting in support of Regar in Rajasthan’s Udaipur on Thursday.

The clash between protesters and the police took place near Court Circle in Udaipur around 5 pm. The protesters also unfurled a saffron flag at the entrance of the District and Sessions court. More than 20 protesters were detained.