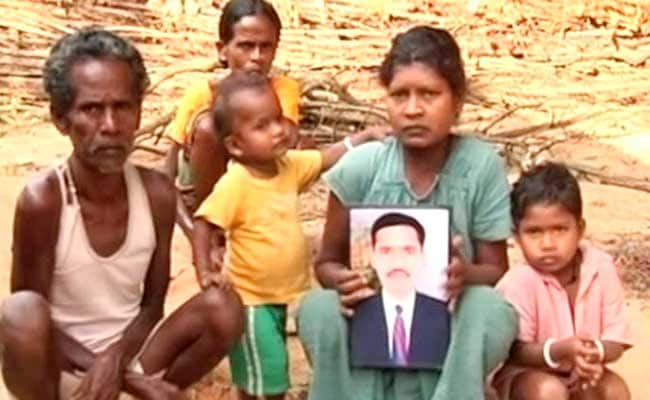 Sitting in her home at a village around 400 km from Raipur, Shamnath Baghel’s wife Vimla told NDTV that she didn’t name Nandini Sundar or anyone at all, even the killers.

Vimla says the family was sleeping on November 4, when the Maoists knocked on their door.

“When I did not open the door, they broke it down. They barged in and dragged my husband out of the house. They had guns, swords…They pointed a gun at me and asked me to stay inside. There were 15-20 men… I did not know any of them. I could not see them properly as they flashed a torch at me. They did not say a word. They took him and killed him on the road,” said Vimla.

Did they take the name of Nandini Sundar? “No,” she said, adding that she gave no names to the police.

There is outrage over Ms Sundar and other activists being named in the First Information Report on the murder of Baghel, who was part of an anti-Maoist vigilante group in his village.

A police officer, SRP Kalluri, said: “The victim’s wife has alleged that Nandini and other workers held meetings in the area and that was provocative. There were threats received that Baghel will be eliminated if he doesn’t mend his ways.”
Mr Kalluri also declared that “activists are enemies because they incite the people of India”.

He has been accused of vendetta and targeting activists. Ms Sundar alleged that the officer is afraid of being incriminated in a case filed by activists and is trying to frame her.

Vimla Baghel’s one-page statement released by the police described the attack and repeatedly named the attackers. It also said that her husband had shouted at his attackers, who had then accused him of trying to block Ms Sundar’s visits.

The sheer details and six names raised many questions about the statement.

Watched by Maoists as well as the police, and after hours on the road, NDTV reached Baghel’s house and spoke to his wife.

Policemen insisted that they acted on Vimla Baghel’s statement.

The Chhattisgarh government told the Supreme Court today that it will not arrest the professors at least until the case is heard on Tuesday.http://www.ndtv.com/india-news/anger-and-scramble-to-stash-cash-in-black-money-squeeze-foreign-media-1623987