‘She Said I Love You, Kissed Him’: Argument That Led to Reprieve for Mahmood Farooqui in SC 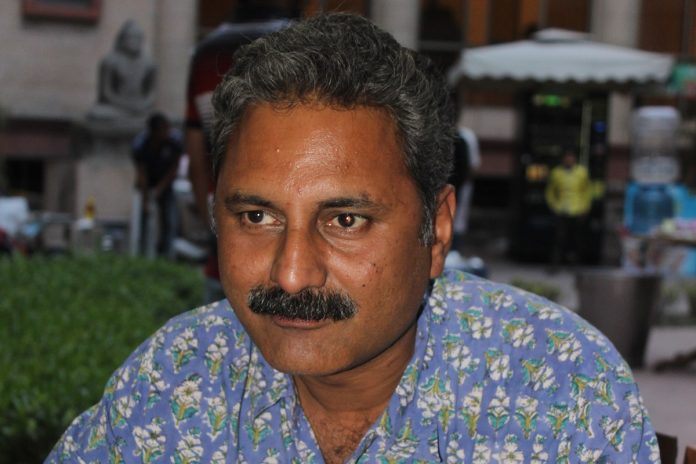 The bench dismissed the plea to examine the Delhi High Court judgment while rejecting a US woman’s appeal against exoneration of Peepli Live co-director Mahmood Farooqui in 2015 rape case.

New Delhi: The Supreme Court on Friday refused to interfere with a judgment that has held that a “No” may not always mean a “No” in acts of passion.

A bench of Justices SA Bobde and L Nageswara Rao further declined to keep the point of law open as to whether the denial of ‘consent’ has to be in emphatic terms when parties know each other since a “feeble No may even mean a Yes”.

The bench dismissed the plea to examine the Delhi High Court judgment while rejecting a US woman’s appeal against exoneration of Peepli Live co-director Mahmood Farooqui in 2015 rape case.

Here are the arguments that led the Court to discredit complainant’s version:

Judge: This isn’t a case where strangers met and something happened. It is out of a relationship. They had met several times.

Vrinda Grover, lawyer for complainant: Yes. But there was no sexual relationship between them.

Judge: We are not using the term ‘relationship’ colloquially.

Vrinda: Yes, they were not in a relationship where she had consented for it.

Judge: But even according to her own evidence, she went to his house, they wanted to have drinks, and do several things together.

Vrinda: Having a drink doesn’t mean that she consented for anything more.

Judge: We are not judging that. All that we are saying is they were not strangers.

Vrinda: Yes my lord and I have never denied that. In fact, I have said this multiple time in my evidence. And since they were not strangers, there is so much emphasis on her consent. Going to his house or having a drink together cannot tantamount to a consent.

Judge: It is a very hard case. But we think it has been extremely well decided by the High Court.

Vrinda: But the High Court has not even gone by the law. Under Section 375, in Explanation 2, the consent has been clearly defined. It has to be categorical, unequivocal and voluntary and needs to be expressed. It has to mean an unequivocal willingness. And she is on record saying she did not consent.

Judge: So, how did she communicate that she didn’t have the consent?

Vrinda: She said no, several times…

Judge: Initially yes…but later there is a response wherein she says she faked (orgasm). People give fake smiles all the time. But how could the alleged accused know it was fake.

Judge: She said she was afraid but what she did was completely contrary to someone who would be afraid.

Vrinda: That is because she knew him and had met him several times. Such peculiarities would occur when you know your perpetrator.

Judge: Why don’t you read your email, don’t shy away. You have to read it when the Court asks you to.

Vrinda: I am not shying away my lord. It is my email and I have placed it on record before the court, not the accused.

Judge: Your email says in the end, she consented, you are not just good friends.

Vrinda: If you are strangers, complexity around ‘consent’ never has to arise. There is no question of consent when you are forced upon by a stranger and this is why it becomes extremely important to scrutinise the HC order, which tends to put the concept of ‘consent’ on its head and ignores the legal principle and that the onus cannot be on the victim…

Judge: But as the facts are borne out, you tell us why could the alleged accused not understand that she is consenting? Why don’t you read your email further?

Vrinda: Okay my lord. (She reads out the part of the email in which the US woman has mentioned the forced oral sex by the accused. It also mentions the complainant as saying “I do love you but…”)

Vrinda: I say it again that they were friends and friends do say ‘I love you’ to each other. Apart from this, there could be myriad similar circumstances. Such a thing can happen in a case of incest.

Judge: No, no… Don’t talk about all that. Come back to the facts of this case.

Vrinda: But my lord, (I) only wanted to know in what kinds of situations, a victim can still say ‘I love you’ to her perpetrators.

Judge: How many times she went to his house? When we say alone, we mean unforced, willingly.

Vrinda: May be two or three. But this was the only time she had gone there alone. But she was known to the accused, his wife and therefore, going to his house cannot mean anything.

Judge: We are not saying that if somebody’s house several times, you give up your right to alleged rape by that person but her own statement is that she went to his house many times.

Vrinda: Be that may my lord but when it is about sexual relationship, it cannot be anything short of positive affirmative willingness. It cannot be that a ‘feeble no’ would mean a ‘yes’, as the Delhi High Court has ruled.

Judge: The evidence here indicates a certain nature of relationship that you had with the alleged accused. Look at the records. It says you visited his house when his wife was present. And when his wife was in the kitchen, you both kissed each other.

Vrinda: Yes. And it is my statement. The accused has completely denied having any relationship with me but I have accepted this. But does this deprive me of the right to say that I did not have the consent when the accused tried to force himself upon me? Kiss or no kiss, for a sexual relationship, there must be an unequivocal consent given at that particular time.

Judge: Okay, leave all that. You tell us that in law, why it was impossible for the High Court to have taken this view?

Vrinda: First aspect is whether a court, citing two kisses, would presume a ‘consent’ by a woman at all times and for all kinds of sexual act? Prior intimacy will not denude her of the right to say ‘no’ at any time. Second, the High Court has indulged in gender stereotyping but has completely failed to appreciate evidence in terms of settled legal proposition and the definition of ‘consent’ under the amended law.

Judge: No… We won’t interfere with the High Court judgment. It is a well-decided judgment.

Vrinda: Please issue a notice at least. Here is a rape victim challenging an acquittal when the man was convicted by the trial court.

Vrinda: So my lord, dismiss this case but at least keep the question of law open as far as the High Court has interpreted ‘consent’ since this will set a very wrong precedent. This tends to put the onus on the victims to prove how she did not consent and how she assured the accused knew about her denial.