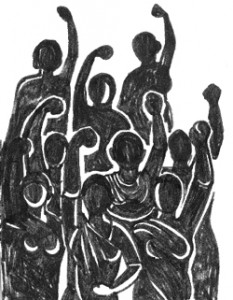 BHUBANESWAR: What are the chances that a woman gets pregnant after undergoing a family planning surgery? Doctors say it is very rare. However, as many as 354 women got pregnant in Odisha after going under the knife in just last one financial year (2015-16).

Total 1.14 lakh women underwent tubectomy, the surgery to prevent pregnancies, in the state in 2015-16. In case of 354 of them, the surgery failed. They became pregnant again. The government had to give them Rs 1.06 crore compensation @Rs30,000 each.

In the last three financial years (2013-14, 2014-15 and 2015-16), total 992 women out of 3.54 lakh women who underwent tubectomy faced unwanted pregnancies after the surgery, written information submitted by health minister Pradip Amat in the ongoing budget session of the assembly shows.

Doctors are baffled. “There are chances of failure. But the number seems very high,” said Dr R K Purohit, a gynaecologist. “The failure should be extremely rare, 0.01% or even less,” said Raj Kumar Ghosh, a former director of family welfare. However, the 354 failure among 1.14 lakh women works out to be 30 times more at 0.3%.

A woman, wife of a doctor in Bargarh town, who became pregnant two years after undergoing such a surgery said, “It was a rude shock for me. My gynaecologist explained me it is possible. I had no way to figure out why it happened.”

Doctors said the failure could be due to three main reasons. “In some women, the fallopian tube regenerates after being cut as part of the surgery to stop pregnancy. So, they become pregnant again, for which one can’t do anything. If surgeries are done just after delivery, regeneration chances are higher,” said a doctor.

In certain cases, the women may be already in the very early stage of pregnancy when they undergo the surgery. To avoid failure of this type, they should plan the procedure during or immediately after menstrual cycle while not having physical contact with their spouses. Thirdly, it could be due to surgeons’ errors when the surgery is not properly done.

While doctors explain women’s pregnancies post-tubectomy, men are also becoming fathers after undergoing sterilization, what is called vasectomy. In the past three years, six men became fathers after they underwent vasectomy. “The spermatic chord can also regenerate,” Dr Purohit said.