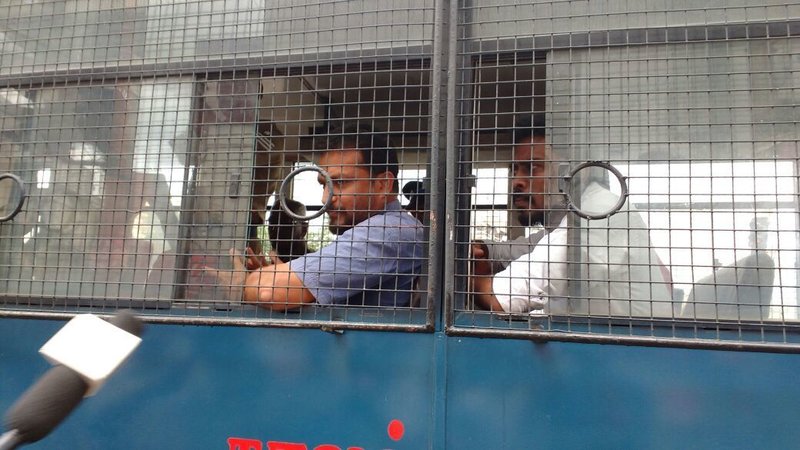 CHENNAI: The State Human Rights Commission, Tamil Nadu, on Monday said it would look into the allegations of physical and mental torture of Salem-based environmental activist Piyush Manush by police.

“We have received the case and have filed it as ‘urgent’ as he is in jail right now. We will assign a case number by this week and a hearing will follow after that,” a spokesperson for SHRC told TOI.

Members of several NGOs held a press conference in Chennai on Monday and told the media that Piyush was arrested for questioning the authorities over the construction of a rail over-bridge in Salem.

Piyush, along with Eesan Karthik and Muthu of Salem Citizen’s Forum, protested against Southern Railway for beginning the construction of an over-bridge without giving prior notice to the people in the area and without acquiring the necessary land.

They were booked under several sections of the Indian Penal Code including wrongful restraint, assault or criminal force to deter a government servant from discharging official duty and criminal intimidation. “He was kept in solitary confinement and was beaten up. This is what his wife told us,” said Sunder Rajan, part of Poovulagin Nanbargal, a network of environmentalists.

A press release from a group of activists including Madhumita Dutta from Chennai Solidarity Group and Radhika Rammohan from Safe Food Alliance said that Piyush was being denied basic rights.

“According to Monika Sethia, Piyush’s wife, and his counsel advocate Mayan, Piyush is being subjected to physical and mental harassment and not allowed to receive reading material or allowed to speak to his wife,” said the release.

“On Friday, Piyush informed his lawyer that he was abused by a group of unknown persons numbering nearly 30 inside the prison, several times,” it added.

Piyush got support from across the country. Social activist Medha Patkar tweeted in support of Piyush: “Piyush is not a criminal. He is a crusader for green cause at forefront of citizens movement.”http://timesofindia.indiatimes.com/city/chennai/SHRC-to-look-into-alleged-torture-of-environmental-activist-Piyush-Manush-by-Tamil-Nadu-police/articleshow/53269331.cms