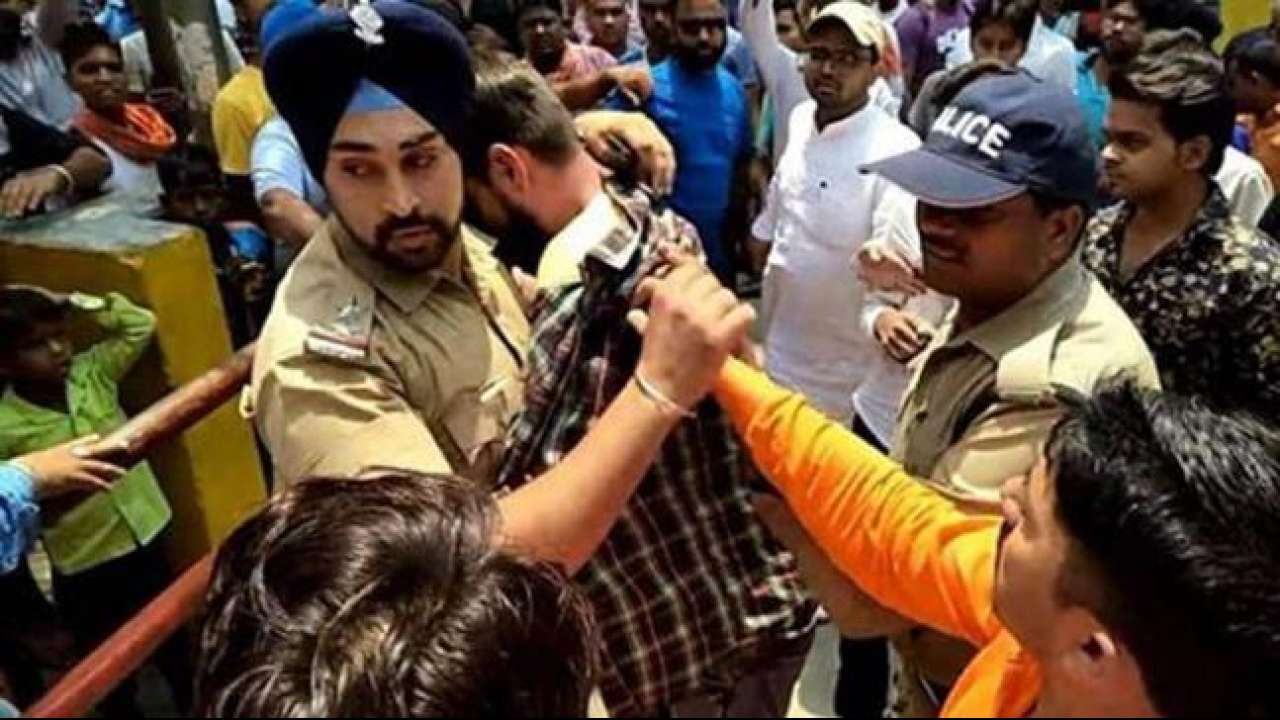 Gagandeep Singh goes on leave after death threats for saving lovers from mob. 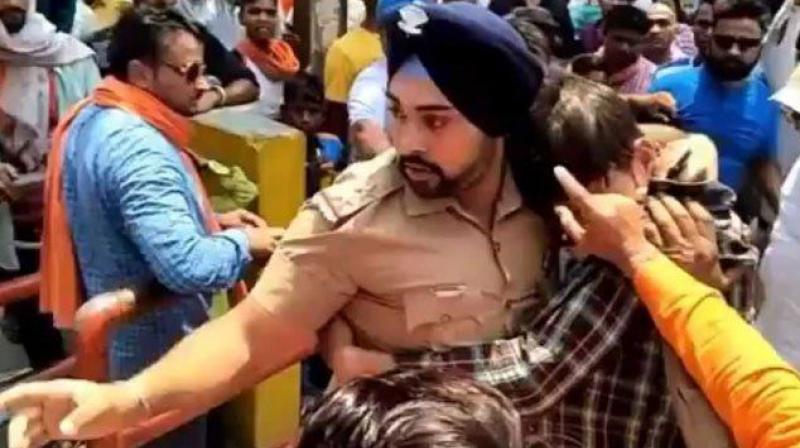 Inspector Gagandeep Singh and the Muslim youth he saved from the mob in Ramnagar last week. File pic

Dehradun: Gagandeep Singh, the  hero of Uttarakhand last week, has become a villain now. The police inspector in Ramnagar who shot to fame after saving a Muslim boy from a lynch mob which attacked him for being with his Hindu girlfriend on the premises of a temple is now flooded with death threats. The reason: he defended “indecent behaviour”.

Mr Singh is now sent on leave, say his colleagues. Mr Singh earned a lot of fans after the video of him saving the couple went viral on social media. The mob was alleging love jihad by the Muslim youth when the police officer intervened and saved him. In the process, he received several blows on him, too.

The local BJP politicians are also angry with the inspector. “It is not right for the Muslims to bring Hindu girls to the temple,” BJP MLA Rakesh Nainwal is quoted as saying. “They know that it is a temple and it is a pious place.” Rajkumar Thukral, another BJP MLA, is quoted as saying that it was an attempt to hurt the Hindu community’s religious feelings. He questioned the act, saying when Hindus do not go to mosques knowing it is not a place for them, why the Muslims come to the temple.

However, the local residents do not seem to share the sentiments of the BJP leaders.

“When a boy and a girl go somewhere together by choice, then how can these right-wing groups call it a case of love jihad and attack them?” Ajit Sahni, a resident of Ramnagar, is quoted as saying.