Silencing criticism will not harbour respect for the judiciary, Your Honour 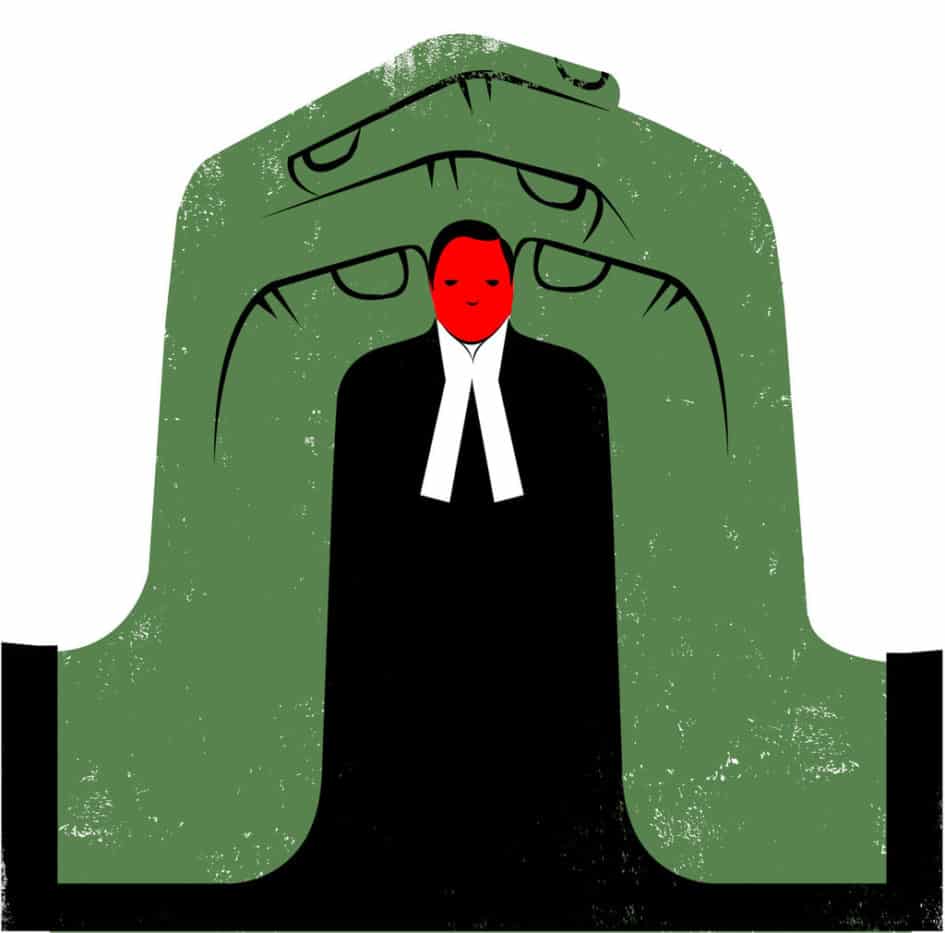 These are strange times we are going through right now. The pandemic has brought all activities to a virtual standstill. Even as workplaces and institutions are slowly and tentatively getting back on their feet, the focus is on ensuring that the more important things get done first. Priorities are being identified accordingly. For the Supreme Court of India, identifying priority cases to take up first (in a pandemic-constricted schedule) ought not to be very difficult: there are dozens of constitutional cases that need to be desperately addressed, such as the constitutionality of the Citizenship (Amendment) Act, the electoral bonds matter, or the issue of habeas corpus petitions from Jammu and Kashmir. It is disappointing that instead of taking up matters of absolute urgency in these peculiar times, the Supreme Court chose to take umbrage at two tweets. It said that these tweets “brought the administration of justice in disrepute and are capable of undermining the dignity and authority of the institution… and the office of the Chief Justice of India in particular….” Its response to these two tweets was to initiate suo motu proceedings for criminal contempt against the author of those tweets, the lawyer and social activist, Prashant Bhushan.

This need to “respect the authority and dignity of the court” has monarchical origins from when the King of England delivered judgments himself. But over the centuries, with this adjudicatory role now having been handed over to judges, showing extreme deference to judges does not sit well with the idea of a democracy. The U.K. Law Commission in a 2012 report recommending the abolition of the law of contempt said that the law was originally intended to maintain a “blaze of glory” around courts. It said that the purpose of the offence was not “confined to preventing the public from getting the wrong idea about judges… but that where there are shortcomings, it is equally important to prevent the public from getting the right idea”.

A wide field in India

The objective for contempt is stated to be to safeguard the interests of the public, if the authority of the Court is denigrated and public confidence in the administration of justice is weakened or eroded. But the definition of criminal contempt in India is extremely wide, and can be easily invoked. Suo motu powers of the Court to initiate such proceedings only serve to complicate matters. And truth and good faith were not recognised as valid defences until 2006, when the Contempt of Courts Act was amended. Nevertheless, the Delhi High Court, despite truth and good faith raised as defences, proceeded to sentence the employees of Mid-Day for contempt of court for portraying a retired Chief Justice of India in an unfavourable light.

It comes as no surprise that Justice V.R. Krishna Iyer famously termed the law of contempt as having a vague and wandering jurisdiction, with uncertain boundaries; contempt law, regardless of public good, may unwittingly trample upon civil liberties. It is for us to determine what is the extent of such trampling we are willing to bear. On the face of it, a law for criminal contempt is completely asynchronous with our democratic system which recognises freedom of speech and expression as a fundamental right.

An excessively loose use of the test of ‘loss of public confidence’, combined with a liberal exercise of suo motu powers, can be dangerous, for it can amount to the Court signalling that it will not suffer any kind of critical commentary about the institution at all, regardless of how evidently problematic its actions may be. In this manner, the judiciary could find itself at an uncanny parallel with the executive, in using laws for chilling effect.

Besides needing to revisit the need for a law on criminal contempt, even the test for contempt needs to be evaluated. If such a test ought to exist at all, it should be whether the contemptuous remarks in question actually obstruct the Court from functioning. It should not be allowed to be used as a means to prevent any and all criticism of an institution.

Already, contempt has practically become obsolete in foreign democracies, with jurisdictions recognising that it is an archaic law, designed for use in a bygone era, whose utility and necessity has long vanished. Canada ties its test for contempt to real, substantial and immediate dangers to the administration, whereas American courts also no longer use the law of contempt in response to comments on judges or legal matters.

In England, too, from where we have inherited the unfortunate legacy of contempt law, the legal position has evolved. After the celebrated Spycatcher judgment was delivered in the late 1980s by the House of Lords, the British tabloid, the Daily Mirror, published an upside-down photograph of the Law Lords with the caption, “You Old Fools”. Refusing to initiate contempt action against the newspaper, one judge on the Bench, Lord Templeton, reportedly said, “I cannot deny that I am Old; It’s the truth. Whether I am a fool or not is a matter of perception of someone else.. There is no need to invoke the powers of contempt.” Even when, in 2016, the Daily Mail ran a photo of the three judges who issued the Brexit ruling with the caption “Enemies of the People”, which many considered excessive, the courts judiciously and sensibly ignored the story, and did not commence contempt proceedings.

But Indian courts have not been inclined — or at least, not always — to display the same maturity and unruffled spirit as their peers elsewhere. An exception lay in Justice S.P. Bharucha’s response to Arundhati Roy’s criticism of the Supreme Court for vacating the stay for constructing a dam: although holding that Ms. Roy had brought disrepute to the Court, nothing further was done, for “the court’s shoulders [were] broad enough to shrug off [these] comments”. But this magnanimity was sadly undone when contempt proceedings were initiated against the author for leading a demonstration outside the court, and filing an affidavit, where she said “it indicates a disquieting inclination on the part of the Court to silence criticism and silence dissent, to harass and intimidate those who disagree with it. By entertaining a petition based on an FIR that even a local police station does not see fit to act upon, the Supreme Court is doing its own reputation and credibility considerable harm”. For “scandalising its authority with mala fide intentions”, she was punished for contempt of court, and sentenced to a day’s imprisonment, with fine.

It is regrettable that judges believe that silencing criticism will harbour respect for the judiciary. On the contrary, surely, any efforts to artificially prevent free speech will only exacerbate the situation further. As was pointed out in the landmark U.S. case of Bridges v. California (1941), “an enforced silence would probably engender resentment, suspicion, and contempt for the bench, not the respect it seeks”. Surely, this is not what the Court might desire.

Two observations and a link

Simultaneous with the Indian Supreme Court’s decision to commence contempt proceedings against Mr. Bhushan, the Pakistan Supreme Court hinted at banning YouTube and other social media platforms, for hosting what it termed ‘objectionable content’ that ‘incited hatred’ for institutions such as the army, the judiciary, the executive, and so on. The eerie similarity between the two sets of observations raises concerns about which direction the Indian Supreme Court sees itself heading. One can only hope that these fears are unwarranted.