All Indian parties have construed Maoism as a threat and all of them, from the Congress to the Trinamool Congress, have been draconian in their own way. But what is different this time in not just that there are operations or arrests. 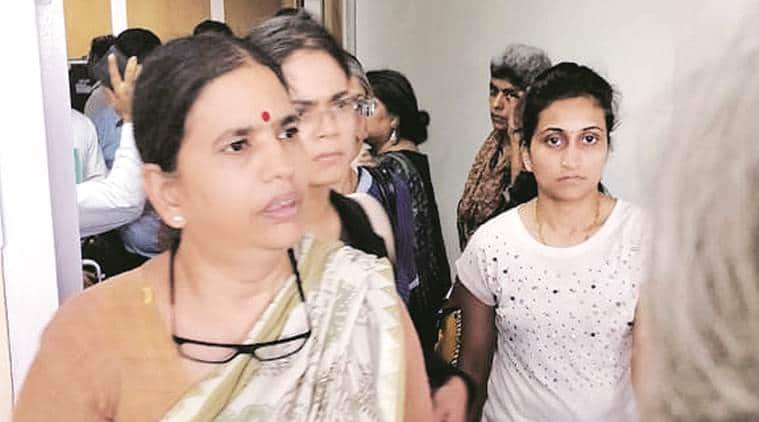 These arrests came just at the moment when those groups were in the spotlight for the organised killing of intellectuals.The arrests of, and raids on, some of India’s most credible human rights advocates like Sudha Bharadwaj and others is a chilling moment. It is the sign of a cowardly, arbitrary and oppressive state that will use any means to intimidate dissenters. Much has been written about the legal and civil rights aspects of these cases. But it is important to not lose sight of the political and rhetorical specificity of the moment in which these cases have been filed. They are not isolated cases, they are just one element in the production of a new and dangerous ideological complex.

Three appalling realities have in the past hobbled the democratic legitimacy of the Indian state. It is not a piece of whataboutery to remind ourselves that laws like the Unlawful Activities (Prevention) Act, and other sedition laws have been misused and abused consistently. Their very existence is a scandal. No political party has had the courage to oppose them. Second, as one of the raided, Anand Teltumbde, pointed out brilliantly in his work, the state has used fear-mongering to suppress those who most actively do advocacy on behalf of marginalised groups like the Adivasis and Dalits.

The Maoists can be a menacing threat in localised contexts. But we use Maoism as a pretext to delegitimise genuine rights claims of the marginalised, to stigmatise their political agency as a threat to the state. It also makes it easy for the privileged to crowd out the genuine moral claims of Dalits and tribals by consistently portraying them as a sinister threat. A state that cannot distinguish between a genuine moral claim and subversive threat will be its own undoing. Third, no party is committed to independent credible policing, or a less than Kafkaesque legal system, that can address genuine threats without politicisation or partisanship. These are enduring blots on us.

But this general backdrop cannot excuse the specificity of what is going on. The most alarming aspect of the current situation is that these specific arrests and raids are a pretext for something even more sinister: The creation of permanent internal war. This is an excuse to say that the nation is always under peril — first from anti-nationals, then the urban Naxals, and maybe next will be Homo sapiens. The idea of a nation under constant peril is the pretext for legitimising excessive state power, it is the pretext for targeting your opponents as traitors, and it is the pretext for creating the conditions where the necessity of a “strong” leader who can confront the peril becomes an inevitability.

All Indian parties have construed Maoism as a threat and all of them, from the Congress to the Trinamool Congress, have been draconian in their own way. But what is different this time is not just that there are operations or arrests. There is a massive and compliant propaganda machinery that whips up this threat into a generalised political McCarthyism, night after night. The goal is to create a society where we find treason everywhere. It is to enshrine suspicion as the default political mode of operation because suspicion will ensure we prey upon each other as citizens rather than collectively hold the state accountable.

It is also not an accident that the exaggeration of these threats serves as convenient distraction in three senses. These investigations were started in the context of the Bhima Koregaon agitation. Those investigations also seem to be repeating elements of the profound moral and legal inversion this government has produced: The victims are construed as the perpetrators and the perpetrators as heroes of an ideological cause. Conspiracy theories are usually baseless or assume too much cleverness. But it is hard not to be appalled by the fact that there seems to be a serious attempt to turn away the spotlight from the fact that groups speaking in the name of Hindutva are becoming the most serious and violent threats to the constitutional order of the republic.

These arrests came just at the moment when those groups were in the spotlight for the organised killing of intellectuals. What better for a republic than that, when faced with a real threat, conjure up an exaggerated one?
The second sense of distraction is the more generalised: Polarisation. We always assumed the potential polarisation will come from Hindu-Muslim issues. There are elements of that. But there is another polarisation playbook that can appease the secular and make every Twitter warrior feel virtuous: The nation.

For a government that promised a focus on the economy it is remarkable how much it wants public discourse to not focus on the economy. We should give government carte blanche on the economy, while the citizens take up the mantle of national security, finding a subversive in every lawyer, a potential terrorist in every intellectual, a violent revolution under every constitutional claim. Another wonderful inversion.

The third sense of distraction is the state’s attempt to impugn the autonomy of genuine social movements. The traditional social movements, labour, farmers, have often dissipated in the face of contradictory economic interests and political factionalisation. But pivotal Dalit and Adivasi movements still remain potent and the state neutralises them by ideologically attacking them.

I do not personally know any of those who have been targeted. But Teltumbde’s work has been an indispensable guide to anyone thinking of caste politics in India. Sudha Bharadwaj’s work has been exemplary in its courage and commitment to the moral vision of the Constitution. She was kind enough to preside over the Krishna Bharadwaj memorial lecture I delivered at Jawaharlal Nehru University, a lecture which the JNU administration tried to prevent from being held. These quotidian facts only underscore that this assault is really about intimidating intellectuals and curtailing advocacy.

It is also part of the larger ideological complex of branding life in public universities as more of a threat to the nation than an intolerant nationalism. Arun Ferreira’s Colours of the Cage, is a searing portrait of the Indian criminal justice system. Whatever you think of his ideology, the book should make you sit up and think about the torture that is at the heart of our state.

This may not be a declared Emergency. And, statistically, the crackdown might pale in relation to the Emergency. But the Emergency was merely about power. What we are seeing is something more insidious: The production of a psychological complex where everyone is a traitor. It is time for the courts and civil society to push back against a power that seeks to not just imprison our bodies, but stultify our souls.

The writer is vice-chancellor, Ashoka University. Views are personal

Casteism: The stupidity of those who think they are superior
JOIN PROTEST DEMO ON MARUTI WORKERS REPRESSION
Odisha, more tribal voices against mining
How smartphones are killing the planet