The six wealthiest countries in the world, which between them account for almost 60% of the global economy, host less than 9% of the world’s refugees, while poorer countries shoulder most of the burden, Oxfam has said.

According to a report released by the charity on Monday, the US, China, Japan, Germany, France and the UK, which together make up 56.6% of global GDP, between them host just 2.1 million refugees: 8.9% of the world’s total. 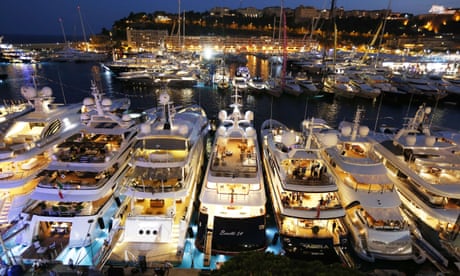 Richest 62 people as wealthy as half of world’s population, says Oxfam

Of these 2.1 million people, roughly a third are hosted by Germany (736,740), while the remaining 1.4 million are split between the other five countries. The UK hosts 168,937 refugees, a figure Oxfam GB chief executive, Mark Goldring, has called shameful.

In contrast, more than half of the world’s refugees – almost 12 million people – live in Jordan, Turkey, Palestine, Pakistan, Lebanon and South Africa, despite the fact these places make up less than 2% of the world’s economy.

Oxfam is calling on governments to host more refugees and to do more to help poorer countries which provide shelter to the majority of the world’s refugees. “This is one of the greatest challenges of our time yet poorer countries, and poorer people, are left to shoulder the responsibility,” said Mark Goldring, chief executive of Oxfam GB. “It is a complex crisis that requires a coordinated, global response with the richest countries doing their fair share by welcoming more refugees and doing more to help and protect them wherever they are.

“Now more than ever, the UK needs to show that it is an open, tolerant society that is prepared to play its part in solving this crisis. It is shameful that as one of the richest economies the UK has provided shelter for less than 1% of refugees.”

According to the UNHCR Globals Trends 2015 report, more than 65 million people have left their homes due to violence, war and human rights violations, the highest number since records began. Most of these (40.8 million) are displaced within their own country, with 21.3 million as refugees and 3.2 million awaiting asylum decisions in industrialised countries. The conflict in Syria has played a large role in this displacement, as have conflicts in Burundi, Central African Republic, Iraq, Nigeria, South Sudan and Yemen.

Many people flee to neighbouring countries, such as from Syria to Jordan and Turkey, which host the most refugees in the world: 2.8 million in Jordan and 2.75 million in Turkey.

The Oxfam report says some wealthy countries are making it harder for refugees to arrive and not easier, citing the refugee deal struck between the EU and Turkey in March as evidence.https://www.theguardian.com/world/2016/jul/18/refugees-us-china-japan-germany-france-uk-host-9-per-cent?CMP=share_btn_fb

My Lords, this is a brilliant, authentic critique of Indian judiciary
Documentary filmmaking threatened by court ruling
Smriti Irani Vs Doctor's Family Over Weekend Accident On Highway
Delhi Doctor detained With 70 Lakhs In Cash. All In Rs. 100 Notes