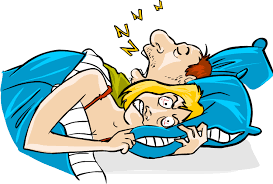 Representative image
AHMEDABAD: Following the reluctance of an insurance company to consider snoring a disease, a consumer courtordered it to reimburse the sum a patient paid for a device to cure the condition.

The Consumer Dispute Redressal Forum in Bhavnagar district ordered National Insurance Co Ltd to pay Rs 72,850 with 8% interest to one Narendra Kansara, who bought an auto C-PAP machine which a doctor prescribed to him.

Kansara, 45, approached a local doctor, Amit Patel, with his snoring problem. Unable to get enough sleep, he was worried about the adverse effect on his health. A sleep study test (polysomnography) was conducted in December 2014 to gauge the sleeping disturbance. The doctor told him that there is no cure to the problem except a C-PAP machine. Kansara bought the device.

Kansara’s lawyer argued that snoring is definitely not a disease, but it is a symptom of various health issues like blood pressure, insufficient sleep, breathlessness etc., and their treatment is covered under the policy.

After the hearing, the consumer court said the insurance company could not prove on record that snoring can’t be considered a disease. Moreover, it used an order passed by a Chhattisgarh consumer court as reference, which ordered an insurance company to pay for a client’s C-PAP device.http://timesofindia.indiatimes.com/city/ahmedabad/consumer-court-makes-insurance-firm-pay-for-treatment-to-cure-snoring/articleshow/57227196.cms