Socio Economic Profile of Muslims in Maharashtra- A Study 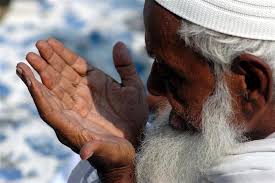 Maharashtra’s multicultural milieu is marked by crucial contribution made by Muslims. The Sachar Committee Report, 2006 stated that the condition of Muslim in Maharashtra demands special attention of the state where the Muslim members are the biggest religious minority. Seven surveys commissioned by the Maharashtra State Minority Commission to Tata Institute of Social Sciences (TISS) , Nirmala Niketan’s College of Social Work of Mumbai University and Research Centre for Women’s Studies of SNDT Women’s University that were submitted in 2011 discovered that a very large proportion of Muslims live in very dismal economic conditions. Nearly 1/3rd of the respondents in the TISS research reported an annual household income of less than Rs.10,000, 24.4% between Rs. 10,001-Rs.20,000, 7.5% between Rs.20,001-Rs.30,000, 3.8% between Rs.30,0001-Rs.40,000, 1% between Rs.40,001-Rs.50,000 and 5.6% above Rs.50,000. In the 21st century, limited occupational diversification is noticed among educated middle class Muslims in the cities of the state due to new openings in IT and construction industry.
As per the census 2011, Maharashtra’s Parbhani and Nanded districts had 30% Muslim population and Malegaon and Bhiwandi were Muslim majority Cities. Mumbra and Kashi Mira in thane district are emerging as new hub for economic activities, technical education institutions and community work among Muslims. In Malegaon block of Nashik district, highest percentage of Muslim community is to be found (42.5 %) as a proportion to the total population followed by Bhiwandi in Thane (35.8 %), Nanded (26.5 %), Aurangabad (25.5 %) and Parbhani (25.1 %). Marathwada as a region had a late integration and betrays a story of neglect. In Malegaon of Nashik district Muslims are mainly concentrated in the urban area (70.96%) as compared to rural areas of Malegaon (3.6%). Among the tehsils, highest percentage of Muslim community is found in Shrivardhan tehsil of Raigarh district (20.26%),and nearly similar in percentages in both the rural and urban areas. In Vidarbha region, in Akola, Yavatmal and Amaravati Muslims constitute 8.3% of the total population.

In a state level survey by the Minority Commission in 2011, it was found that nearly 32.4 per cent of Muslims reported as being ‘a worker’ as compared to 42.5 per cent of total population in the state. Among Muslims the work participation rate was reported higher among men (49.97 %) as compared to women (12.67 %). Muslims in rural Maharashtra reported nearly 38.12 per cent as worker as compared to 29.97 per cent in urban areas. Among Muslim men not much difference was observed in rural and urban areas as compared to Muslim women population. Nearly one forth of Muslims women living in rural areas reported as workers, while it was only 6.3 per cent in urban areas.
Among Muslims in Maharashtra, nearly 70.7 per cent engaged in category of work activities such as semi skilled and skilled informal sector work such as carpentry, masonry, electrician, plumber, mechanic, manual labour, coolie job, solid waste management, butchery, weaving, beadwork, jari and embroidery work, tailoring, hawking, petty trade, pulling cycle rickshaws and handcarts, driving four wheelers and heavy vehicles ; nearly 8 per cent as cultivators, mainly small and marginal farmers; 17.6 per cent as agricultural labourers and 3.6 per cent in household industry. The proportion of Muslim population involved in cultivation and agricultural activities is lesser than their counterparts in Hindu as well as total population in Maharashtra, however, Muslim’s involvement in household industry and other category of activities is higher than them. In rural areas a higher percentage of Muslim population has reported as agricultural laborers as compared to Hindu population, while the proportion of Hindu population reported as cultivators is more than double than the Muslim population.

Nearly 44 per cent of Muslim women workers reported as agricultural labourers, and their proportion in rural areas is 61.6 per cent. Among Muslim population, the involvement in other category of activities is higher among men as compared to women, in both rural and urban areas. It should be noted that nearly 70 per cent of Muslim population in the state of Maharashtra is found in urban areas where non-agricultural activities dominate.

In the NSS 60th round in 2004 in which information on land cultivated was collected revealed that ‘having no cultivable land’ percentage was much higher among Muslim household in Maharashtra as compared to their situation in the rest of India. From 1993-94 to 2004-05 the situation remained similar. In 2007-08, land possession data showed that Muslim household possessed less land or no land in higher proportion than Hindu households. In urban areas possession of land was much less.

In Greater Mumbai (NFHS 2 and NFHS 3) and Nagpur (NFHS 3) data were collected from slum and non-slum areas. Both survey clearly show that Muslim household in these districts were living in much higher percentage in slum areas as compared to Hindu and Christian households. Large majority of Muslims in Bhivandi, Mumbai, Malegaon and over 40 towns declared as minority population concentrated, live in ghettos without basic amenities such as safe drinking water, electricity, toilets, proper roads, closed gutters. The ghettoization is detrimental to the long term well-being of the community as well as for national integration. Very small percentage of other minority groups lives in slums. It indicates that majority of Muslim in the cities in Maharashtra is mostly engaged in the low paying skilled, semi skilled or unskilled jobs owing to their low educational qualifications.

Socio -economic Infrastructure
Muslims in Maharashtra are a highly deprived community in terms of several socio-economic indices. Their employment pattern is highly skewed towards lower level activities in the tertiary sector with hardly any occupational mobility. The access of Muslims to bank credit is low and inadequate; the community has one of the lowest monthly per capita expenditure (MPCE), and lowest representation in the public sector employment. In response to persistent exclusion of Muslims from development efforts, the Ranganath Mishra Commission Report (2007) had asked for 10% reservation for Muslims in central and state government jobs and 6% within OBC quotas for Muslim OBCs, and the inclusion of Muslim and Christian dalits in the scheduled castes list and Equal Opportunities Commission to be set up expeditiously. But these recommendations are yet to be implemented. Muslim communities throughout the state have complained that to avail any government scheme, agents charge Rs. 1000/- for fulfillment of formalities/paper work and if the amount is granted by the state, they disappear with money. Hence it is important to monitor the implementation of the schemes thro’ voluntary organizations/NGOs/potential beneficiaries. The Muslim community lags behind severely in political representation. The number of Muslim MLAs is 5. The number of Muslim MLCs is 11. Representation of Muslims in Indian Administrative Services has been less than 1% for the last three decades. The number of Muslims in Maharashtra cadre IAS in 2011-12 is one among total 288 IAS officers. One Muslim officer resigned in July 2011. The sanctioned strength for IAS officers is 350 – there is a shortfall of 62 officers in the cadre. In 2010-11, there were 2 Muslim officers out of total strength of 350. In 2009-2010 also there were 2 Muslims out of 340 IAS officers’ posts. The number in the IPS is 4 out of 203 officers in 2011. The sanctioned cadre strength for police officers in Maharashtra state is 302.