Soni Sori- “In Bastar, A Man Dies Once, But A Woman Dies Twice” 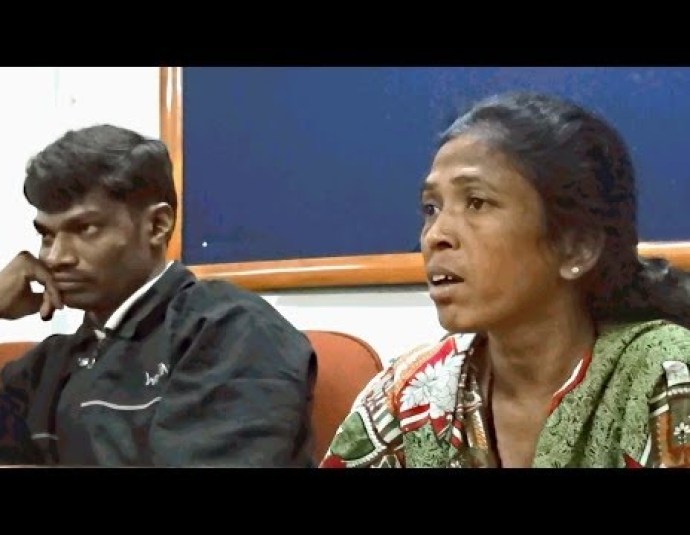 “In Bastar, a man dies once, but a woman dies twice, once when she’s stripped of every ounce of her dignity, paraded, brutalized by a gang of uniformed mercenaries; and later, by a bullet. And yet these Adivasi women and girls, prefer to go out and face the consequences rather than sending their menfolk out to die like an animal. This is how brave and dignified our women in Bastar are. How can a couple of thousands of armed mercenaries working for a corrupt government, take that away by bloodshed and rapes,” the words, spoken by Soni Sori should send a long ricocheting alarm down the annals of power corridor in this godforsaken state. But when saying truth, writing facts and listening to grasshoppers becomes a crime, when an administration sells itself to the diktats of corporate mafia, when forests, trees, mountains, rivers and the earth become not the meaning of life itself, but vessels carrying minerals, sand, timber and precious stones- the meaning of dignity, bravery, life, death, and revolution are lost in the rubble of boots and screams of innocents.

I met Soni Sori, the quintessential voice of justice for thousands of Bastar Adivasis in a somber event organized by PUCL on Sunday at Raipur. The event was an attempt essentially to recognize the commitment and courage of a few ethical journalists who have been writing against the humungous human rights abuse that’s going on in Bastar currently. In their attempt at disclosing the facts, they have faced excessive state repression, have been arrested and jailed more than once. Soni Sori, and Lingaram Kodopi, her nephew, the pioneering Adivasi journalist from Dantewada, were present. Despite the storm they have been through, and are currently living in, both seemed excessively distinguished, their faces set in the quiet determination which was strangely contagious.

How does one begin to sum up brutality? How can someone put words to the hollowed eyes of Madkam Hidme’s parents that have seen her mutilated naked dead body in a plastic sheet and later in a brand new Maoist uniform? I could simply ask her, “What’s going on in Bastar? And where do we go from here?” To which, she smiled and said, “There’s only one thing left to do now. We will fight, till the end. Nothing else matters anymore.”

In the past six months, there have been three consecutive incidents in separate villages at Bastar, Sukma, and Dantewada where more than fifty Adivasi women and children have been repeatedly gang raped by Auxilliary Armed Forces, Para Military personnel and local Policemen. On each occasion, the forces have landed in a village without warning, dragged the women out, stripped and raped them repeatedly before injuring them brutally. Not only this, the personnel have also destroyed their crops, burnt houses, tore up and burned their clothes, poured kerosene oil into the village wells and destroyed their cereals and other edible stuff beyond redemption. On each occasion, the district administration has claimed innocence about the involvement of their forces, despite registering of FIRs and victim statements recorded after Court orders. No one, not even one Policeman or DRG personnel or CRPF jawan has been arrested yet.

Soni Sori adds that what is presently happening in Bastar cannot be attributed to a state’s righteous fight against the Maoists, as they want us to believe. It’s a purported, cold and calculative move to annihilate the Adivasis. To clean up the jungles, so the mining, bulldozing and deforestation can happen smoothly. This gargantuan human rights abuse, the maiming, stripping and raping is to scare the Adivasis out from the forests. “But, where will the Adivasis go? They have nowhere. No jobs, no education, no life sustaining tricks to fall back on. The schools have been closed long back. 3,000 this year. Crops are destroyed half due to drought, the other half owing to inherent corruption and nepotism in administration. These are the people who have survived depending only on the forest for their every need. They cannot be asked to simply leave their world. Hence, the violence,” she added.

Adivasis inside the forests are not scared anymore. They have decided to fight it out, Sori claims. However, what goes on in the mind of an entire generation that has been living under the shadow of violence forever? How does one salvage them from breaking? There is endemic fratricide that has taken the center stage in the war against Adivasis, which began with the ghastly Salwa Judum movement. Since 2007, the dastardly act of turning Adivasi youths against each other through the lure of money or through an excessive threat of violence has been defined and redefined on numerous occasions. And each year, the state government has signed hundreds of MoUs with Adani, Ambani, Tatas and Essars.

Lingaram Kodopi, who was himself tortured and excessively brutalized by Dantewada Police in the past, branded a Maoist after he refused to dance to the tunes of administration, says,“ There is a need for many more local leaders in my community. Just one Soni Sori or Lingaram cannot fight the war. But, they are scared, frustrated and muted right now. The menfolk hardly ever venture out of the house, it is the women who go everywhere, even to the local markets. They are living under the shadow of death for too long. When the force comes, they escape to the jungles, and then return back to their villages soon after. They will not break, but, they are not ready to take the helm of this movement into their hands. It’s the ethical journalists, the lawyers of JagLag, Social Activists like Himanshu Kumar and Nandini Sundar who have helped us so long. What we need now is a mass movement, a storming of bastion inside the jungles. A Bastar Satyagraha to create a chaos so loud, that a nation’s conscience is jolted into recognizing this specter of a macabre bloodbath.” The conversation halted for some time before it was time for both Sori and Lingaram to leave for Bastar to prepare for the next step in exercising justice to Madkam Hidme.

As I returned home, I wondered, can the outsiders help the cause as much? Here is a city Raipur, located roughly four hours from Bastar, where life goes on unabated, except for a few occasional protest demonstrations; where women, men, and children venture out of homes without bothering whether they will ever return back or not. Where malls, multiplexes, and international schools actually employ professionals to churn out new tricks to keep the diaspora’s imagination clicking, cos there is so much money and time, people actually get bored spending both? Can a population so removed from the brutal realities of an Adivasi life, actually wake up to the oppression of Bastar and stop the annihilation?

A simple idea– the dignity of life-a right to not be raped, or shot and killed, or to protect the forest and mountain- can actually make me a Maoist in Bastar, out here in Raipur, it’s called being a left ideologue or an Environment Activist. Out here, it’s peaceful because inside the jungles- it’s a bloodbath waiting to happen. This living breathing twisted oxymoron cannot be a state or a nation’s reality because it is pulled apart by two ends of a spectrum that have survival, dignity and life of thousands at stake. What do we choose? Peace or Chaos?