Sorry, We Thought You Were A Muslim! 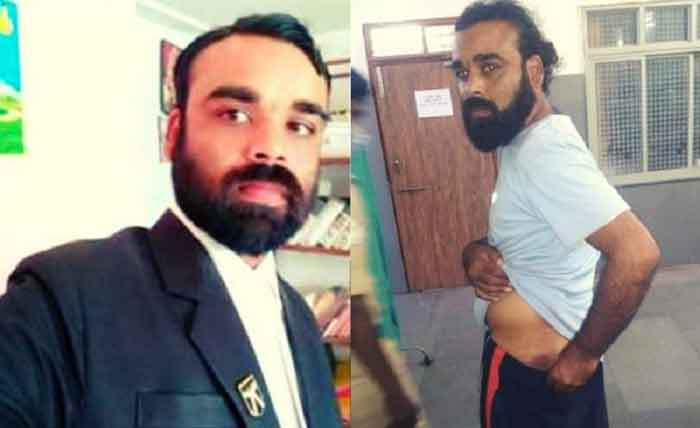 `Do you have a beard? Do you have knowledge about the Constitutional Rights and the guts to stand up for those rights? Congrats, officially, now you an anti-national and be ready to be beaten up’

`Sorry I thought you are a Muslim’

`Actually they just set the bar high by attacking a lawyer, because they thought he was a Muslim’.

Yes you heard me right. Just because some cops thought so, Deepak Bundele, a lawyer from Betul, Madhya Pradesh was man-handled by a group of cops, on his way to hospital on March 23, 2020.

Accoding to Deepak, he asked the police to `act according to the Constitution’ and police without much provocations started to beat him up, and after all these chaos, he filed a case against the police. The reply was the best part of the story. The officials were ready to apologize, and the statement from the police simply resembled what was going on in India. The police said that he was attacked because they thought he was a Muslim!

`Is being a Muslim in India, a reason to be beaten up?’ There are a few key points that we should take into account:

1. The police started to get physical, when Deepak asked them to act according to the Constitution.

2. They apologised in statement later, which clearly shows the true colour of saffronisation of the police department.

`Does this ring any bell?’

Speaking about Constitutional Rights and being beaten up by police, remind you of a number of incidents in India where the same act is conducted by the goons when the police watched in silence, as if they were enjoying a well-organized concert?

Yes, I am talking about the Delhi students’ protest and how the firing started.

Both in Delhi and Betul someone who urges to act accoding to the Indian Constitution, is been beaten up.

`The alchemy of Muslim identity!’

Who is a Muslim?

Now a days in India and in some other parts of the world a beard has been branded as the mark of a radical Muslim. Recently in America, a group of Sikhs were attacked by islamophobics just because they believed these Sikhs were Muslims. Motive? `The long beard!’

The American statesman, President Abraham Lincoln died long time ago or else these very same people would have shot him again.

In India, the situation is slightly different,if you have beard and talk sensibly about constitutional rights, honey you are in trouble. Either you end up in jail or will be beaten up so badly. And don’t worry if you are not a Muslim. The apologies will follow and it will help you prove your citizenship, because it will have a statement saying `We are sorry that you are beaten up, because we thought you are a Muslim!’

Aisha Abdul Jaleel is a student and activist.