South Africa: The Importance Of “Telling Our Own Stories” #Vaw 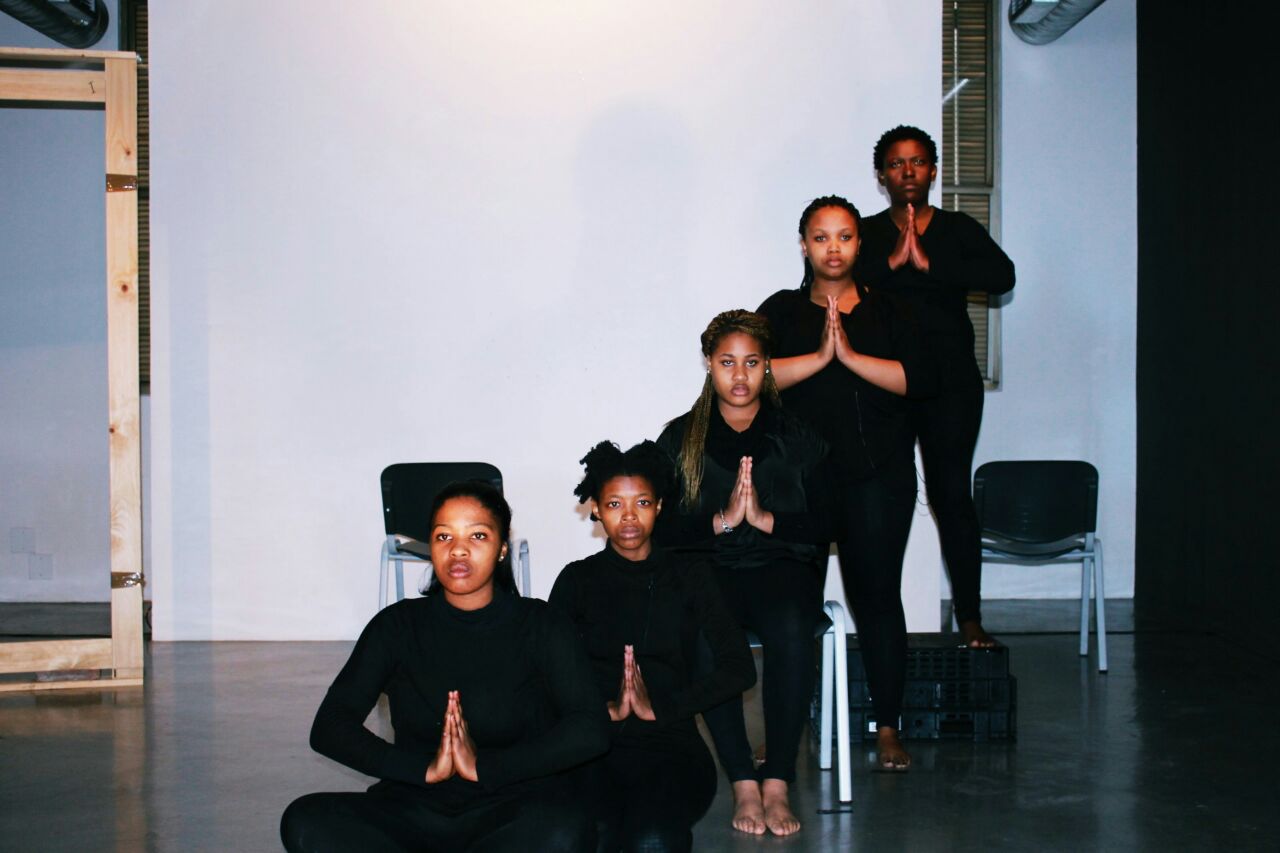 Cape Town (Women’s Feature Service) – As the curtains go up and the bright lights dramatically illuminate the room, all the audience can see is a bare stage with three chairs. A stark setting indeed and, yet, it’s the perfect backdrop for a performance that combines music, dance, laughter and heart-rending stories – of feminine courage and spirited action in the face of persistent physical and emotional violence. As the cast of young university women, which includes Vuyolwethu Tunguntwana, 19, Chizoba Mkhwanazi, 18, Ayabonga Pasiya, 22, and others, brings the stage to life with their impassioned narrations, the viewers hang on to their every word and feeling.

Even though it’s been nine years since the feminist play, ‘Reclaiming the P… Word’, was first staged at the University of Western Cape in South Africa, its message as well as effect has remained constant. This self-scripted and performed drama, which fights against the cultures that enable sexual violence on campus as well as in South African society, never fails to enlighten and empower.

Mary Hames, Director of the University’s Gender Equity Unit (GEU) that has produced the play, talks about how the idea to write and direct ‘Reclaiming the P… Word’ took shape. “The GEU has conceptualised this play that specifically raises awareness about the objectification and sexualisation of black women‘s bodies. It was the outcome of several workshops and discussions held campus-wide in which the staff, students as well as women from the larger community were encouraged to speak about or write down their own experiences related to bodily integrity and dignity.”

This process took approximately four months and led to the penning of a “flexible script that had multiple elements: feminist education and teaching, the evocation of empathy with the experiences of the cast and characters, the raising of awareness, and shock about the statistics on violence”. According to Hames, “The play aimed to provide humour and laughter, to present audiences with the reality of life for black South African women in a truthful manner and to capture and hold the attention of the audience for approximately one hour.”

Three weeks before the play was due to open the scripts started to roll in; staffand students wrote their own pieces. Eventually eight monologues, one dialogue, one poem and one song were selected. “We had to come up with a title that was provocative and truthful, and I proposed ‘Reclaiming the P…Word. The ‘P’ stands for poes – the Afrikaans term for vagina. The term has a very specific context and connotation in South Africa, especially among Afrikaans-speaking communities, and is often used in a derogatory sense. The premise of the play (and the use of the term) was to examine such social ideas of embodiment and to provoke debate and raise consciousness about the female body,” she adds.

The first performance of ‘Reclaiming the P…Word’ was an overwhelming success and it was decided to stage another two performances as part of the Sixteen Days of Activism Against Violence Against Women Campaign that year. Indeed, the first two verses of the song, written by a cast member, truly epitomises the message of the play:

My spirit is free

And the person that I love

The most in the world is me

I own by body

I love what I see

I love every body…

But most of all

Over the years, the fundamentals of ‘Reclaiming the P…Word’ haven’t changed. Ayabonga Pasiya, 22, who is in her final year of B.Sc Medical Bioscience, is the director at present. She shares, “Till today, each portion of the play is intimately connected with the other and sensitively traces the outcome of physical and emotional violence on women’s bodies. After the show, several women in the audience usually come forward and express how they could relate to each piece. The performance allows them to connect and, at the same time, challenges them to reflect.”

Significantly, the play includes stories of incest and domestic violence, and even comments on the violence women are subjected to in the public sphere. “In the process, it conveys the importance of reclaiming the self. Personal and local experiences are related in a language understood by both the educated and semi-educated in an unpretentious manner. In fact, non-South African women, too, can immediately relate to it as it has a universal message,” Pasiya elaborates.

Cheerful and enthusiastic Chizoba Mkhwanazi, who joined the group in February 2015, believes that their play is the perfect platform to tell personal stories in an artistic manner. “It is one of the best examples of activism through performance,” she mentions, adding, “I love the way we use the stage. Physically it’s bare but it transforms into a space of empowerment and freedom, where women are encouraged to find their voice.”

Dressed in black the girls’ performance is striking as they effortlessly convey how even though women are all the same – or rather come from the same source – they are still unique in their own right. As “finding the voice” is central to the production, it’s remarkable the way in which they talk about how they are “rewriting histories” and “voicing their present”.

Fast-paced and engaging, the narrative, made up of several monologues punctuated with dancing, singing and drama, easily comes together as one, forcing everyone to sit up and pay attention to the violence and injustice around them. After all, only when people are confronted can they no longer turn away and pretend that they do not hear or see the prejudice or unfairness meted out to girls and women in general.

Of course, the revelations are not confined to the audience alone. The girls associated with production have their own learning curves. Vuyolwethu Tunguntwana, 19, a cast member for two years, feels that she now knows the “importance of telling our own stories – because if you don’t do it, no one else will”. For her, “performing the play is like taking back what belongs to women. The real meaning of the word poes. I feel very liberated because I believe in what I’m saying”.

Simnikiwe Sawula, 21, a second year student, finds being part of the play a “learning and healing experience”. She says, “Like most black people, I have also felt the pain of segregation, isolation and silence. With this play, I get to create my very own safe space, where I am honest and do not feel intimidated or belittled. It allows me to share my story as a black woman with other black women and not worry about being censored.” Recalling her aha! moment Sawula says, “It came during a scene that deals with sexual and reproductive rights, specifically the issue of menstruation and sanitary napkins, how this is dealt differently by each culture and how the advertising of these products is handled. Before that time, I had never really engaged so closely with issues related to sexual and reproductive rights.”

Mkhwanazi is quick to point out that “there’s a whole range of subjects that we touch on”. “We speak on a number of things – about owning our blackness or being black, feminism and how it’s become taboo to be one and how we’re scrutinised and attacked for being one. We talk about rape in family and what it does to young women who have no idea how to tell their families that they have been violated by one of their own,” she explains. And, after every show the cast interacts with the audience and their reactions act as motivation and a valuable source of information.

Hames, who has seen successive batches of girls and women being empowered through their involvement with the play, concludes, “It’s been a journey of healing, growth, understanding themselves for the first time and hope.”

(This article is part of U.N. Women’s Empowering Women – Empowering Humanity: Picture It! campaign in the lead-up to Beijing+20.)