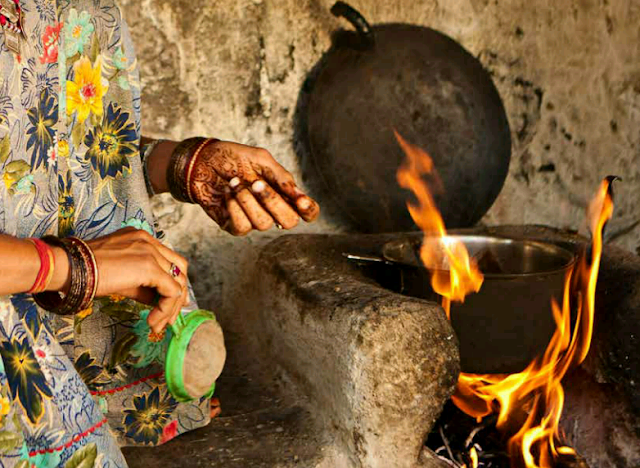 Finding crucial relationship between what it calls “unpaid work” and sexual violence as a social norm in rural Rajasthan, a new study, carried out by high-profile NGO Oxfam India, has found that a whopping 54.4% of women it had interviewed were beaten up as and when they attempted to leave house without permission, while in 86.4% cases they were harshly criticized for this type of “disrespect” shown to their male folks in the family.

Carried out in five blocks of Udaipur district, Barwada, Salumbar, Sayra, Kherwada and Royda, the study, “On Women’s Back: India Inequality Report 2020”, quoting Oxfam India’s Household Care Survey 2019, further finds that 42.2% women were beaten up for failing to fetch water or firewood for the family, and 64.7% were harshly criticized for failing to perform this “crucial” household duty.

Despite such rampant sexual violence, the report, authored by two researchers Amrita Nandy and Diya Dutta, with inputs from a grassroots organization, Aajivika Bureau, says, “It was surprising to find that a majority of those we interviewed in rural Udaipur … mentioned that they had never faced sexual harassment…”, even though they also revealed that the fear of sexual harassment was “the main cause for low participation of girls in school/college and women in labour.”

Suggesting that this type of violence on women for their “unpaid work”, which mainly involves household chores, has huge toll on the economy, the report cites a World Bank estimate to say, “In India, women’s contribution to its GDP is one of the lowest in the world: 17%.

The researchers say, they selected Udaipur — known for its elite tourist attraction — in order to do field study “because of its strong patriarchal culture, high levels of illiteracy and reasonable representation of traditionally marginalized communities such as Tribals (Scheduled Tribes), Dalits (Scheduled Castes) and Muslims”.

Conclusions were drawn following seven focus group discussions (FGDs) in a participatory workshop mode and 74 in-depth interviews with mostly poor respondents with a monthly income of less than Rs 10,000.

Pointing out that the region was also selected because “heavy exodus of rural migrants from southern Rajasthan comprises 80 percent males”, the report, however, regrets, available literature on this features women only as having been ‘left behind’, bearing “an increased burden of labour”, and experiencing “greater autonomy with regard to decision making and mobility”.

However, the report underlines, most of the literature on migration “is silent about these women’s lives, especially the nature and degree of intensive paid and/or unpaid labour performed by rural women.”

It adds, “There is scant research on women migrants”, especially in the context of the fact that “women in migrant household continue to perform a high degree of unpaid and underpaid work to keep the households afloat, exacerbated by the care work they have to perform for their sick and burnt out husbands upon their return from migration.”

The report further laments, “Rural women tend to justify men’s work as ‘hard work’ and women’s work as inconsequential”, adding, “At discussion with elderly women from the Dalit community in rural Udaipur, the women were expressly uncomfortable to talk about women’s unpaid care work as they thought it was natural, compulsory work and not worth wasting time discussing in a gathering.”

Pointing out that as against the national average of crimes against women (17.5%), Rajasthan has a higher incidence (39.5%), and reporting of “such cases have seen a rise in the past decade since the Protection of Women from Domestic Violence Act became a civil instrument”, the report says, “Violence against women has another insidious but fatal face – the outright neglect of women’s health.”

Citing medical data from Amrit clinics, running in 4 blocks of the region and serving a population of about 1,15,000 people, the report says, “Almost 99% ST women in these areas are anemic. Some families refuse to seek treatment for the daughters-in-law, even during the time of delivery or when the woman is too weak to perform any labour in the house.”

Noting that “such neglect is accompanied by a general lack of respect, contempt and verbal abuse by the husband and his family”, the report cites colloquial expressions in the local dialect suggest such as:

Govt may do away with tribal consent for cutting forests #WTFnews
PRESS RELEASE - No human rights in Gandhi’s Gujarat
No end to misery of Goa tribal villagers who protested against iron ore mines', transporters' air, n...
Seeking Solidarity for Justice for Mudasir Kamran #mustshare