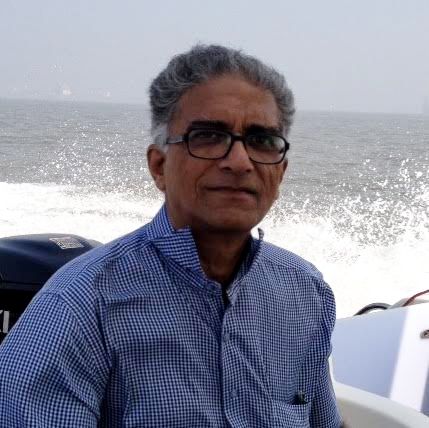 ‘Sridhar had the ability to paint a vision, for an activist faced with the toughest personal problems so as to see a way out by combining one’s personal desires with the needs of the movement.’

If there was something that worried Sridhar Srinivasan of late it was the fact that he was ageing and his health deteriorating. Though such worries would be quite common for any 57 year old, for Sridhar it was much more aggravating. Sridhar was still young at heart — in his zeal for life and desire for radical social change. His dynamic enthusiasm for change would resemble that of a young lad. He even loved playing the occasional prank.

Sridhar, however, possessed the commitment steeled in more than 40 years of struggle. This pressing desire to contribute and participate in the revolutionary movement, when his body was growing weak, made him increasingly anxious and restless. A statement recently issued by the central committee of the Communist Party of India-Maoist said that Sridhar died of a massive heart attack while on his way to meet his comrades.

I first met Sridhar around 1994 soon after my graduation. He came across as a tall, well-built, bespectacled man. His stern face and straight stare could immediately instill fear. Something I realised years later that he loved doing with every young person he was newly introduced to. But at this first interaction he soon slipped into conversation of political humour, science, maths and quantum physics. Till then I thought all Communists were only interested in politics.

Here was someone entirely different. It was much later in November 2009, while being imprisoned in the Nagpur Central Prison, that I had immense opportunities to hear Sridhar’s experiences, understand his outlook and comprehend his contributions and greatness. He was one of my co-accused in two cases and hence was transferred to Nagpur from the Arthur Road Prison, Mumbai for completion of our trial. We were lodged in the same Gunahkhana barrack for more than two years.

Sridhar Srinivasan was born into a middle-class family settled in Mumbai. He was the youngest of three brothers and two sisters. After joining the Elphinstone College in Mumbai, Sridhar participated in the student movement which began fermenting post-Emergency, in the seventies.

He played a leading role in the Student Anti Fee-rise Action Committee, which led to the students takeover of Mumbai University and the installing of their own vice-chancellor and administrative staff for a day.

This student agitation remains till date one of the biggest and widest students’ struggles in the city encompassing nearly all Mumbai colleges right from South Mumbai to Ulhasnagar.

The Vidyarthi Pragati Sanghatana, a student organisation of which Sridhar was one of the founder members, took many struggles and campaigns for the rights of students and other oppressed sections. During one such ‘go-to-the-village’ campaign in 1983 organised by students in Sironcha, Gadchiroli, Sridhar was arrested and spent almost a month in Chandrapur prison.

Sridhar knew only too well that criminal cases on political dissidents are a part and parcel of any struggle for social change — a necessity that cannot be avoided but has to be overcome.

After his student days, Sridhar involved himself in working class struggles around the industrial units situated in Thane. He would participate in morchas, negotiations, answering inquiries by the managements while at the same time politicising the activists that emerged out of these struggles.

This was one of Sridhar’s brilliant abilities. He could inspire any activist into doing the most impossible of tasks, giving them confidence that although the road to the fulfillment of the task would be tough and painful he and the leadership of the movement would be with them all through the way.

Sridhar had the ability to paint a vision, for an activist faced with the toughest personal problems so as to see a way out by combining one’s personal desires with the needs of the movement. In doing so Sridhar used humour and satire to relax the most stressful of situations. He had the ability for using words and ideas in a quick and inventive way to create humour — a style even quite apparent in his writings.

In the mid 1980s, the CPI (Marxist-Leninist) Peoples’ War Party experienced an intense internal debate leading to an almost vertical split. As the then nascent Maoist movement in Maharshtra was part of this stream it too was affected by this crisis. Sridhar’s contribution at such a juncture was invaluable. He played a role in the organisational and political consolidation of the leadership and the entire state organisation so as to steer it and rejoin the all India movement in the early 1990s.

This is where another great quality of Sridhar. He was purposefully decisive. For Sridhar, an analysis of a given situation would have to always be translated into an intervention for changing it. This Marxist doctrine became part of Sridhar’s inherent nature and if an analysis required an act to be done, Sridhar would be one of the first to act, regardless of whether it would be personally difficult. This is what made Sridhar brilliantly action oriented.

Since the 1990s Sridhar’s responsibilities shifted to Vidarbha — to organise the urban youth and the working class especially in Wani and Chandrapur. These areas lie in an industrial coal belt and have historically been witness to many militant working class struggles and their proximity to the armed revolutionary struggles in Gadchiroli and Telengana made them a potential ground for radical urban work.

The central committee statement of the CPI-Maoists mentions how Sridhar was elected to the committee in 2001 and again in 2007. During this period Sridhar had played a pivotal role in re-organising and re-building the Maoist armed movement in northern Gadchiroli, Gondia and Balaghat, Madhya Pradesh. It was with this background that the State targeted Sridhar and got him arrested on August 19, 2007.

During incarceration, Sridhar faced trial in almost thirty cases in Mumbai, Gadchiroli, Gondia, Balaghat, Rajnandgaon, Chhattisgarh, and Surat. But these changed conditions of imprisonment did not deter Sridhar from inspiring a younger generation of imprisoned activists and comrades and also developing and refining Marxist analysis of contemporary society. Sridhar loved to analyse contemporary events and upheavals drawing inspiration from Marx’s Eighteenth Brumaire of Louis Bonaparte.

Class analysis for Sridhar did not merely mean a dogmatic compartmentalisation of two antagonistic classes such as the proletariat and the bourgeoisie. It was important to understand each social action as an action by a class or section of a class having a distinguishable class interest.

Many a time such class interests would manifest itself in the form of identities such as caste, gender, nationalities or language. During his time in jail, Sridhar regularly corresponded with his other political prisoner comrades in other jails over the country in trying to better understand Political Islam, the Arab Spring, the anti-corruption movement, Hugo Chavez, caste in India, Communist ethics, etc.

Each of Sridhar’s such letters ran into 12, 13 pages and he would be sending or receiving such letters from other prisons regularly. Sridhar used a large part of his time in prison to do a lot of reading and writing. Rising before 4 am, he would read and write, completing a lot of work before the other prisoners had even woken for the day.

In July 2013, Sridhar was convicted and sentenced to six years in jail. The law being so designed that egalitarians and revolutionaries such as Sridhar are increasingly been condemned. However having completed most of his term as an undertrial he was released on August 21 that year.

Six years in prison had taken its toll. Sridhar required immediate medication and surgery on ailments he never earlier experienced. After his release he quietly continued his revolutionary practice despite constant surveillance by the intelligence agencies.

Sridhar always loved making revolution with a minimum personal profile. Eight years after his arrest and two years after his release, Sridhar died on August 18. The CPI (Maoist) in its statement correctly sees ‘Comrade Sridhar’s martyrdom as a major blow to the movement. The proletariat and toiling masses of our country have lost one of their greatest sons who selflessly served them till his last breath, with nothing but their interests and the interests of the revolution in his heart.’

Sridhar’s qualities of head and heart made his role and contribution in the leadership of the revolutionary movement somewhat unique. While his sharp intellect undoubtedly gave depth and direction to decision-making and policy-formulation, his passion and drive contributed to that sweep of vision which can make an organisation and movement an agent of revolutionary change.

The space he leaves will be difficult to fill.