Statement from the Muslim Alliance for Sexual and Gender Diversity on the shooting at Pulse in Orlando, Florida 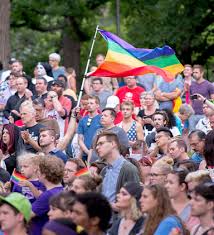 — (Washington, DC – June 12, 2016) The Muslim Alliance for Sexual and Gender Diversity (MASGD) is devastated by the massacre at “Latin Night” at the Pulse gay nightclub in Orlando on June 12, 2016. Our thoughts and prayers are with the victims and their loved ones. Although the facts are still emerging, as LGBTQ Muslims, we feel compelled to speak out at this time of national tragedy to appeal for solidarity and to ask that there be no rush to assign blame to any individual or group beyond the shooter.

MASGD today joins peace-loving people everywhere in grieving this senseless loss of life that is a reminder of the violence that LGBTQ people continue to experience, despite many recent legal gains for our communities. It is also not lost on us that this horrific tragedy occurred during LGBTQ Pride month, which this year coincides with the Muslim holy month of Ramadan, typically a period of peace and intense self-reflection. It pains us to see that these periods of joy, celebration, and peace have been marred so violently with such horror.

There is no religious justification or precedent in Islam for mass shootings targeting any population, regardless of identity, nor is there justification in American law or values. This tragedy is a reminder of the terrible harm that can result from the wide availability of guns and explosives. The proliferation of guns facilitates acts of violence by individuals whose own values conflict with those of most Muslims and most Americans which hold human life to be sacred. With that in mind, we call for a renewal of the national conversation around strengthening gun control.

This tragedy cannot be neatly categorized as a fight between the LGBTQ community and the Muslim community. As LGBTQ Muslims, we know that there are many of us who are living at the intersections of LGBTQ identities and Islam. At moments like this, we are doubly affected. We reject attempts to perpetuate hatred against our LGBTQ communities as well as our Muslim communities. We ask all Americans to resist the forces of division and hatred, and to stand against homophobia as well as against Islamophobia and anti-Muslim bigotry. Let us remember that the actions of a single individual cannot speak for all Muslims. Let us also remember that there are many straight Muslims who have been strong allies to the Muslim LGBTQ community. We see the beauty in our cultures and our faith traditions, and we have experienced love, acceptance and support from many in our Muslim communities.

Tragedies like this often lead people to look for someone or something to blame, but we ask our friends to resist this temptation. Let us instead recommit ourselves to working toward a world without hatred and prejudice. To our straight Muslim allies, we ask you to join us in continuing to build support for LGBTQ people. To our non-Muslim allies, we ask you to join us in standing against Islamophobia and anti-Muslim bigotry. And to all peace-loving people everywhere, we ask for your compassion and your support at this very difficult time for our community.

The Muslim Alliance for Sexual and Gender Diversity (MASGD) works to support, empower and connect LGBTQ Muslims. We seek to challenge root causes of oppression, including misogyny and xenophobia. We aim to increase the acceptance of gender and sexual diversity within Muslim communities, and to promote a progressive understanding of Islam that is centered on inclusion, justice, and equality. Learn more about MASGD at www.muslimalliance.org. Follow us on Twitter at @TheMASGD.