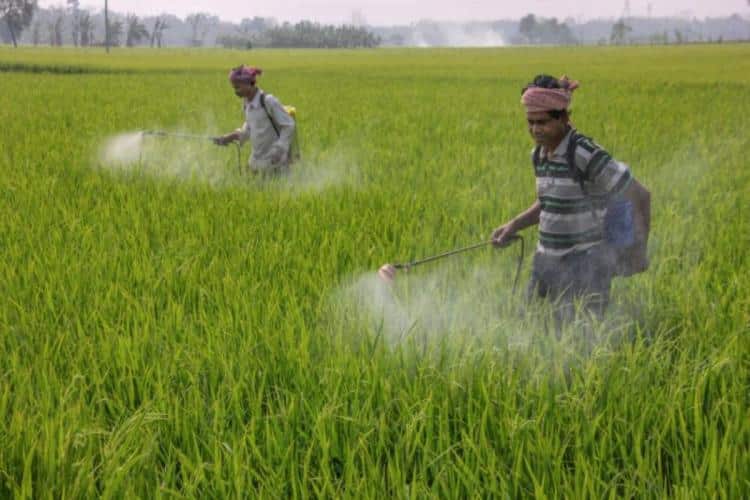 Pesticides not only create health problems, but are be a threat to the environment as well. A study published in Nature Geoscience estimated the looming pollution threat due to the use of pesticides in agriculture. The study said that around 64% of the world’s agricultural land is at risk due to pesticide pollution and 31% of that land is at even higher risk. The study, which looked at 168 countries, was conducted by a group of scientists from the University of Sydney, Australia.

The study spanned 168 countries and produced a global map with marked out countries facing the risk of pesticide pollution.

Fiona Tang, the lead author of the study and a Research Associate at the University of Sydney, reportedly said: “Our study has revealed 64% of the world’s arable land is at risk of pesticide pollution. This is important because the wider scientific literature has found that pesticide pollution can have adverse impacts on human health and the environment.”

Pesticides used in agricultural fields are transported to both surface and ground water, thereby polluting water bodies. Continued usage reduces the usability of water obtained from the water bodies.

The study warned that the overuse of pesticides may destabilise ecosystems and destroy water sources that humans and other animals rely upon for their survival.

“Although the agricultural land in Oceania shows the lowest pesticide pollution risk, Australia’s Murray-Darling basin is considered a high-concern region both due to its water scarcity issues and its high biodiversity,” Federico Maggi, an associate professor at the School of Civil Engineering and the Sydney Institute of Agriculture, and one of the authors of the study, was quoted saying.

The authors of the study called for a global strategy for a more sustainable agricultural model that can curb pesticide usage and also stressed on the need to reduce food wastage.

This article was first published by Newsclick.