Stung by Dalit Backlash, Narendra Modi Eats His Own Words on Cow Slaughter

After warning of a ‘pink revolution’ in his election speeches, the prime minister now tells vigilantes the danger to cows come not from slaughter but from plastic. 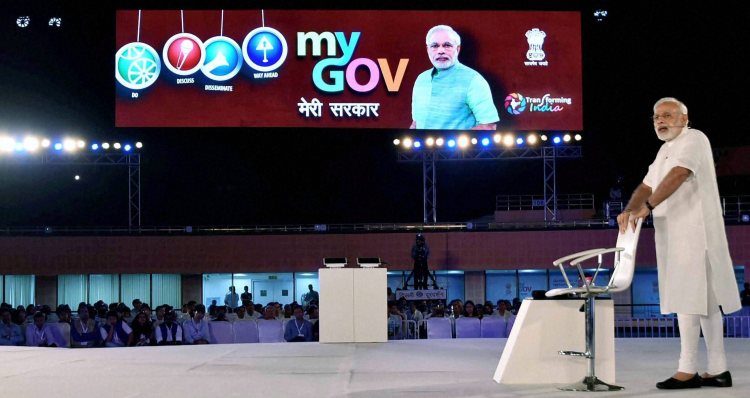 Nearly 11 months after a mob lynched Mohammed Akhlaq in Dadri, Uttar Pradesh on suspicion of having killed a cow, Prime Minister Narendra Modi has finally broken his silence on the violence that ‘gau rakshaks’ – ‘cow protectors’ – have unleashed in different parts of the country.

“I feel really angry at the way some people have opened shops in the name of cow protection. I have seen that some people commit anti-social activities through the night, but act as cow protectors by day”, the prime minister told an audience at a ‘town hall’ style interaction with an invited audience in Delhi on Saturday.

While Modi was careful not to refer to any one incident in particular, the trigger for his remarks appears to be the recent shocker in Una, Gujarat, where a group of Dalit men were brutally flogged by upper caste vigilantes for skinning a dead cow. A video recording has relayed the crime to every home across the country, to devastating effect. It has stoked Dalit anger and upset efforts by the Bharatiya Janata Party to attract Dalit votes in the run up to crucial elections in Uttar Pradesh and Punjab.

True to form, Modi stopped short of saying that the vigilantes ought to be prosecuted and punished, instead urging state government to prepare “dossiers” on these “cow protectors” and keep them under control. “It will be found that 70 to 80% are people who commit the kind of bad deeds which society does not accept. To hide their bad activities, they don the mantle of cow protectors,” he said.

Volunteer organisations, said Modi – using the word ‘swayamsevak‘ for volunteer – are not meant to “terrorise and brutalise people” and should concentrate instead on social work. More cows died from consuming plastic than from slaughter, he said, adding that those who want to serve the animal should work towards stopping cows from eating plastic.

The point he made is an important one, so important, in fact, that one wonders why he has never made it before.

India - #Aadhaar Hacked as it has poor security #UID
Did Modi govt buckle under Monsanto pressure on Bt cotton?
“If Only the Fighting Would Stop “ A Sudanese Woman’s Wish
Former home secretary 'gagged' from questioning India's secularism