Linguists call it collocation: the likelihood of two words occurring together. If I say “pop”, your mental rolodex will begin whirring away, coming up with candidates for what might follow. “Music”, “song” or “star”, are highly likely. “Sensation” or “diva” a little less so. “Snorkel” very unlikely indeed.

What do you think of when I say the word “rabid”? One option, according to the dictionary publisher Oxford Dictionaries, is “feminist”. The publisher has been criticised for a sexist bias in its illustrations of how certain words are used. “Nagging” is followed by “wife”. “Grating” and “shrill” appear in sentences describing women’s voices, not men’s.

In other words, it’s not the dictionary that’s sexist, it’s the English-speaking world. Why choose “feminist” over, say, “rightwinger”, “communist” or “fan”, though? As if not quite convinced by its own explanation, the OUP is now “reviewing the example sentence for ‘rabid’ to ensure that it reflects current usage”.

That can only be a good thing. But a word of warning: it might not deliver the answer you’d hope for. Perhaps “rabid” is collocated with “feminist” more often than with those other words (if the data the OUP uses includes online discussions, I wouldn’t be surprised if this was the case). Sexist assumptions find their way into speech and writing for the simple reason that society is still sexist.

Language, as the medium through which we conduct almost all relationships, public and private, bears the precise imprint of our cultural attitudes. The history of language, then, is like a fossil record of how those attitudes have evolved, or how stubbornly they have stayed the same.

When it comes to women, the message is a depressing one. The denigration of half of the population has embedded itself in the language in ways you may not even be aware of. Often this takes the form of “pejoration”: when the meaning of the word “gets worse” over time. Linguists have long observed that words referring to women undergo this process more often than those referring to men. Here are eight examples:

The female equivalent of “master”, and thus, “a woman having control or authority” – in particular one who employs servants or attendants. It came into English with this meaning from French after the Norman conquest. From the 17th century onwards, it was used to mean “a woman other than his wife with whom a man has a long-lasting sexual relationship”. 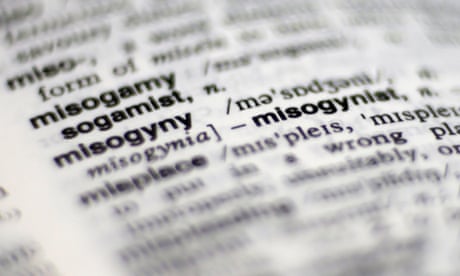 This once neutral term meant the female head of a household. Hussy is a contraction of 13th-century husewif – a word cognate with modern “housewife”. From the 17th century onwards, however, it began to mean “a disreputable woman of improper behaviour”. That’s now its only meaning.

The female equivalent of “sir”, a woman of high rank, is still used in formal contexts as a mode of address. From the late 18th century it was also used to mean “a conceited or precocious girl or young woman; a hussy, a minx”, alternatively, a kept mistress or prostitute, and finally, from the late 19th century, the female manager of a brothel.

From the 15th century onwards, “a woman who holds or exercises authority over a place, institution, or group of people”. Compare it with “governor”. Over time it drastically narrowed in scope and fell in status, coming to mean “a woman responsible for the care, supervision, or direction of a person, typically a child or young lady”.

This occupational term originally meant simply someone, usually a woman but possibly a man, who spun yarn or thread. Since a woman without a husband might have to rely on spinning as a source of income, the term became associated with unmarried women, eventually becoming the legal way to refer to one. The more loaded use of it to refer to “a woman still unmarried; esp. one beyond the usual age for marriage, an old maid” begins in the early 18th century.

One of the most dramatic shifts in meaning, from the female equivalent of “courtier” – someone who attends the court of a monarch – to a form of prostitute, which is now its only meaning.

A 13th-century word meaning a female infant or a young unmarried woman quickly acquired negative connotations: from the late 14th century, in Langlandand Chaucer it is used to mean “a wanton woman; a mistress”. 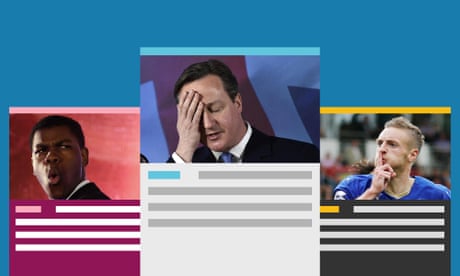 The stories you need to read, in one handy email

Collins dictionary says that this is a 19th-century contraction of “sweetheart”, a term of endearment, particularly to women. From 1887, however, it is attested as meaning “a female of immoral character; a prostitute”.

Thinking about the male equivalents of some of these words throws their sexism into sharp relief. Master for mistress; sir for madam; governor for governess; bachelor for spinster; courtier for courtesan – whereas the male list speaks of power and high status, the female list has a very different set of connotations. These are of either subordinate status or sexual service to men. The crucial thing to remember is that at one time, they were simply equivalents.

These eight words show how social conditions leave their mark on the language. The process of pejoration may take place below the level of consciousness, but in historical perspective, the direction of travel is obvious. Have the achievements of the feminist movement percolated down through the many layers of our language? The Oxford Dictionaries controversy suggests not. Can the words we use to describe women avoid the fate of hussy, mistress and courtesan? There’s hope, but only time will tell.http://www.theguardian.com/commentisfree/2016/jan/27/eight-words-sexism-heart-english-language?CMP=fb_gu