#Sundayreading -Favela Girls Pirouette Out of Poverty in Brazil 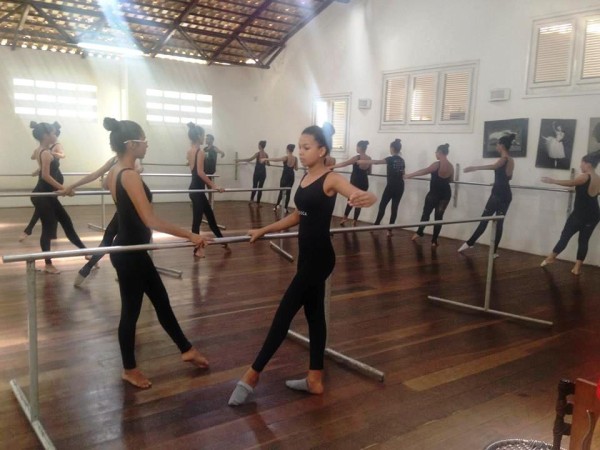 FORTALEZA, Brazil — Bom Jardim, home to some 200,000 people, is one of the poorest and most violent neighborhoods in this city. Located at the southwestern tip of the metropolis, with long streets laid in a grid, the signs of poverty appear everywhere: cracked cement or none at all, half-built houses and other makeshift architecture recently occupied by migrants from the countryside.

It is here that the Brazilian prima ballerina, Dora Andrade, has set up her School of Dance and Social Integration for Children and Adolescents (Edisca), which enables girls from the favelas, or slums, to not just get a formal education and learn dance but also to learn important social skills. Moreover, it provides the students a daily full meal and shows them how to care for and respect their bodies.

Free of charge, the girls who enroll in Andrade’s school generally come from three of Fortaleza’s poorest localities, one of them a shantytown built on the edge of the city’s garbage dump. A majority of the girls cannot read or write and come from broken homes.

“Since 1991, Edisca has been providing high-quality interdimensional education that combines reason, emotion, willpower and self-improvement through art, preparing students for life and creating opportunities,” said Andrade, adding, “Dance can make a more humane world. . . .  The best thing is knowing that all the girls are well fed, happy, intelligent and that they can realise their dreams. They have a sparkle in their eyes that is not often seen on other girls, rich or poor. For me, this is the most important.”

Madeline Abreu, a psychologist at Edisca, understands the emotional burdens that the students are carrying and thinks the school gives them a shot at normalcy.

“The reality is that socioeconomic hardship often pushes young people in these localities towards drug abuse, child labor and even prostitution,” Abreu said. “Initially, we started off by offering dance lessons in ballet, which is generally taught to girls from wealthy families. From there they moved to contemporary forms. So, in a way, Edisca now specializes in modern dance, which has its foundations in the classical ballet techniques. Of course, as it evolved, the dance school expanded into other disciplines, including singing, theatre and visual arts as well as new educational functions, such as tutoring and English and computer classes.”

It soon became necessary for the school to provide food for the students because many of them were undernourished and had poor eating habits. “Dance is a physical language and it is essential for dancers to be in excellent physical condition and practice good hygiene,” Abreu said. “Another cost that the school felt necessary to absorb was transportation. Most children who go here live on the distant outskirts of the city and often cannot afford the bus fare.”

Tatiane Gama, a 31-year-old Edisca graduate, said in an interview, “I learnt to eat vegetables here.” Gama’s life turned around the day she stepped into the school at age 8. She was one of the school’s first students and is now a professional dance instructor there.

“Our education happens in stages,” Gama said. “At the onset we dance. Ballet particularly teaches discipline. Then we get on to the basics of reading and writing. There’s also psychological counseling for most children, traumatized as they are witnessing street violence day in and day out.”

Gama has been teaching dance since she she was 18 and thinks it has saved her from a life of hard work with no returns. “I was fortunate to have been inducted into Edisca,” she said. “By then, the school management had realized that once children turn 16 or 17, their parents are keen on withdrawing them from school so that they can take up a job.” This led to the start of the Edisca Dance Company, which draws the most talented dancers at the school and tours worldwide. The dancers are paid a monthly stipend of around $50, Gama said.

Some Edisca students move into academia or other professional careers. Jamila de Oliveira Lopez, 23, hopes to become a journalist soon. “I want to be able to express myself in words, too,” she said. Lopez was always at the top of her class even though she had to do her homework in her family’s kitchen because she shared a room with her two sisters in a house located in a rough neighborhood.

Edisca currently has 400 students enrolled, and to keep it and the dance company going, it must do extensive fund-raising through performances and donations. Unesco, in addition, has created a partnership with the Repetto Foundation, built on the French ballet costume maker, to help finance Edisca.

“Poverty is not just lack of resources, it’s the inequality that can steal a child’s future,” Lopez said. “Seeing the students of Edisca on stage is like seeing them overcome all the difficulties that deprivation brings with it. Girls forget their sadness and learn to take destiny into their own hands.”