Supreme Court – State has no absolute right over subsoil minerals 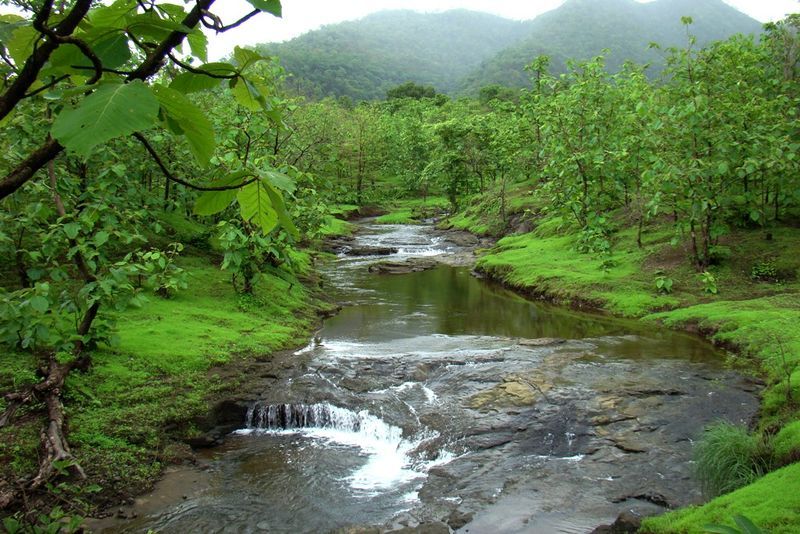 Ownership over minerals vest with land owner, says apex court; question of payment of royalty to state referred to a larger bench

In a landmark verdict last week, the Supreme Court has held that ownership over minerals that lie beneath the soil does not necessarily lie with the state. A three-member bench, headed by Justice R M Lodha, concluded: “there is nothing in the law which declares that all mineral wealth sub-soil rights vest in the state; on the other hand, the ownership of sub-soil/mineral wealth should normally follow the ownership of the land, unless the owner of the land is deprived of the same by some valid process.”

The verdict came in response to a bunch of appeals against a ruling of the Kerala High Court in August, 1999.  The cases in the high court related to whether the owners of “jenmom” lands in the Malabar area in Kerala are the proprietors of the soil and the minerals below it. The high court said that though initially the rights were with the jenmom land owners, but subsequent to the extension of the ryotwari settlement in Malabar during the British period, the ownership of “jenmom” land holders or the “jenmis” over subsoil minerals was transferred to the government. The Kerala bench dismissed the petitions, stating that “the minerals belong to the government”.

The petitioners then appealed to the Supreme Court.

Referring to the historical context of land tenure and sub-surface mineral rights, the apex court noted that till date no law has been made in the country that “deprives the ryotwari land holders of the right to subsoil/ minerals” or “which transferred such right to the state”.

State has no absolute proprietary right

The bench further made particular reference to the board standing order No. 10, dated March 19, 1888, of the then Madras Province, to reaffirm their argument. Board standing orders (BSO), were formulated by composite Madras Revenue Board in 1878. BSOs are collections of resolutions made by the Board for its own conduct of business as well as for regulating the procedure in the matter of collection of revenue by subordinate revenue tribunals and executive functionaries. The BSO cited mentions that “the state lays no claims to minerals”, especially with respect to estates held on sanads of permanent settlement, in enfranchised inam lands, in religious service tenements confirmed under the inam rules on perpetual service tenure, and in lands held by titles or deeds issued under the wasteland rules, prior to October 7, 1970, in which no reservation of the right of the state to minerals is made. However as per the BSO, the state (or the then British government), claimed a “limited right” in minerals with respect to lands that are either occupied for agricultural purposes under ryotwari pattas, or “jenmom” lands in Malabar.

The apex court bench, however, held that the “limited right” claimed is with regard to “a share in the produce of the minerals worked, if thought necessary by government”. Therefore, it was left to the discretion of the government to exercise the claim as deemed necessary. Such observation, therefore, upholds the fact that the state recognised the “legal right” of the land holder to the subsoil metals and minerals—be it proprietary or otherwise. The bench emphasised that the “jenmis must also be held to be the proprietors of the subsoil rights and minerals until they are deprived of the same legal process”.

The judgement also brings into focus other regulations in the country that pertain to mineral rights of various stakeholders, especially the Mines and Minerals Development (Regulation) Act, 1957, Mineral Concession Rules, 1960,  and the Coking Coal Mines (Nationalization) Act of 1972.

Particularly noteworthy is the Mineral Concession Rule, that outlines different set of procedures dealing with grant of mining leases for two distinct type of land-holdings—land where minerals vest in the government (chapter IV), and land in which the minerals vest in a person other than the government (chapter V). The apex court noted that the Minor Mineral Concession Rules of the state of Kerala also makes such distinction.

The court also brought to attention the Coking Coal Mines (Nationalisation) Act, that deals with the acquisition and transfer of the right, title and interest of the owners of the coking coal mines specified in the First Schedule.

The bench reasoned that if by virtue of the provisions of the Mines and Minerals Development (Regulation) Act, 1957, the proprietary rights of mines are vested with the state, then it would be “wholly an unnecessary exercise” on the part of Parliament to formulate laws such as the Coking Coal Mines (Nationalisation) Act, that specifically formulated to deal with the nationalisation of mines.

The apex court further noted that Acts pertaining to minerals which are very important and highly sensitive in the context of the national security, such as the Atomic Energy Act, 1962 with respect to uranium,  “only provides for prohibition or regulation of mining activity of such mineral, and does not in any way declare the proprietary right of the state”. They also referred to the Oilfields (Regulation and Development) Act, 1948, which deals with oilfields containing crude oil and petroleum to reinforce the argument that the state does not have any proprietary right.

After making these observations the Supreme Court order concludes that “the appellants are the proprietors of the minerals obtaining in their lands”. The observation of the Kerala High Court was held invalid. The court noted that the high court’s order was not accompanied by proper “explanation, nor examination of any legal principle”.

The bench, however, said that the question of liability of paying royalty to the state is a different matter and referred it to a larger bench.

The judgement will have a significant impact on mining rights and regulations, and opens the door for a fresh debate on the matter. The Ministry of Mines is in a tizzy after the judgement, admitted a ministry official. Until now the understanding was that “minerals belong to the state”. He added that “the judgment as pronounced still upholds the position of the state, as any individual cannot dig out the subsoil mineral unless he or she goes through the approval processes of mineral concession, the power of which is lies with the state.” The ministry is still puzzling over how the judgement would affect future decisions regarding mining permits for individual land holders.

The ministry is also contemplating moving a review petition, it is learnt.

Civil society groups working in the mining sector gave a mixed response. “On one hand the judgement shows some fairness with respect to allocation of wealth obtained from mining, as it directly involves the owner of the minerals,” says Ramesh Sharma of Ekta Parishad. However, if not properly implemented, it might have serious regulatory implications for mining,” he added. According to Ravi Rebbapragada of Samata, “the judgement on the face might look like it would lead to expansion of mining activities, but since the state still holds the rights of granting permits, it does not pose any threat to the environment as of now.” Activists are more concerned about how the judgement may be cited as precedent in cases relating to mineral extraction and their implication in future.