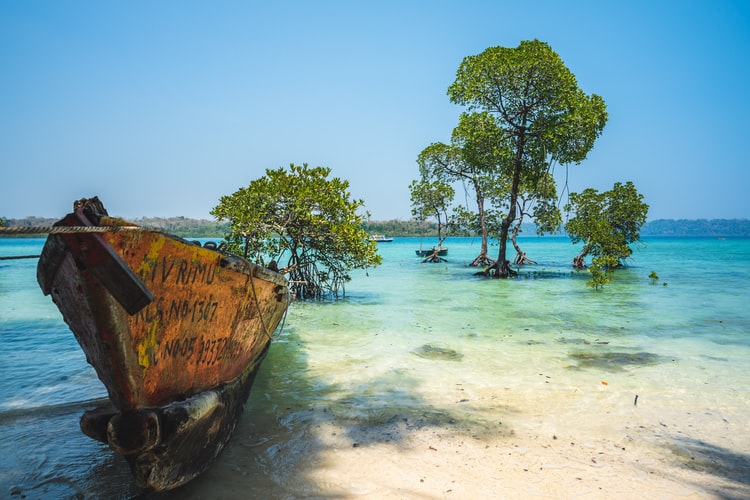 The Andaman & Nicobar Islands Integrated Development Corp. Ltd, which is a government undertaking, has been tasked with developing the territory in an environment-friendly and balanced manner. The corporation has further invited applications from developers to create sustainable ecotourism plans for Andaman & Nicobar. These plans would include four ecotourism projects – a resort at Lalaji Bay Long Island and Shaheed Dweep, tents and tree house at Smith Island and tents at Aves Island.

These ecotourism projects have, however, raised considerable eyebrows. Many experts are of the belief that under the guise of ecotourism many of these projects make the local community and their land vulnerable to outside investments and capitalist vested interests. Further questions have been raised on the format of bidding that will be followed in order to finalise tenders. Speaking to The Print, Samit Sawhny – managing director of Barefoot resort said, “A primary tenet of sustainable development, especially in small island economies, is to ensure local participation and benefit. However, all of the local players have been written out of the qualification process, as the hurdles to qualification are too high. Further, the tender documents do not go far enough to ensure local populations benefit significantly through employment and ancillary opportunities.”

NITI Aayog has also set up plans for the ‘Holistic Development of Great Nicobar Island in Andaman and Nicobar Islands’. This 75,000 crore project which will include developing towns, airports, solar-energy and gas based plants, etc. has also raised considerable concerns. One of the concerns is related to the leatherback turtles for whom Little Andaman and Great Nicobar are important nesting grounds.

According to Turtle experts and researchers, who have also led a signature campaign against NITI Aayog’s plans, the fruition of these projects would mean the end of important nesting sites for the turtles which would impact the ecosystem massively. The campaign is being led by the Students’ Sea Turtle Conservation Network (SSTCN), Chennai. Through the signature campaign the network has reached out to important authority figures such as officials in the environment ministry, union officials, forest officials and Lieutenant Governor of the Union Territory asking them to pause development work that encroaches and destroys the ecosystem of the islands. In the letter, as reported by Down To Earth, the significance of nesting sites within Little Andaman has been established from both a national and international lens. The letter states that these nesting and migration sites are “important for marine ecological health and global leatherback numbers in the Indian Ocean and the Western Pacific Ocean”. Galathea Bay is another important nesting site which has also been classified as an Ecologically Sensitive Area, is part of the UNESCO World Heritage Site and is one of the ‘Important Marine Turtle Habitats’ in India as per the The National Marine Turtle Action Plan released February 1, 2021. However, the Standing Committee of the National Board for Wildlife under Union Environment Minister, Prakash Javadekar has denotified the Galathea Bay wildlife sanctuary for construction of the International Shipment Project. This puts under risk turtles, 648 species of flora, 330 species of fauna and the indigenous Shompen community.

Additionally the project envisages 6.5 lakh people living in one part of the islands by 2050 whose current population is 8,500. This increase in population does not take into account the pressure it would put on the resources of the land and especially on the Shompen community of the island which is a vulnerable tribal group recognised by the government. The island also continues to depend on freshwater from rain which can cause water scarcity. The amount of water required for large scale development projects might not be available in the islands.

There seems to be a considerable gap between the plans of NITI Aayog and their local feasibility in the islands. Adding to the pressure are the ecotourism projects which threaten to drain local resources and cause major ecological and wildlife shifts that will be neither sustainable nor beneficial for the local communities.