Today marks the 5th anniversary of the March 11th earthquake-tsunami-meltdown catastrophe in Japan. There are countless ways we could commemorate the event, and media outlets throughout the world are doing it in hundreds of ways this week. It is impossible to write one message that covers it all, and difficult to write about it without being redundant. We chose to mark the occasion with a look back at one of the Japanese citizens who first warned, long before 3-11, about the eventuality of this new kind of “triple disaster” that Japanese energy policy had created.

On March 3, 2012, at the first anniversary of the March 11 disaster, Takashi Hirose gave a short testimony for the film project Beyond the Cloud, produced by Keiko Courdy. This film was released in 2013 in French and Japanese, but many segments of it, some subtitled in English, can now be viewed at the Japan Webdoc Project YouTube channel.

More about the film Beyond the Cloud (Au-delà du nuage 霧の向こう) :

Beyond the Cloud Yonaoshi 3.11 is a web documentary and full-length film about Japan post-Fukushima and the triple disaster of March 11, 2011 (earthquake, tsunami, nuclear accident). It is based on interviews conducted by Keiko Courdy during 2011 and 2012, both with residents of the devastated areas, but also with a range of leading Japanese public figures: artists, activists, a monk, writers, investigative journalists, the erstwhile prime minister at the time of the accident.

A segment from Beyond the Cloud—Yonaoshi 3.11:

Takashi Hirose is a longtime, vocal opponent of nuclear energy. He spent many years in the marginalized wilderness that was the customary place for anti-nuclear activists in Japanese society, ignored as they were by a mass media that had been silenced by nuclear industry sponsorship. After March 11, 2011, people started listening to what he had to say.

People were in shock after the accident, then gradually, everyone began to be scared. But in the end it was a good thing, a valuable scare. They understood it was no longer possible to have trust.

Unfortunately, man is every day surrounded by thousands of pieces of information. And that makes him forget even the most terrible events. This is the situation we are facing today. As we speak, radioactive material is seeping through Fukushima’s ground. It makes its way underground, reaches the ocean, to finally end up in the sky. This kind of fact does not make the news. So everyone forgets about it. If that was talked about every day in the news, the Japanese population couldn’t ignore it. Instead, all sorts of other things are being shown.

In my opinion mass media bear most of the responsibility for it. They created this situation. Nothing has changed since the incident. Incidents happen because mass media never take the problem seriously. Even though there were a few reports right after the incident, they now mention it sparingly.

The problem with contamination is that we can only measure it within items surrounding us, in the soil, the ground. A lot of people today own a Geiger counter, but it can only report airborne particles, it only measures gamma rays. In fact, when researching the radioactive content released from the reactors, and its dispersion, we do not find everything. It was about 5,000 degrees Celsius inside the reactors. This was a temperature of colossal magnitude. The uranium and plutonium were released as gases. I can find all that based on my calculations, but none of this can be detected using a Geiger counter, and the same goes for alpha and beta rays. No one even measures the strontium level. The strontium is the scariest of all. It penetrates and stays resident in bones, causing leukemia. This is particularly dangerous for the growth phase of children exposed today. 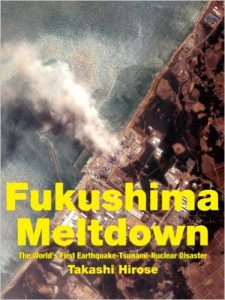 For children living near contaminated areas like Fukushima, we have to immediately set up a plan for their evacuation. But when one does not have money, one cannot escape. Even if the Fukushima population wanted to leave, they could not afford it. Now we must act to demand that TEPCO, the company that caused this accident, be required to give compensation money so that those who want to leave can do so. The country must first organize the evacuation of children from Fukushima in groups. Instead of leaving them alone to decide where to go. Children want to remain close to their schoolmates, so we must keep them in groups. This is achievable. Before Japan lost the war, we organized group evacuations We managed the escape of children from dangerous areas by bringing them to the mountains. This is something that must be done now. But the country does not do anything about it. For that I am calling this country a criminal nation. If we do not act, terrible things are looming for those children. I am worried.

See more in this series at the Japan Webdoc Project YouTube channel. 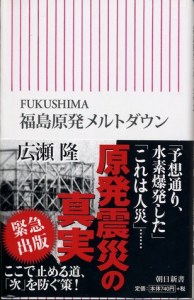