Take back auction of 41 coal blocks! Implement PESA and Forest Rights Act in its letter and spirit 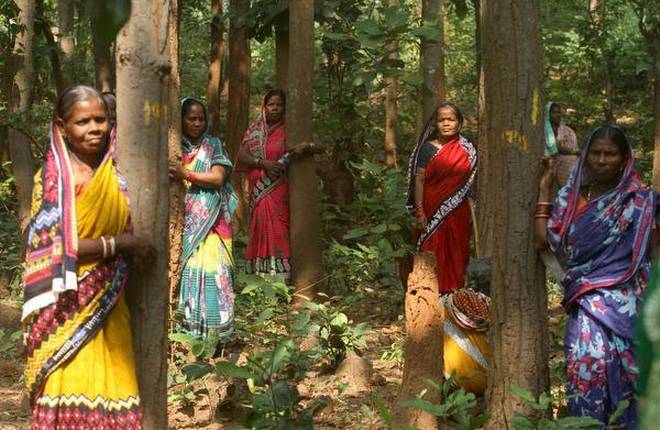 Coal is not a commodity for private profit –it cannot be sold in the name of development. Take back auction of 41 coal blocks!

Implement PESA and Forest Rights Act in its letter and spirit.

New Delhi, 19th June: Prime Minister Modi went live on television to convince people that the auction of mines for commercial use was in ‘national interest’ – and that it is a historic opportunity for us to correct the wrongs of the past – challenging the sort of protection laws in the past gave to captive coal mining. Realizing the dependence of industry on coal, he stressed it was an opportune moment that India now becoming a leading coal exporter, and hence the government has allowed coal to be sold in the open market.

The Prime Minister, sharing the dias with Mr. Prahlad Joshi, Union Minister for Parliamentary Affairs, and Mines & Coal, spoke of how reforms in the sectors of agriculture, MSME, coal and mining sector were being undertaken simultaneously – and widespread efforts are being done to implement them at the ground. For the government, admittedly, this is part of their commitment to convert disaster into opportunity – as part of the ‘Atma-Nirbhar Bharat Abhiyan’

The coal blocks listed in the states of Jharkhand, Chhattisgarh, Odisha, Maharashtra and Madhya Pradesh are located in regions of dense forest, with several species of valuable tress and a rich wildlife. To undertake coal mining in such regions, with haste and to facilitate profit for private players, especially when the country is manufacturing surplus energy, exposes the hoax of the union government. The decision to produce coal as a primary product of export is ill-advised, as it would even lead to rise in prices of coal for domestic production and take away captive mining of sectors of power, fertilizer and cement production etc.

Many of the coal blocks listed are environmentally sensitive areas. In Chhattisgarh, they were formerly given ‘No-Go’ for mining. 20 gram sabhas in Hasdeo Aranya region have already submitted oppositions to coal mining in 2015. Legislations such as PESA, Forest Rights Act and the rights of the Fifth Schedule have been used by communities in protest. Indiscriminate auction and allotment of coal mines will also take away constitutional rights and provisions which otherwise keeps the high-handedness of governments in order.

Not paying heed to any of these, the concerns of environmental conservation are now said to be addressed through introducing steps like coal gasification! The government has set a target to gasify around 100 million tonnes of coal by 2030 and four projects have been identified, in which ₹20,000 crore will be invested. Thousands of hectares of rich forests will be affected to open more mines, but all the government wants to do is divert the issue and auction precious natural resources to the highest bidder.

This also completely contradicts the Supreme Court’s ruling in the ‘Coalgate’ issue where it was clearly stated that “national wealth” should only be used for the needs of the country in public interest. Naturally, this strong union government only wants to centralize power, and wants to dictate what and how development could be, in pursuit of its crony interests.

Is the new auction for coal export? Or is there import of pollution and displacement?

Various government documents, Coal India Limited vision-2030, CEA plans, etc. have already stated that there is no need to allocate any more mines for the coal needs of the country. Coal India Limited’s own scheme, and the currently allocated mines, is capable of meeting the needs of India’s next 10 years. For this reason, earlier auction attempts failed in which even minimum bidders could not be found for most of the mines. Many of the mines whose auctions were successful, have also raised their hands. In such a situation, the important question is that when the earlier auctions failed, the old mines are not running, new coal production is not required, then why this auction? The answer is found only in Modi ji’s speech in which they want India to become a major exporter of coal. But even at the international level, there is no hope of increasing demand for coal. According to the Paris Agreement on Climate Change, and the serious side effects of coal mining, many countries are moving towards the end of coal mining, so India’s focus on coal exports is clear that it is only pollution and displacement imports.

It is clear that in the new policy and auction process, objectives like India-building and public interest have been completely ignored. Also, many mines are located in elephant-habitat areas, the destruction of which will intensify the human-elephant conflict. The death of 6 elephants in the last 10 days alone indicates this. In such a situation, new mines will deepen the possibility of serious environmental crisis and this auction is also against India’s commitment under the Paris Agreement.

Although the Prime Minister announced that this move of coal auctioning will lead to increase revenue for states which will allow it to sponsor social security – most academicians and experts believe otherwise. The loss of revenue and control will prove difficult for state governments to sustain. The auction of mines is under the purview of the state governments, and the union’s move to auction 41 coal blocks is against the basic spirit of Federalism. Jharkhand Chief Minister Shri Hemant Soren has already objected to this move. We also urge other state governments to follow this move and oppose the devastation and destruction on the lives of adivasis and forest dwelling communities – who are the rightful owners of the jal,jangal,zameen.

Bhumi Adhikar Anloan, a national level alliance of progressive peoples’ movement groups and individuals have always resisted these attempts to centralize power and advocated the implementation of pro-people laws and policies. We urge the union government to rethink its policies of auctioning coal blocks and urge them to take positive steps in recognizing the rights of gram sabhas in determining all aspects of their life and development.

We appeal to the patriotic and well-meaning citizens of India to come forward and take this democratic struggle, and prevent the sale of precious natural resources of the country. Bhumi Adhikar Andloan resolves to take this issue ahead across the country if the government decides to continue this indiscriminate loot.

On behalf of Bhumi Adhikar Andolan: