Tale of US Govt.’s Racism and Indian Govt’s Class Bias 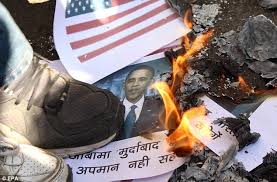 Several urgent concerns need to be addressed in the wake of the arrest of Indian Deputy Consul Devyani Khobragade on charges of visa fraud and under-paying her domestic worker. The issues of the mutual and reciprocal dignity of nations, reflected in diplomatic protocol, and those of the rights of domestic and migrant workers; the rights and dignity of Devyani Khobragade as an Indian diplomat and those of Sangeeta Richard as an Indian citizen and worker should not be used to undermine each other.

The charges against Ms. Khobragade are serious. But let us first look at the manner in which the US Government has dealt with them, before coming to the Indian Government’s role in the entire affair.

Would the US Government have treated a diplomat from a non-‘Third World’ country, charged with the same offences, in the same manner? US Attorney Preet Bharara states that she was not hand-cuffed or arrested in the view of her children, but he does admit that a strip search and cavity search – routine in the US – were conducted. But this is neither here nor there. The question is – would a diplomat from, say, the UK or France have been subjected to invasive searches and treated like a common criminal, and would the US allow its own diplomats to be thus treated in other countries? Again, this is not to undermine the seriousness of the charges brought against Ms. Khobragade. Rather, the question is, are the rules somehow different where US diplomats are concerned? When CIA operative Raymond Davis was charged with killing two men in Lahore in broad daylight in 2011, the US quickly claimed diplomatic immunity for him, even though he was not even officially a diplomat. So the US claims ‘diplomatic immunity’ even for its clandestine operatives charged with heinous crimes like murder, but claims it has no choice but to arrest, invasively search and jail an Indian diplomat? It is really this double standard that is the primary factor behind the anger that many Indians feel at the treatment meted out to Ms. Khobragade. It is difficult to evade the conclusion that imperialist high-handedness, as well as the structural racism of the US criminal justice and prison system, played a part in allowing the US Government to forget diplomatic conventions that it would expect as its due for its own diplomats. Of course, the US was no doubt encouraged in its high-handedness by the fact that the Indian Government never made an issue of the US’ refusal to extradite David Headley or Warren Anderson, of the shooting of an Indian fisherman by a US warship in 2012, or of repeated instances of frisking of senior Indian Government representatives in US airports.

What about the Indian Government’s response to the ongoing episode involving Khobragade and Richard? When the issue surfaced several months ago, India’s Ministry of External Affairs took no measures to prevent the matter from escalating. The MEA is well aware of the fact that Indian diplomats regularly employ and under-pay domestic help, drivers, gardeners etc from India. The infamous ‘double contract’ is an open secret – where there is one contract that complies with the US regulations and another ‘real’ contract that actually governs pay and other conditions. In the past couple of years, there have been other cases involving Indian diplomats accused of employing ‘bonded’ or ‘slave’ labour. The diplomats’ complaint has been that the MEA does not pay them enough to employ workers at US rates. This cannot, of course, be an excuse for underpaying workers – the point is that the MEA was well aware of the issue and did nothing to resolve it.

Further, the Indian Government seems to think it owes no duty to the other Indian citizen in the matter: Sangeeta Richard, the domestic worker. Instead, they have endorsed the action initiated by Khobragade against Richard, including charges of blackmail, fraud, theft; making insinuations that Richard was attempting to facilitate illegal immigration of her husband and child; and revoking Richard’s passport. Richard attempted to legally raise her grievances, terminate her employment by Khobragade, seek a fresh passport and visa so that she might work elsewhere, and sought a payment of $10,000 since she claimed to have worked 19 hours a day. The Indian Government seems to have decided that for a worker to raise such grievances against an Indian diplomat, amounts to betrayal of the Indian State and Indian nationalism! Disturbingly, the Indian Government seems to ignore the indications that Khobragade’s conduct towards Richard (and perhaps of other Indian diplomats towards their employees) amounts to human trafficking.

The discourse of much of the media and most political parties in India is equally disturbing. Richard’s actions are being described as a conspiracy. BJP leader Yashwant Sinha talks ofhow it’s common for servants to get ‘star-struck’ by the ‘glittering lights’ of the US, and to want to illegally immigrate and feel dissatisfied with their lot! A professor at the University of Chicago Law School wrote to me saying, “People have said to me that the domestic worker should be happy with her wages because she would make less in India. Would these same people agree that an Indian who works in Microsoft in Seattle should make the same as an Indian who works in Infosys in Bangalore?”

The Delhi High Court injunction of September 20 restraining Richards from moving courtagainst Khobragade outside India, says: “It is pertinent to mention here that the plaintiff and her family treated defendant No. 1 [Sangeeta Richard] as a member of their own family…The (plaintiff’s) house is equipped with all modern domestic gadgets. Defendant No. 1 was being given leave/off on Sundays when she used to visit a beauty parlour, church and her friends.” In India, the most common euphemism for exploitative domestic labour and even child labour is “we treat them like family.” “Like family” justifies every feudal relationship with the domestic worker, suggesting that a formal work contract regulated by the law would somehow corrupt the “family relationship.” Similarly, of course, any attempt by women to invoke laws regarding dowry harassment or domestic violence inside the household, is painted as a violation of the sacred “family ties.” Domestic workers in India face exploitative work conditions, with no norms of work hours, pay, leave, and vulnerable to sexual violence and even bondage and torture. India is yet to ratify the ILO Convention on domestic workers’ rights.

Yashwant Sinha declared that India should retaliate to the arrest of Khobragade by arresting US diplomats with same-sex partners, since homosexuality is illegal in India. Flaunting homophobia as ‘national pride’ and implying that minimum wage and anti-trafficking laws are ‘foreign’ to India is condemnable and truly shames India as a democracy.

It also needs to be pointed out that while employing highly exploited domestic workers is of course more prevalent in the Indian middle class, it is also a major and growing phenomenon in the US among professionals and elites. In the US, large numbers of households employ Latina, Filipina and other migrant women as maids and nannies. Their work conditions are usually exploitative, and they are often profiled as ‘illegal’ and very vulnerable to harassment. Some years ago, these ‘undocumented’ workers participated in huge numbers in a series of massive protests against being branded as ‘illegal’ by US immigration laws, which, far from protecting such workers, render them much more vulnerable to exploitation. The draconian provisions of the US visa regime under which Khobragade was arrested are in fact primarily targeted at controlling and limiting the rights of these workers themselves.

Instead of muscle-flexing and grandstanding, India and the US must work on resolving the diplomatic impasse, without compromising either on India’s sovereignty and the dignity of its diplomats, or on the rights of Indian workers. India must work to end the exploitative practices and trafficking by diplomats and protect all Indian workers from such practices. And India and the US both need to protect the rights of domestic workers in keeping with the ILO Convention norms in their respective countries.

(To appear in the forthcoming January issue of Liberation)