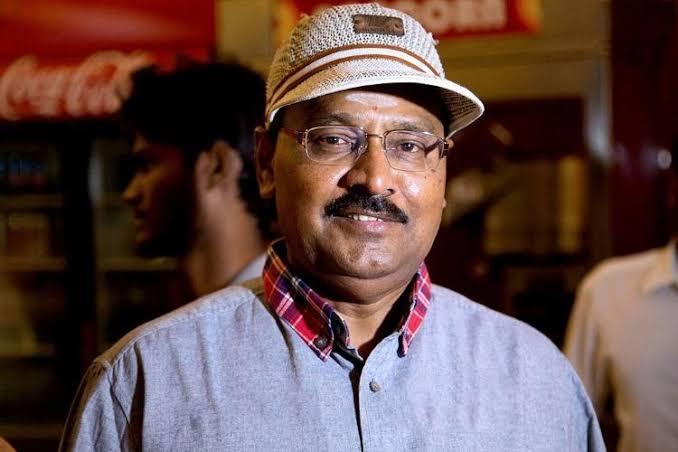 How can you always blame boys?’: Director Bhagyaraj’s ‘genius’ thoughts on rape

Bhagyaraj was speaking at the music launch of ‘Karuthukalai Pathivu Sei’, a film which has a plot resembling the Pollachi sexual assault case.

Tamil film director Bhagyaraj believes that women have lost their self-control since the advent of mobile phones. Why? Because it gives them the option of calling and messaging whoever they want. He also thinks that if a man has a chinna veedu (a derogatory term for a woman who has an intimate relationship with a married man) then the man— wait for it— is devoted to ‘the other woman’ and will not ‘disturb’ his wife. By contrast, however, if a woman has a kalla kadhalan (secret lover), then we will see instances in the news of these women killing their husbands and children. And that, he says, is precisely why women should ‘stay within limits.’

We will allow you a few minutes to digest these theories.

Speaking at the music launch of the film Karuthukalai Pathivu Sei, Bhagyaraj not only shot his mouth off but his ludicrous statements were received with rapturous applause from a section of the audience who egged him on.

Misogyny and sexism in the Tamil film industry is not new. That men in the film industry often propagate patriarchal ideals of women through their art and back it up with their behaviour in real life is also well-known. However, it is precisely because of the normalisation of these notions that they deserve to be called out.

An audio launch is generally a promotional event for the film and specifically one for its music and music director. However, of late, film industry veterans like Bhagyaraj and Me Too-accused Radha Ravi use the stage time to make headlines with their wide-ranging views on all manner of “current issues” from crime and politics to culture and morality. Even though Bhagyaraj’s directorial ventures appear to have come to an end, he has revived his career playing father roles and has managed to stay in the business.

Karuthukalai Pathivu Sei is reportedly a story on how a woman is duped by people she meets through social media, a premise believed to be similar to the Pollachi sexual assault and extortion case that shook Tamil Nadu in February this year.

Crediting his success to always being courageous in airing his views, Bhagyaraj said on stage that he couldn’t recognise the heroine of the film, Upasana, since she was wearing ‘different clothes’ at another event at which he had first met her. This, after he recognised and thanked other men on stage who don’t always walk around in the same clothes.

Saying that he has “unknowingly” given importance to women in his films, because he comes from a joint family, Bhagyaraj began, “Women used to be within a certain level. That control has gone after phones came. It’s very difficult to say it but they keep talking on the phone everywhere (mimics women).”

Using an oft-quoted Tamil proverb to victim blame survivors of sexual violence, Bhagyaraj said, “Oosi idam kudukaama nool nozhayadhu (the thread won’t enter if the needle doesn’t give it space to do so). Even if it is said in a comic vein, that is the truth. It’s only because you women give space that there is an opportunity for mistakes. How can you always just blame boys?” He was met with loud cheers from the audience for this particular line. Encouraged by the director spewing such misogyny, one man in the crowd even yelled ‘stepney’ (another derogatory term for ‘the other woman’), loud enough for the mics on stage to pick it up.

“If a man makes a mistake, he will meander and come back. If women make a mistake in such issues, it will become a huge mistake. If a man has a chinna veedu (a mistress), he will do anything for the chinna veedu, giving money, etc. He will not disturb the periya veedu (wife). If you see in the papers about a woman having a kalla kadhalan (secret lover) then you will read that they killed their husband or child. That is why women need to be under control,” he said.

Citing the example of the Pollachi case, he further added, “The boys are not the only ones responsible. You have a weakness and he has correctly used it. If what he did is a big mistake then you have also created an opportunity for that (to take place). That only is a very big mistake.” The director does not appear to have considered at all that the survivor of the Pollachi sexual assault is a living human being who, when exposed to these comments, may undergo further trauma over the victim-shaming. He also does not seem to know that rape and sexual assault are not “mistakes” but crimes for which the law has laid down punishments.

In yet another example— this time from a story he wrote himself— he talks of a virtuous woman driven to suicide along with her boyfriend because the parents of the couple refused to agree to their union. When the boyfriend suggests being happy before committing suicide (aka having sex), he lauds the woman for writing a suicide note which says that she would rather die as her father’s daughter (aka a virgin). Upon hearing this, both sets of parents apologise and agree to their union. Director Bhagyaraj underscores that such “mature women” also exist (who would have thought?!).

Towards the end of his rambling, over 20-minute speech, he also lets it slip that he doesn’t believe women have agency and says, “A father buys his daughter a phone only for the purpose of protection, as a precautionary measure. [The girl] then chatting on the phone by herself paves the way for all kinds of mistakes.”

You may slow clap now.