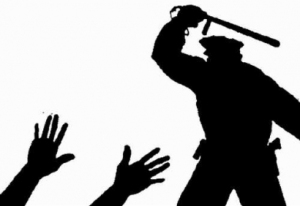 Abitha’s father Francis Antony (50) said that the SI and the constable had abused and beaten him on his buttocks with a lathi.

TENKASI: A Sub-Inspector and a head constable were booked for allegedly assaulting a person with disability (PwD) after the two-day protest by the victim’s daughter.

Abitha (24), protested against her father’s alleged assault by climbing a cell phone tower on Monday and the overhead tank of a government hospital on Tuesday, only ending her protest in the wee hours of Wednesday police registered a case.

In his complaint, Abitha’s father Francis Antony (50) said that the SI and the constable had abused and beaten him on his buttocks with a lathi. “The duo, wearing shoes, kicked on my chest. I could not bear the pain. I was sent home on bail. Watching my worsening health condition, my wife Grija and my daughter Abitha took me to the Government Hospital in Shengottai,” he said.

The police had seized Antony’s two-wheeler bearing 20kg of rice at the Puliyarai check post, while he was on his way to his relative’s house, on suspicion that he was smuggling the rice. On June 18 at 10 am, Francis was then called to the police station where he was allegedly thrashed by the cops. Seeking action against the duo, his daughter Abitha embarked on a protest. However, the police FIR still does not name the SI and constable.

When questioned about this by The New Indian Express, Superintendent of Police R Krishna Raj said that the SI and constable were removed from the Puliyarai police station and put on compulsory wait. “We have mentioned everything said by Francis in the FIR,” he added. Although the victim identified himself as belonging to a Scheduled Caste community, police did not invoke provisions of the SC/ST Act against the suspects as the man was Christian and therefore was considered a member of a backward class community.

Pesticide suicides reduce post 2011 ban on Endosulfan
Tamil Nadu is India’s model for low-cost renewables
Press Release - Endangering People, Banks, the Environment and the Economy
125 years after Ambedkar was born, a Dalit woman was burnt to death in Rajasthan