Tamil Nadu set to make ‘right to sit’ a workplace law; a look at how Kerala women won battle three years ago 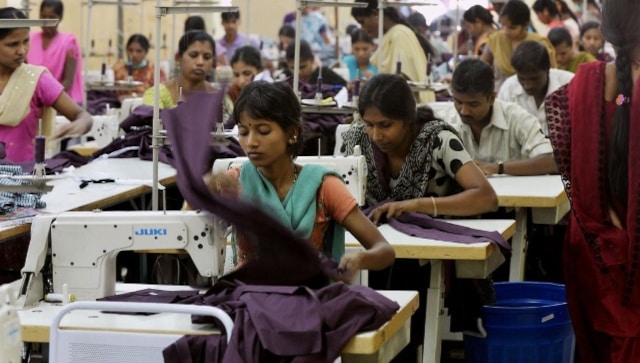 The Tamil Nadu government on Monday in the Assembly tabled a bill which makes it mandatory for business establishments to provide seating arrangements for their employees, who stand for long hours — particularly those working in textile and jewellery showrooms. If this Bill is passed, Tamil Nadu would be the second state after Kerala to legalise the ‘right to sit’ at the workplace.

The Bill is subject to assent from Governor Banwarilal Purohit.

It was introduced by Labour Welfare Minister and Skill Development CV Ganesan, who sought to amend the Tamil Nadu Shops and Establishments Act, 1947 by adding a sub-section to mandatorily provide seating facilities for the staff.

The proposed Section 22-A to the Act reads: “The premises of every establishment shall have suitable seating arrangements for all employees so that they may take advantage of any opportunity to sit which may occur in the course of their work and thereby avoid ‘on their toes’ situation throughout the working hours.”

n a move that would benefit thousands of employees of large and small establishments, particularly those working in textile and jewellery showrooms, the Tamil Nadu government on Monday tabled a Bill in the Legislative Assembly making it mandatory for establishments to provide seating facilities for employees.

The Bill introduced by Labour Welfare Minister and Skill Development C.V. Ganesan sought to amend the Tamil Nadu Shops and Establishments Act, 1947 by adding a sub section to mandatorily provide seating facilities for the staff.

The proposed Section 22-A to the Act reads: “The premises of every establishment shall have suitable seating arrangements for all employees so that they may take advantage of any opportunity to sit which may occur in the course of their work and thereby avoid ‘on their toes’ situation throughout the working hours.”

The Bill said that persons employed in shops and establishments in the State “are made to stand throughout their duty time” resulting in varied health issues.

“Considering the plight of the employees who are on their toes throughout their duty time, it is felt necessary to provide seating facility to all the employees of the shops and establishments,” it said.

The subject of providing seating facility to the employees was placed in the State Labour Advisory Board Meeting held on September 4, 2019 and was unanimously approved by the members of the Board.

But before Tamil Nadu, Kerala women won the struggle for their ‘Right to Sit’ three years back after an eight-year-long fight.

So how did Kerala women win the ‘right to sit’?

In 2010, saleswomen and female cleaners and sweepers in retail establishments on SM Street of Kozhikode came together under the leadership of the Asangatitha Meghala Thozhilali Union (AMTU) to demand toilet facilities. AMTU became the first all-women trade union that focuses on workers in the unorganised sector in Kerala. It has its headquarters in Kozhikode. It was set up by Viji Penkoot, the leader of a women’s collective, Penkootu.

Most working women in retail at that time had to use washrooms in nearby restaurants where they were allowed to go once or twice a day.

Saleswomen in textile shops had staged protests for the “right to sit,” as they were required to stand for long hours, often exceeding 10 hours a day, during which they were not allowed to sit or even take toilet breaks. They were not even allowed to sit when there were no customers in the shop.

Viji began agitating for the right to sit eight years ago, when a sales assistant in Kozhikode who leaned against a wall while a customer pondered which sari to buy, had her pay cut by Rs 100 for the “offence”, The Guardian reported.

However, the issue got national attention in 2014 after women employees of Kalyan Sarees in Thrissur went on a strike. Many of the employees, mostly women, complained of suffering from kidney-related issues, varicose veins, swollen feet, and back pain because of the ‘no sitting while at work’ diktat.

Since 2014, the AMTU has sent representations to the state government and the Kerala State Women’s Commission, demanding better working conditions, including the right for salespersons in shops to sit, as per Indian Express, however not many changes were made.

On 1 July, 2016, the National Human Rights Commission issued a notice to the Kerala government on the poor working conditions of women at textile shops in the state.

Then in 2018, workers of textile showrooms in Kerala again protested, demanding the ‘Right to Sit’, prompting the state government to amend the Kerala Shops and Establishments Act in 2018 to provide seating arrangements for them.

Finally, on 5 July, 2018, the Kerala government decided to amend a relevant Act, aimed at ensuring a more secure environment for working women and preventing their sexual exploitation.

The decision to amend the Kerala Shops and Commercial Establishments Act, 1960 was taken at a cabinet meeting chaired by Chief Minister Pinarayi Vijayan.

So what did the Kerala Shops and Commercial Establishments Act, 1960 say?

With inputs from agencies

Why setting up a Bad Bank is a really Bad Idea and what can be its Alternative?
3.5 million MobiKwik users' data up for sale, company denies claim
The 2014 Elections, a Secular United Front and the Aam Aadmi Party #mustshare
Preparing for Rajasthan civil service? Read the Gita