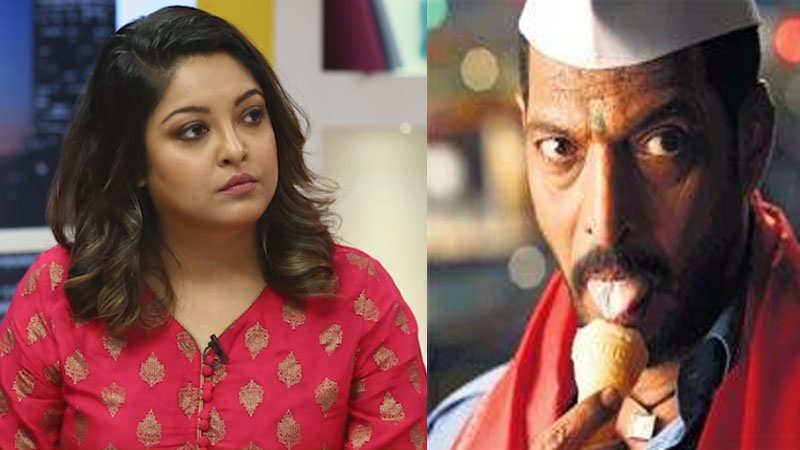 “I was attacked by a political party at the behest of Nana Patekar,” said Tanushree Dutta

“A lot of people are getting away with harassment,” said Tanushree Dutta

Actress Tanushree Dutta alleged that Nana Patekar harassed her while shooting for a film Horn ‘Ok’ Pleassss in 2008. She opted out of the film because of Nana’s misbehaviour. Tanushree spoke to NDTV about the incident and the harassment that followed. She also explained why actresses don’t come out and talk about such cases. Speaking to news agency ANI on Wednesday, the actress also named choreographer Ganesh Acharya as part of her allegations. Here’s what she told NDTV:

Q: You spoke about an incident on a movie set with your then co-actor Nana Patekar that happened many years ago. This is a huge allegation that you are making. What made you come out now to talk about this?

Tanushree: Well, I have been speaking about it for the last ten years. I want to say one thing, this is an allegation, this is not huge. It’s happening rampantly everywhere. A lot of people are getting away with harassment. It’s not huge. It’s time to make this dialogue normal. Yes, this bugger troubled me, let’s go after him. Let’s make sure he doesn’t do it again. Ten years back this was a taboo topic.

Q: So what you are saying is that ten years ago the narrative was different, now with the #MeToo movement, you think your story is getting the importance. Is it because of the changing times?

Tanushree: It’s better now. Some people are still functioning in the older ways. When a woman speaks she is claiming but when a man speaks he is saying. This is the reason why a lot of women don’t come forward because they don’t want to be the girl who is claiming harassment.

Q: You said Nana Patekar was not supposed to choreograph that song, what made you feel that he was the one who was adding or changing dance steps?

Tanushree: I was there. He was grabbing my hands and teaching me how to dance.

Q: You called Nana Patekar a culprit and said stars like Akshay Kumar and Rajinikanth should not work with him, you think it helps his career and stardom if other stars work with him?

Tanushree:Of course! His career is built on doing supporting roles for big stars. He doesn’t have the credibility to sell a movie by himself. He is a pathetic actor.

Q: Other stars may be signing films which have Nana Patekar for other reasons like the story or the director. Do you still feel that they should take a stand and not be a part of those films because Nana Patekar is in it?

Q: You were threatened?

Tanushree: Yes! I was threatened and my car was attacked while my parents were in it. The harassment continued for years. I was attacked by a political party at the behest of Nana Patekar.

Q: Do you want to name the political party?

Tanushree: MNS (Maharashtra Navnirman Sena). It’s a pathetic party by itself. They are also doing things to gain mileage for themselves by doing breaking down things. They have no standing of their own like BJP or Congress. It’s easy to take an honest individual who is trying to earn a living and overpower them with muscle power and then call yourself powerful and strong.

Q: You are not working in the film industry right now so is it easy for you to speak up but it’s difficult for other actresses who are actively working. Do they fear they will lose work?

Tanushree: Yes, they will recall, in 2008 Tanushree spoke and nothing really happened and she was gone, she was nowhere to be seen. I didn’t leave just for this incident. I got about 40 odd offers even after that. People didn’t speak out in the open but they supported me.

Q: So if an actress speaks out, the industry will support them?

Tanushree: The industry will support from behind. They call up and support but they don’t come out and condemn anything and they don’t stop working with them.

Q: What next Tanushree? Will you file a case or a police complaint?

Tanushree: I did what I had to do back in the day. Those complaints didn’t lead to anything, it just led to more and more harassment for me and my family. Law and order in our country have to be more victim-friendly rather than perpetrator-friendly. The time frame from filing a complaint and getting justice has to reduce otherwise its harassment for the victim. I am not working in the film industry, I am not earning crores. I will get justice through the media trial.

After Bollywood actress Tanushree Dutta came forth with shocking allegations of sexual harassment levelled against famed actor Nana Patekar, the Hindi film industry has gone into a state of immense frenzy.

On Tuesday in an interview with an Indian publication., the ‘Aashiq Banaya starlet’ recounted the harrowing experience of working with Nana while she was filming for a dance sequence for a movie released in 2008, saying he touched and felt her inappropriately and pushed her around the sets forcibly.

Shortly after, journalist Janice Sequeira who was present on the sets reportedly took to social media to share her version of the disdainful incident that took place almost ten years ago.

In a series of tweets Janice wrote:

“Some incidents that take place even a decade ago remain fresh in your memory. What happened with #TanushreeDutta on the sets of “Horn Ok Please” is one such incident – I was there,” she wrote in her opening tweet. Janice wrote that she was on the sets to cover the behind-the-scenes aspect of the song. When she arrived on sets, she was told the shooting has been stalled because of Tanushree.

“I could see Tanushree on set, visibly upset about something. #NanaPatekar, choreographer Ganesh Acharya and a man (who I later found was the producer) were having a conversation, while 50-odd dancers sat waiting. The official version was that the “heroine was not cooperating”. A while later, shooting resumed. Tanushree resumed work, and a couple shots later, #NanaPatekar joined her. Not long after that, Tanushree walked off set. Shooting halted again. She locked herself in her vanity van, refusing to come out. Out of nowhere, goons turned up and began banging against the vanity van door. I was told the producers had called them to set. Cops arrived. Amidst this chaos, I got hold of #NanaPatekar. All he said was, “Meri beti jaisi hai” (she is like my daughter), which didn’t really make any sense at that point.

“Eventually, Tanushree’s parents arrived to pick her up. Her car was attacked, the windshield broken. I tried to get in touch with Tanushree to get her version of events. Around midnight, she asked me to come to her place. In tears, she narrated what really happened,” she wrote. Tanushree told Janice that choreographer Ganesh Acharya made her practise her dance steps for three days only to change it all on the day of the shoot so Nana could be a part of the sequence. “Later, she said, a lewd dance step was introduced on the insistence of #NanaPatekar, so he could touch her inappropriately. That’s where alarm bells rang, and Tanushree decided to walk off set. What she didn’t expect was the aggression shown by the producers after,” she wrote in her tweets.

On the other, choreographer Ganesh Acharya has dismissed these allegations saying Nana Patekar is a ‘sweet person’.

“He’s a very sweet person, he can never do that. He is very helpful and he has actually helped a lot of artistes in the industry, he can never do anything like that.” He also added that he doesn’t remember what happened that day as the incident is from 10 years ago. “When I was called for rehearsal I was told that Nana ji was also there in the song. I don’t have the agreement with me because that time we used to do it verbally. But that particular song didn’t involve any kind of indecent step in the first place. It was pure dancing. That’s all,” he said.