Tanushree Dutta’s FIR Against Nana Patekar: What Happened In 2008 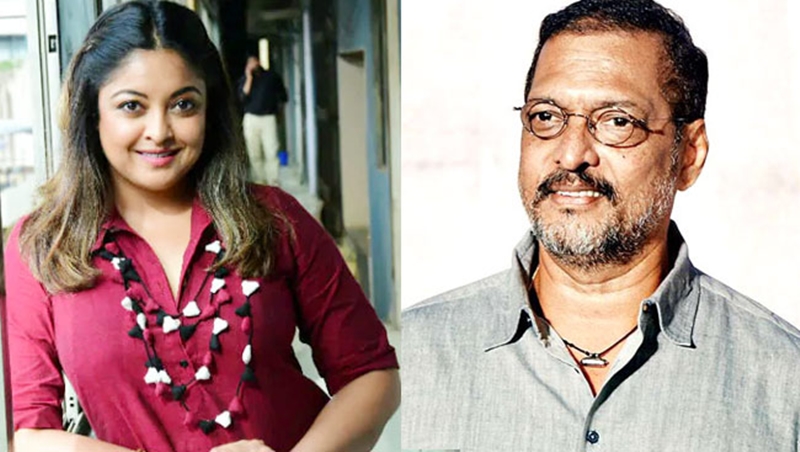 In her 40-page complaint, actor Tanushree Dutta told Oshiwara police on Wednesday that actor Daisy Shah, who was an assistant choreographer then, had witnessed veteran actor Nana Patekar trying to touch her during rehearsals for a song in 2008. “Shah will be one of the witnesses in the case and she will be called to record her statement,” said an Oshiwara police officer.

The recording of Dutta’s statement lasted over five hours at Oshiwara police station. An FIR was registered against Nana Patekar, choreographer Ganesh Acharya, producer Samee Siddique and director Rakesh Saarang—all of whom were involved in the making of the movie ‘Horn OK Please’.

Oshiwara police will gather evidence in the form of statements from witnesses, including those present on the sets before taking further action and sending summons to the four. They will also ask their Goregaon counterparts why they had not added Patekar’s name in the FIR in 2008. Mumbai police spokesperson DCP Manjunath Singe told TOI: “Oshiwara police registered an FIR against the four accused on Wednesday. The probe has begun and action will be taken accordingly. A case under IPC sections 354 (outraging modesty) and 509 (a word, a gesture or an act intended to outrage modesty) has been registered against the four.”

Tanushree says the film shoot began on March 23 and Nana Patekar stayed on the sets during a song shooting even though his part was long over.

Nana Patekar allegedly told the choreographer and other artists to back away. (File)

NEW DELHI: In her FIR or police complaint in Mumbai, former actor Tanushree Dutta alleges that senior actor Nana Patekar grabbed her arm and pushed her on the pretext of teaching her dance moves and touched her “indecently and unnecessarily” in front of everybody on the sets of 2008 film ‘Horn OK Pleasss’. The 34-year-old alleges that when she complained to the director, producer and choreographer of the film about Nana Patekar’s behavior, they reassured her but later tried to force her to perform an intimate dance step with Nana Patekar.

Tanushree says the film shoot began on March 23 and Nana Patekar stayed on the sets during a song shooting even though his part was long over.

The alleged harassment took place on the fourth day of the shoot on March 26, she says.

“In between the shots, there were around 100 supporting staff including junior artists, dancers and others and Nana Patekar, against my will and consent, started grabbing me by the arms and pushing me around on the pretext of teaching me how to dance, even though he is not the choreographer… he was touching (me) indecently and unnecessary in front of everybody, but nobody objected and all were complicit in this behavior by being silent spectators,” she alleges.

“I felt very uncomfortable because of his behavior mentioned above and he has outraged my modesty I felt embarrassed like this his behavior was inappropriate towards me.”

Nana Patekar allegedly told the choreographer and other artists to back away so he could teach her steps.

The ex-actor says she was “getting very disturbed, distracted and uncomfortable”.

After her complaint, she was assured that “everything will be fine” but she was allegedly called back to the sets and informed by the choreographer that “new steps” had been added – without her consent, knowledge and will – which were intimate and included Nana Patekar touching her inappropriately.

She says she went to her van as “they were harassing me physically and mentally” and it was difficult to bear. She called her parents and wanted to go home.

She says that some political party workers started assaulting and damaging her car while she and her family were trying to leave the venue. “All these violent people who were attacking my car had come to support Nana Patekar as they were very angry at me for refusing to do dance step with him”.

After the incident, says Tanushree, she was under tremendous shock and suffered psychological trauma, “unable to take up work and suffered huge monetary loss in crores of rupees”.

In 2008, Tanushree’s father Tapan Kumar Dutta had filed an FIR when she allegedly underwent the ordeal and her car was attacked while exiting the sets of ‘Horn Ok Pleasss