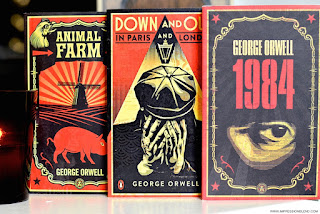 Harsimran Kaur of the Sikh coalition was asked by Boston’s NPR News Station on ‘Here & Now’ about what Sikhs stand for.

“The Sikh community, and the Sikh Coalition, stands up for all people. We stand in solidarity with the Muslim community, we don’t think that anyone should be targeted.

What’s going on is scape-goating of the Muslim community and by default other communities and that’s flawed. We don’t have to look far back in our history to see how disastrous this is and today we are talking about banning all Muslims from the United States, and that’s wrong.”

Tell us a little bit more about the history of Sikhs in the United States.

“Sure, Sikhs have been in this country for 125 years. They started coming around the turn of the century, working as farm laborers, working in lumber mills, working on the railroad particularly on the west coast. But Sikhs now live around the country and work in professions of all different kinds. Sikhs are your neighbors, your classmates, your colleagues. We have Sikh houses of worship around the country…”

President Obama will hold a town hall on gun control this evening*, broadcast on CNN. The president will talk more about his proposed executive actions, unveiled earlier this week, to limit access to guns.

When the president announced those measures on Tuesday, the president listed several mass shootings that have occurred during his presidency, including Oak Creek. In 2012, a gunman attacked a Sikh Temple in Oak Creek, Wisconsin, killing six people and wounding four others.

After the terror attacks in San Bernardino, a Sikh temple nearby was vandalized. Some Sikhs say they are uncomfortable with saying the violence is “misdirected” because that invites questions about violence being correctly targeted at Muslims. Harsimran Kaur, legal director at the Sikh Coalition, discusses this with Here & Now’s Robin Young.

In Kerala, RSS burns down library, people hit back with books
Chance Encounter With A ‘Terrorist’ At A Cafe In Madrid
How is your Aadhaar ID authenticated by private agencies?
Kerala - At NEET Centre female students made to remove bra, slippers #WTFnews