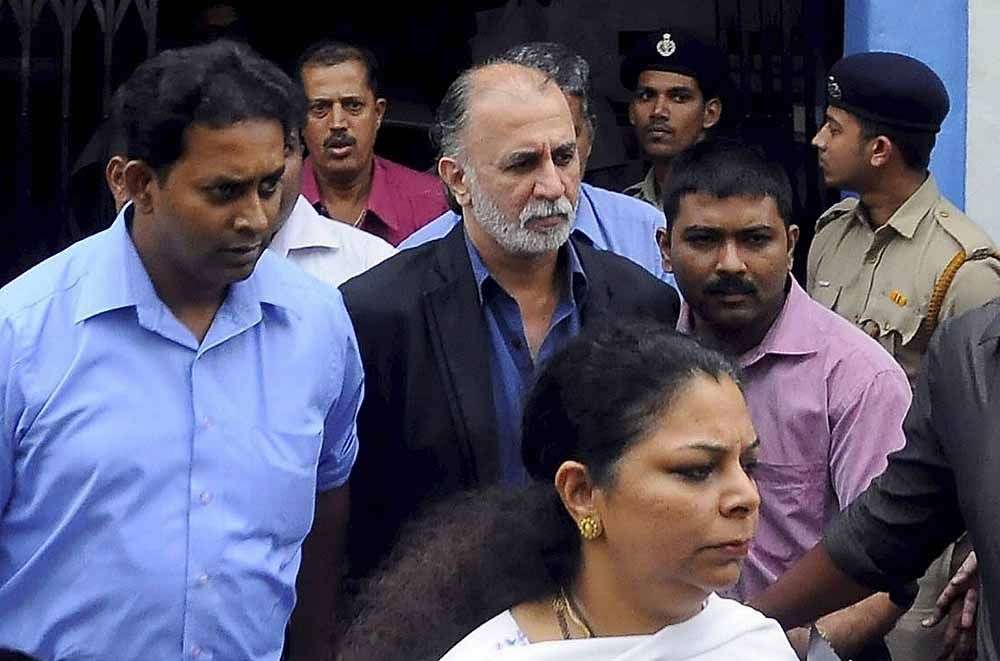 The charge sheet, filed in the court of Chief Judicial Magistrate Anuja Prabhudesai, has relied on emails and text messages between the victim and Tejpal, the statements of witnesses, besides CCTV footages of the 5 star hotel lobby outside the lift where the alleged incident happened.

Police examined 152 witnesses during the probe.

The charge sheet has placed great reliance on the “incriminating” emails exchanged between Tejpal, once celebrated for his sting operations, and the victim, including the one tendering apology for his actions, to nail him.

Later, briefing the media, Deputy Inspector General of Police O P Mishra said the Special Public Prosecutor in the case would request the trial court judge to conduct trial on a daily basis and conclude the proceedings within 60 days.

“Under section 309(1), this is an amended section (of CrPC), the Special Public Prosecutor, is going to request the trial judge to carry out the trial of the case on a day-to-day basis.

“As per the amended section, there is a provision that the offences which are attracted, which we have registered in this particular case, the trial should be completed within 60 days of the filing of the charge sheet,” he said.

Sunita Sawant, the Investigating Officer, has claimed in the charge sheet that the victim had identified the CCTV footage outside the lift. There was no CCTV camera fitted inside the lift.

The woman journalist was alleged to have been sexually assaulted by Tejpal on successive days on November 7 and 8 inside the lift of the hotel when she had gone to Goa for THINK Fest 2013.

The charge sheet has shocking details of how Tejpal, who knew the victim’s family for years, tried to allegedly force himself upon her on November 7 while keeping the lift moving from floor to floor without stopping.

The document contains in detail how the victim, who was drafted to chaperone Hollywood legend Robert De Niro and his daughter Drena, desperately reminded Tejpal that she was his daughter’s “best friend” to dissuade him from continuing with his obnoxious act, but in vain.

DIG O P Mishra said the Investigating Officer, who did a meticulous probe, had got in touch with the attorney of De Niro but the actor, who was travelling, had not responded.

“But we have enough evidence to prove De Niro’s presence at THINK Fest and all related documents,” he said.

The scandal involving one of the country’s top journalists became public after an internal email conversation in Tehelka got leaked, putting Tejpal’s career on the line.

In denial ever since the controversy erupted, Tejpal went into hiding and evaded the police for several days before giving himself up in the court of the Chief Judicial Magistrate in Goa after his anticipatory bail plea was rejected.

Tejpal claimed during the investigation that the incident was a “consensual act”, but police have charged him under the amended section related to the rape law.

Even while being in jail, Tejpal has been accused by the investigating officer of trying to intimidate her and by the victim of defaming her through an email.

The email contained the photograph of the victim with her face clearly visible, making public her identity which is against the law, and comments that she described as slanderous.

Meanwhile, the Goa bench of Bombay High Court will hear Tejpal’s bail petition tomorrow and may pass an order