Telangana Babies Bazaar: How Girls Are Being Sold Openly #WTFnews 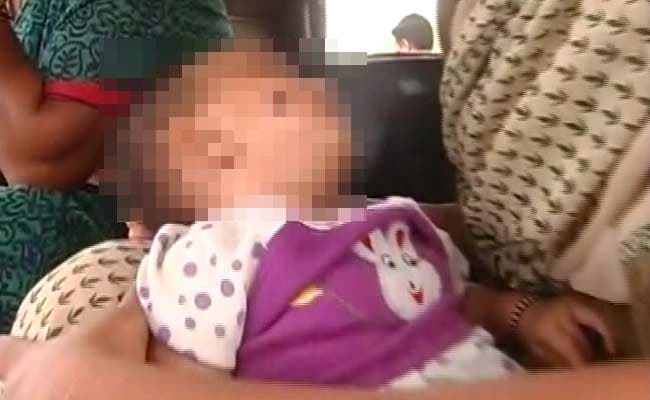 NALGONDA, TELANGANA:  In India’s newest state Telangana, it is possible to buy a newborn baby girl for a few thousand rupees.

This reporter and a member of the state’s child rights commission travelled to Nalgonda, about 120 kilometres from state capital Hyderabad and one of the most backward districts of Telangana – posing as a childless couple who wanted a baby.

Shockingly, it took us less than half a day to be offered an abandoned baby from a government-run home who we could take with us if we paid up the money and only two days to find Bhavani, a two-month-old baby girl, from a tribal hamlet, who we were told would be given to us if we paid Rs 30,000.

When we reached Devarakonda in Nalgonda, a local auto driver took us straight to the government-run Shishu Gruha or children’s home, offering to show us the babies there and said we could choose the one we wanted.

There were at least eight to 10 babies. We asked if there were any boys. “There won’t be any boys here, Madam,” said the man, who acted as a mediator.

He told us he would speak to the person in charge of the home and we would know by that evening whether we could take away one of the babies.

“Wait till evening and you can take that baby on the bed, madam. She even looks like you. If sir says yes, by evening I will get you the baby,” the man promised.

We learnt that most of the baby girls at the home have been given up by families which wanted only boys. In the tribal belt of the state, where there is extreme poverty, many think it is pragmatic to give up a baby girl, especially if they also get some money in exchange that can help their needy families.

The law says that a parent giving up a child for adoption must sign an affidavit and has the option to change his or her mind within 90 days, after which the baby can be legally adopted, following due process.

But we were promised at this home that records are not properly maintained, so no one would know that a baby had been given away. “Who will know madam if one baby is replaced by another? There is a regular supply,” the man told us.

There were other options, he said. “To arrange a baby for you within a week is our responsibility. We will search all over and send you photographs on WhatsApp or mail,” he said, claiming that baby girls could be bought here for as little as Rs 5000.

“If you had come yesterday, a pair of twins were available at a throwaway price,”‘ he said, explaining that they were born to a mother who had two girls already. “Dono bachche ladies, madam. Is liye de diya, saste mein de diya teen-paanch hazaar mein (They were both girls. We gave them away cheap for 3000-5000),” the broker said.

A day later, we got a call from a woman called Kamli, who told us that she had arranged a baby girl for us for Rs 30,000.

We had learnt even before she called that Kamli was notorious and had allegedly been supplying babies in exchange for money. “My name is Kamli Bai. I have been deputy sarpanch twice. It is a 23-day-old baby. Beautiful, fair child. I fixed up the deal for Rs 30,000. I gave Rs 5000 as advance on your behalf. When are you coming?” she demanded to know.

When we met her, Kamli demanded Rs 50,000, saying she needed to pay off many people. We asked what would happen if the child’s parents wanted her back or if someone else raised questions. “You don’t know about Kamli. I have given at least 20 babies so far. Nothing like that will happen,” she said confidently.

“She will take all precautions. We gave away three of my brother’s daughters,” Kamli’s sister Imli said, seeking to reassure us.

A short while later Kamli took us to an isolated place. The mother and baby Bhavani – a two-month old and not 23 days old as Kamli had claimed – were brought there in an auto rickshaw. We handed over some clothes and gifts, usually given to newborns. Kamli had given us strict instructions not to talk money in front of the young mother.

We told Kamli we would come back on an auspicious day to make a down payment and take delivery of the baby. We did not carry the deal through, but had discovered how the devious mafia of baby trafficking operates in poverty-stricken Telangana.

Was it desperation, helplessness or a conspiracy of silence that had converted baby girls into commodities who could be so easily sold and bought?

We Will Help Baby Bhavani

NDTV will work with Gramya Resource Centre For Women, an NGO in this area, to make sure this little girl and her family get the support they need.