Jeddah: A Dalit from Telangana State died after waiting for help for nearly two decades in a prison in an alien land. The Indian officials are working to trace the family to repatriate the body.

Daruri Buchanna, came to the Gulf when he was 19, spent over 20 years in a prison in the United Arab Emirates after he was convicted for hammering a fellow Telangana NRI to death after a heated argument.

A native of Raikal Mandal in Jagitial district, he was languishing in a jail in Sharjah since 2001, expecting his family and community to support him for his release from prison through Diya, a system that allows pardon and release of a convicted person from prison in exchange of money or goodwill of the victim’s family.

The family of the victim, B. Govardhan, had agreed to pardon the killer in exchange of a mere Rs 3 lakh but the poverty-ridden family of Buchanna was unable to meet the demand. Buchanna was a bachelor and his mother is old while the other siblings are doing menial jobs in the village.

Buchanna’s mother waiting for his release for last two decades 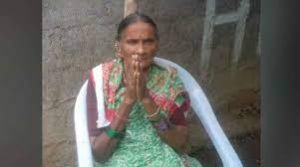 Buchanna’s mother waiting for his release

Buchanna, while serving time in prison, developed depressive disorder and psychotic suffering with multiple health issues, and he was wheelchair bound. His health condition isolated him from the rest of the inmates. He was not in a position to distinguish between prison walls and paddy fields of his village, according to sources who had seen him in the jail.

There was no visitor nor any calls made to Buchanna for the last 20 years except one way back in late 2000. Buchanna’s condition deteriorated further, and he was shifted to a hospital in Sharjah by prison authorities where he was battling for life due to a respiratory system failure and finally died recently. Since there was no contact information with prison authorities, the Indian consulate was informed about the death.