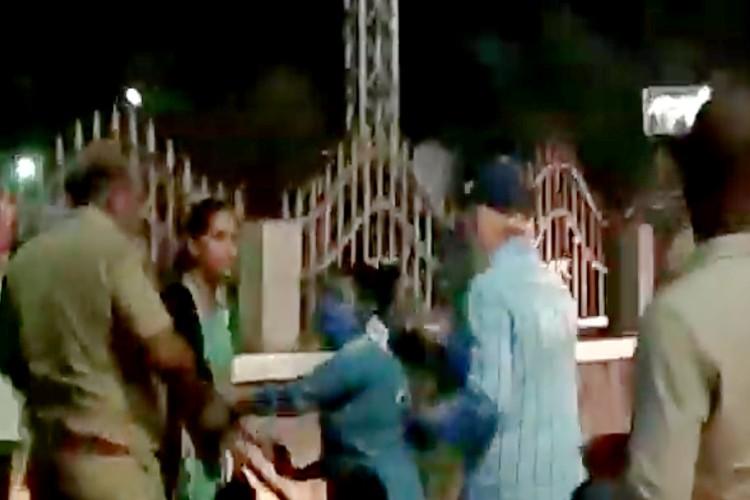 One video shows the police harassing doctors who were on their way back in the night.

Dr Sidhardha K, a doctor from Osmania Hospital, recalling his ordeal said, “I left the hospital at 9 pm. On my way home, I was stopped by police who said I wasn’t allowed to be outside. I showed them my identity card in a digital form, but the police officer refused to listen and told me again I wasn’t allowed to be outside. They hit me and broke the glass and visor of my bike when I tried reasoning with them.”

The doctor said that he filed a complaint with the Lalaguda police in this regard.

This is really appalling! Doctors returning home from the hospital in Telangana are being stopped and harassed by police for breaking curfew. This is even after they have showed the police their ID cards @thenewsminute @dhanyarajendran @NitinBGoode44312:41 PM – Mar 24, 2020Twitter Ads info and privacy352 people are talking about this

A health worker also, who was attending the services was allegedly beaten by the police.

@TelanganaDGP One of our medical paramedics (Syed Faiyaz Hussain) was beaten up at the Miyapur junction by a policeman. As a healthcare worker, he was on his way to provide services to those in need. What is going on? Why isn’t the police aware of who is allowed and who is not?209:30 AM – Mar 24, 2020Twitter Ads info and privacy40 people are talking about this

Another PG student from Osmania Hospital said, “I was on the way back from my shift at night when the police stopped us. There were three of us in the car as there have been issues arranging for rides during this time.” As per the Government Order issued on Monday only two persons can travel in a car.