NEW DELHI — Thousands of farmers, laborers and agri-laborers thronged the National Capital from across the country on Wednesday to raise their voice against the economic policies of the Narendra Modi government. They also raised various demands, including expansion of the flagship rural employment scheme MNREGA in all rural areas as well as urban areas.

Thousands of farmers, farm workers and labourers from across the country participated in the Left-organised mega-rally from Ramlila Maidan to Parliament to press their demands for fair wages, remunerative crop prices and debt waiver.

The Mazdoor Kisan Sangharsh Rally is the “first combined” rally by Left-oriented organisations — the All India Agricultural Workers’ Union (AIAWU), the Centre of Indian Trade Unions, and the All India Kisan Sabha (AIKS), organisers said.

AIKS general secretary Hannan Mollah said the government policies were hurting the interest of farmers, farm workers and labourers who were the producers but hardly get any benefit or fair returns.

“We are holding a joint demonstration for the first time to raise voice against the common enemy. This government’s policies are beneficial to corporates and not the people. We want the government to change its policies,” Mollah told reporters.

The protesters have put before the government 15 demands. They have asked for curbing price rise, universalising the Public Distribution System, employment creation, minimum wage of not less than Rs 18,000 per month and banning labour law amendments.

Debt waiver, redistributive land reforms, a ban of forcible land acquisition, reversing neo-liberal policies, and a ban on ‘contract’ employment are among the other demands.

CITU general secretary Tapan Sen said the next course of action would be announced after the rally reaches near Parliament.

“The protests will be intensified if the demands are not considered by the government,” he said.

In addition to the Left organisations, many trade unions, employee unions and teacher federations have extended their support to the rally, Sen said. Anganwadi and ASHA workers are also expected to join the march, he added.

AIKS president Ashok Dhawale said many participants were not affiliated to his organisation, but they had come to Delhi as they were “victims of government’s anti-people policies”.

Raghunath Chaudhary, a farmer from Maharashtra’s Nashik, who was a part of ‘Long March’ to Mumbai in March this year, said he felt betrayed as the Maharashtra government had not fulfilled its promises despite a written assurance.

“We hardly get work under the MGNREGS. Even if we get it, payments are delayed for months,” Armo said.

On its official twitter handle, AIKS posted various demands and photos of the mega rally on Wednesday: 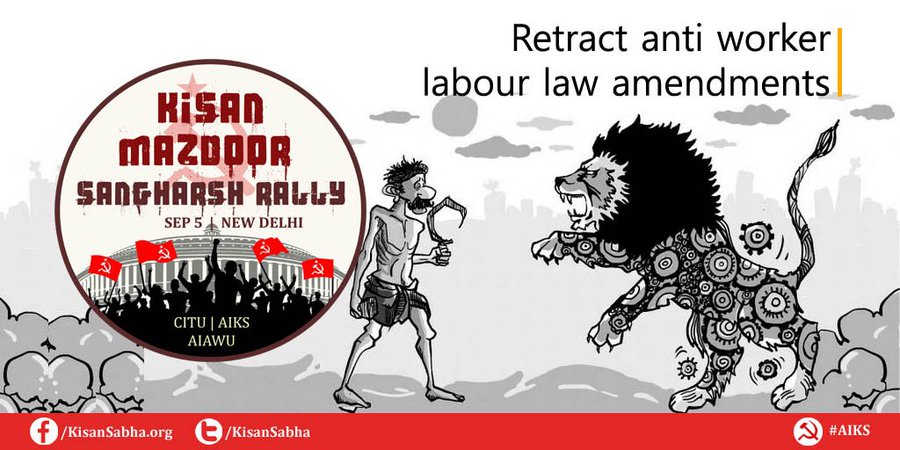 Stop! Retract all the anti-worker labour law amendments. Go back to the hell where you came from. The historic Mazdoor-Kisan unity demands the Central Government. #KisanMazdoorfightback 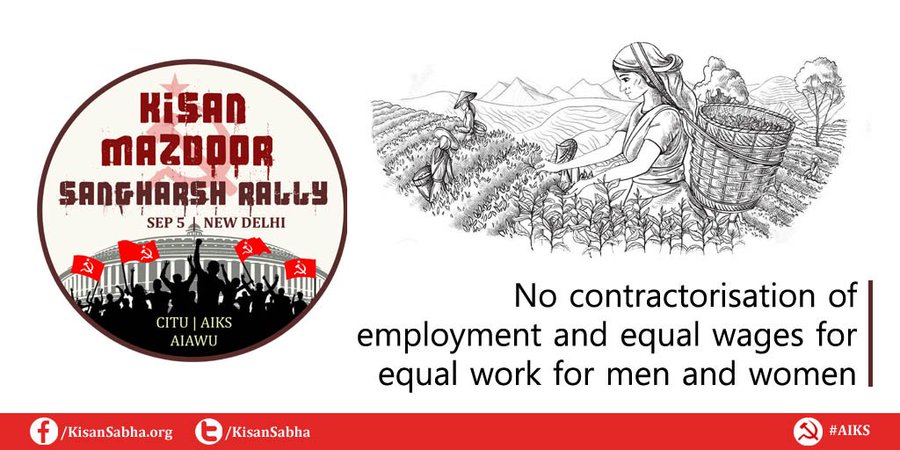 The Mazdoor-Kisan unity demands to enact laws to stop contacturisation of jobs & ensure equal wages for men and women. #KisanMazdoorFightBack 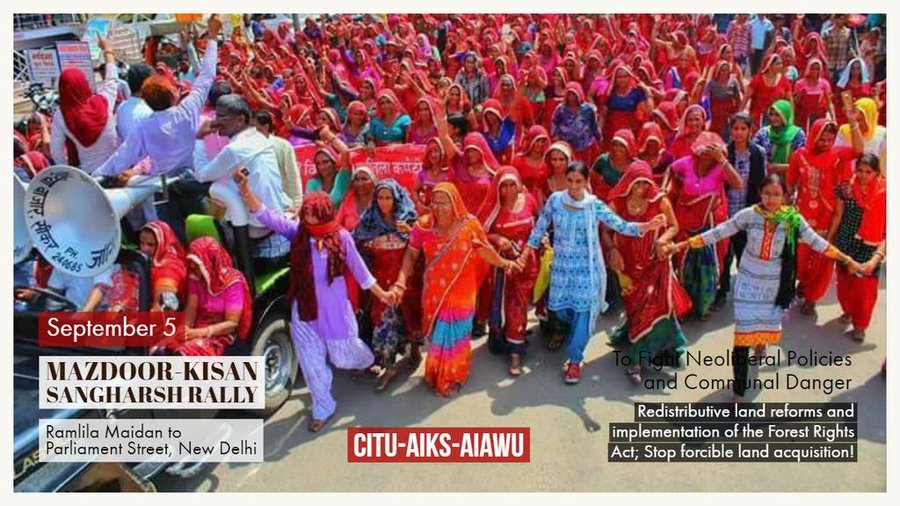 Put an end to the Modani model of corporate loot or the Mazdoor-Kisan will make the decision. #KisanMazdoorFightBack

This is a fight against the anti-national forces that let the corporate loot the nation of its resources & rob the people. #KisanMazdoorFightBack represents the emotion of the people against the Modani development model.

— With Inputs from IANS

In India “Daughter of a Maoist”
What India’s TV wars with Pakistan don’t tell us about our wars without witness
Berta Cáceres one of hundreds of land protesters murdered in last decade
India - How The Adivasi Goes To Vote ?