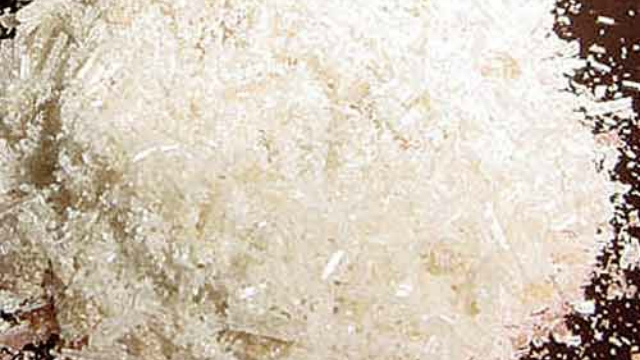 How the drug cartel works in the Indo- Pak border.

Adjacent to Chakki river that separates Himachal Pradesh and Punjab, Bhadroya housed dozens of one-room hutments, used as pick-up points for ‘Chitta’ a local drug that has, in the last decade, plagued the entire state of Punjab. The unpaved roads that lead into Channi valley of Bhadroya had over the years become a part of the important route used by notorious drug syndicates of Punjab. A route that originates from Pakistan.

Hence it was not far-fetched for HP authorities and Punjab police to think that the JeM militants might have used these drug routes to launch an attack that claimed lives of seven security personnel. Thus the crackdown.

By the time dna visited Bhadroya, it looked like a ghost town. While the National Investigation Agency maintains its investigators had so far not found evidence of any insiders aiding the JeM attackers and have more or less not focused on the drug link to the attack, situation in areas close to the International Border point out the glaring infrastructure that made the Pathankot attack possible.

The National Investigation Agency maintains its investigators had so far not found evidence of any insiders aiding the JeM attackers and have more or less not focused on the drug link to the attack, situation in areas close to the International Border point out the glaring infrastructure that made the Pathankot attack possible. dna travelled to some of the villages which lie close to the International border that is guarded by the Border Security Forces and found how the drug trade of Punjab has rendered the border porous and vulnerable to terror attacks.

Several officials of Punjab’s revenue department as well as the police force elaborated the modus operandi of drug racketeers and their network which spreads across political parties and the police force itself. The officials spoke on the condition of anonymity fearing reprisals as they believe the tentacles of the drug syndicate run deep into state machinery and major political parties

Posing as a potential client, this correspondent also spoke to some of the persons involved in peddling of Chitta, a grainy Heroine extract . Interestingly the version of Punjab’s drug story put forward by drug dealers was not much different from the one presented by cops who were apparently trailing the same drug mafia.

Villages of Narot Jaimal Singh, Tash, Pharwal, Bamiyal are some of the places which serve as bases where Chitta is transported and stored briefly before its subsequent distribution. How they are brought inside Indian territory is another story all together. The International Border (IB), which divides India and Pakistan, falls on massive tracts of farming land. There are patches of farming land owned by Indians which fall on both sides of IB. Technically the farming land on the other side of IB is Indian and farmers are even issued a special ID to work on the fields.

“These farmers can grow crops which do not grow more than two feet in height. They are accompanied to other side of border by BSF jawans in the morning and in the evening they are brought back,” said a village sarpanch.

This is where Punjab’s drug story starts. When the drug trade was in its inception, Pakistani drug peddlers would use simple methods of transportation. An Indian drug peddler would wait for the arrival on this side of the border, the package would be thrown over the fence or the same would be handed over after cutting through the electric fencing. In some places where the border is completely porous, package would be simply handed over.

But as trade grew, the methods of transportation of Chitta also became sophisticated.

During conversations with some of the residents of villages near the IB as well as some drug dealers, dna learnt of pipes that have been laid under the fence that divides India from Pakistan. These pipes, which are meant to water the farms, on both sides of IB, have long been used by drug dealers to transport their product.

While the existence of these pipes are not uncommon knowledge in the rural parts of Punjab, a stringent watch over the same after the terror attack had many in the vicinity believe that the same pipes were used by the JeM militants to cross over. A Punjab police official of deputy superintendent rank confirmed the same to dna but refused to delve whether or not the pipes are still being used by drug mafia’s . The officer also did not elaborate on the size of these pipes when asked if they were large enough for people to travel.

An NIA official when asked about the same said their investigators knew about the pipes but refused to confirm if the same were used by the JeM militants to cross over. The story does not end with these pipes. In fact, there are many in the revenue department who claimed that hundreds of acres of land in and around the IB are owned by persons who serve as a front to drug kingpins some of whom have close links to senior Punjab politicians and officials of the police force.

In fact back in 2002, one relative and one neighbour of Sucha Singh Langah, former Cabinet Minister of Punjab were arrested which was followed by his own arrest. In an alleged case of disproportionate assets, Langah was accused of purchasing benami land in the name of both accused. Hewas convicted in 2015.

Many here believe that buying benami properties is another strategy for drug syndicate to carry out business. dna managed to retrieve some of the land deeds undertaken in the recent years but was not able to contact the owners of the same. In one case a family of three sisters and a brother, were found to be at loggerheads with‘powerful politicians of the area’ but the same family could not be traced. The phone numbers went unanswered.

” The kingpins have become smarter. The land is given to farmers to maintain and if someone tries to trail these kingpins using these land deeds, they will reach a dead end,” said a revenue official to dna.

The knowledge is quite common among those dealing with drugs. While speaking to a mid-level dealer in Damtal, dna found out that a female dealer, who goes by the name ‘Bhabhi’, is responsible for distribution in Pathankot and surrounding areas.

When requested to meet Bhabhi, the dealer had taken this correspondent to a secluded spot near Chakki river but changed his mind after speaking to two bike borne youths who had arrived in the area. “I personally prefer marijuana because its less risky to be dealing with it. But Chitta is in demand not only in India but abroad and the money in it is huge,” said the dealer adding that it could cost this correspondent anywhere between 1000-12000 rupees to avail the drug. A gram of chitta can be sold for 1000 rupees depending on its quality.

So when pictures of Gurdaspur SP Salwinder Singh photographed with Punjab politicians made rounds in the state, many here began to connect the dots. The NIA, however, has not spoken much on the alleged drug links to the Pathankot terror attack.

“You can sell the same( Chitta) in Delhi. I am sure there will be many buyers. Transportation of the same is not a problem,” a dealer said suggesting a compliance on part of law enforcement agencies. He added that after the Pathankot attack, police had become stricter but soon everything will be relaxed and it was the best time to invest in the drug trade.http://www.dnaindia.com/india/report-terrorists-drug-mafia-police-and-their-shared-love-for-punjab-s-drug-chitta-2208610