The dangers of nuclear hubris 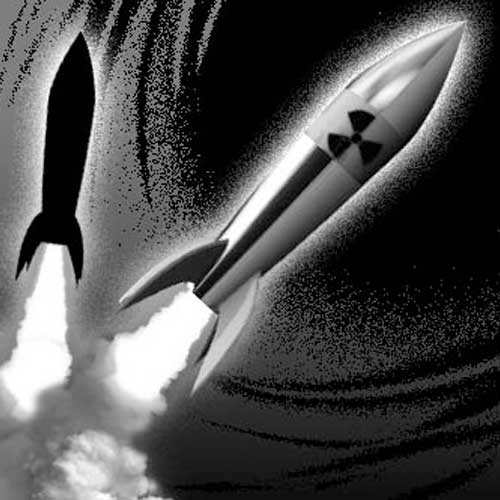 Nuclear weapons and aggression always go together. So do nuclear weapons, hubris and machismo. Aggressiveness — and readiness to wreak mass destruction or inflict great cruelties upon an adversary’s civilians — lies at the heart of the nuclear weapons rationale, the acceptance and normalisation of their mind-numbing violence, and the development and deployment of such armaments, whether they are used or not.

This mindset is often expressed in boastful and extravagant claims of nuclear prowess and “achievements”— having bigger and more warheads, more and longer-range missiles, and above all, having them first. This has nowhere been in greater evidence than in South Asia.

Beginning with Homi Bhabha’s famous 1964 broadcast, boasting after the Chinese nuclear test that India could develop a nuclear-weapons capability in 18 months, through Zulfiqar Ali Bhutto’s 1972 expression of resolve that Pakistan would “eat grass” but still get the Bomb, to the headlines of 1974 announcing India’s entry into the world’s “Nuclear Club”, composed of its most scientifically and technologically “advanced” nations, such claims and counter-claims have been integral to the often raucous strategic rhetoric exchanged between the two states.

The claims became particularly coarse and gross with Abdul Qadeer Khan’s 1987 revelation to Kuldip Nayar that Pakistan has the Bomb: “go tell them we have it…” This came after Nayar had provoked Khan by citing Indian Department of Atomic Energy officials’ “assessment”, itself Nayar’s concoction, that Pakistan lacked the men and materials to make the Bomb. Khan has since been crowned the unquestioned “Father” of the Bomb and lionised in Pakistan — just the way Bhabha and APJ Abdul Kalam were in India.

The image only strengthened with the disclosure that Khan ran a “nuclear Wal-Mart” selling centrifuge and bomb designs to sundry customers ranging from North Korea to Libya, and yet that Islamabad shielded him.

However, a new book entitled Eating Grass by Pakistan nuclear establishment insider Feroz Hassan Khan has demolished the image. It apparently shows that the father of the Bomb wasn’t Khan, but Atomic Energy Commission scientists, especially Samar Mubarakmand. Khan stole designs of uranium-enrichment centrifuges while working in Holland and provided key inputs, but the Bomb fuel used in Pakistan’s 1998 nuclear blasts was actually made by the AEC.

India’s nuclear czars persistently refused to believe that Pakistan had a nuclear capability. During the fortnight-long gap between the 1998 Indian and Pakistani tests, DAE secretary Raja Ramanna publicly stated that Islamabad couldn’t have the Bomb because its nuclear programme wasn’t indigenous, unlike India’s, but based on borrowed technology. This assessment, shared by many senior BJP leaders, also derived from pure hubris.

There lies the rub. Both the Indian and Pakistan nuclear weapons programmes have liberally borrowed, bought or stolen imported technology and materials.
India got plutonium for the 1974 test from the spent-fuel of the Canadian-designed CIRUS reactor, to which the US supplied heavy water. All “Indian” reactor designs are of foreign origin, as are Pakistan’s.

The hubris has fomented dangerous nuclear nationalism and false claims of scientific-technological “achievement”. But the science was established in the 1940s, and the technology has long been in the public domain. Besides being an ethical disaster, nuclear weapons have increased, not reduced, insecurities in SouthAsia.

The author is a writer, columnist, and professor at the Council for Social Development, Delhi.