The Difference In Justice For Nirbhaya And Bilkis Bano 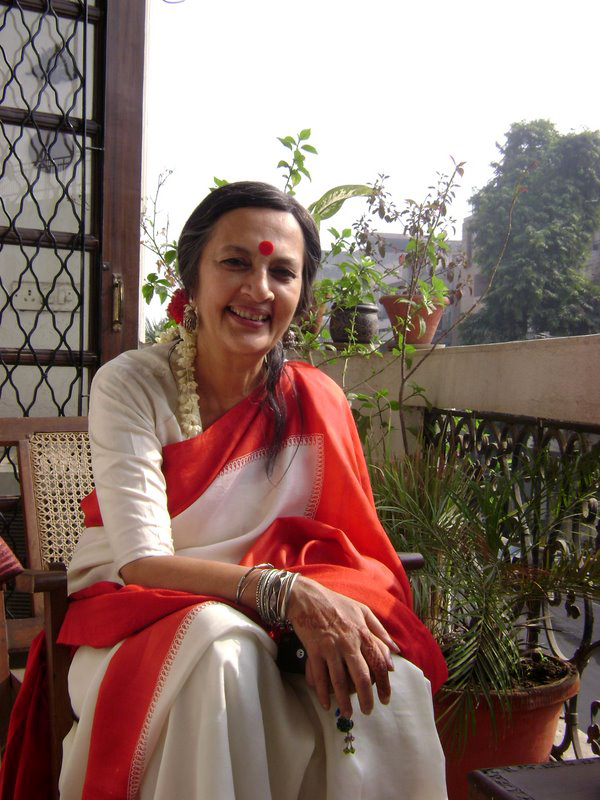 The Nirbhaya case aroused the conscience of India in an unprecedented way, calling into action thousands of young people who had perhaps never earlier joined street protests.

The bravery and courage of the young woman, Jyoti, the brutality of the crime against her, now detailed in the judgement, the utter injustice and horror of her death symbolized so much that is rotten in our system, it reflected so many real fears and experiences of young women, it was a case with universal relevance across social boundaries.

The Nirbhaya case and the public outrage forced the then government and all political parties to set up a commission led by the former Chief Justice JS Verma which made important recommendations, not only for amendments to the law, but also for steps on behalf of authorities for the prevention of sexual crimes against women and to create a secure and safe environment for women to exercise their equal right to public spaces.

Some of the amendments suggested by the Verma Commission were accepted and adopted by parliament. But the measures required to make the country more secure and safe for women are far from being implemented.
The Nirbhaya gang-rape and murder led to widespread protests

and outrage in the country.

In our country, where the conviction rate in sexual crimes against women is as low as 20 per cent, where cases drag on for decades, it is a matter of great satisfaction that the perpetrators of the horrific crime against Jyoti could not get away with it and that the judicial process could be completed in four and a half years. There is little doubt of the guilt of those who have been sentenced in the Nirbhaya case.

Some of the earlier arguments in the lower courts advanced by the defence were outrageous aspersions on the conduct of the young woman, both in court and outside, common to so many defence arguments in cases of rape and it is welcome that they were rejected.

Victims fighting for justice in cases of sexual crimes against women will be encouraged by these positive features in the judicial process concerning the Nirbhaya case and will expect that it become common rather than a rarity.
As far as the sentence is concerned, the courts, starting with the lowest, held the accused guilty and pronounced the death sentence which has now been upheld by the Supreme Court.

The defence argued that there was no previous record of criminality. This has been a legal consideration in judicial decisions on sentencing. Poverty and the brutalizing conditions of the lives of the criminals was an issue also brought up by the defence as a mitigating factor.

This would be an unacceptable justification of a crime of this nature. It is true though that in a grossly unequal society like India, children of the poor often have few avenues of survival, becoming prey to the exploitation of criminal forces.

Here, in the capital of the country, we have before our eyes hundreds of street children, many of them runaways, surviving in inhuman conditions. How do they grow up, what do they take with them on their path to adulthood, these are indeed deeply disturbing and relevant questions. Often criminality is born by circumstance in capitalist societies such as India. Particularly when the death penalty is on the statute books, such questions are literally a matter of life and death.

There are many cases where the Supreme Court has reversed the death sentence to life imprisonment. Often there are subjective factors that decide which case falls in the rarest of rare categories. The death sentence has been given in some cases to assuage the “collective conscience”, an argument that can equally apply to justify the actions of a khap panchayat.

The arbitrary nature of decisions regarding the death penalty has been shown up in the judgement in the Bilkis Bano case. There are some who argue that if the criminals in Nirbhaya’s case can get the death penalty, then why not those involved in the barbaric violence that Bilkis and her family were subjected to?

Bilkis herself has been reported to have said after learning of the Nirbhaya judgement that she would appeal to the Supreme Court to pronounce the death sentence against those guilty in her case too. But the purpose of my argument in contrasting the two cases is to point out the frailty and flawed process in deciding the death penalty.

In Bilkis Bano’s case, there was no national outrage. Since March 2002, she has fought virtually alone in the most adverse of circumstances, helped mainly by a band of human rights champions like Teesta Setalvad, who themselves became victims of the processes of injustice, precisely because of the help. extended in cases like Bilkis’. After 15 years, Bilkis’s quest for justice is still not over.

In this judgement too, the terrible details of the crimes perpetrated are recorded. According to the judgement “on February 27, death of large numbers of Hindu karsevaks took place.. at Godhra railway station…allegedly by members of the Muslim community. On account of this, large scale riots erupted in the State of Gujarat. A large number of lives were lost in the communal riots which ensued.”

This is the background of the horror that Bilkis faced. Young, pregnant she had to flee her village of Randhikpur in the Dohad district with her entire extended family. On March 3, moving from one village to another, the group were spotted by gangs of men in two cars hunting for Muslims. At the time she was carrying Saleeha, her three-year-old daughter, in her arms.

She recognized the men, mainly from her own village, who rushed towards her. They tore the child from her arms and smashed her head on the ground. The child died before her mother’s eyes. Three men gangraped the pregnant Bilkis. Her sister and cousin sister were also raped. One of them had given birth only the day before.The baby was with her. Every single one of the group of eight was killed including the baby. Bilkis, who had lost consciousness, was left for dead, but she survived.

Bilkis Bano was gang-raped during the Gujarat riots. She was 19 and pregnant.
It is not possible here to recount the dreadful story of her suffering. At every stage, her fight for justice was destroyed. The FIR was manipulated, the medical reports and postmortem of the bodies omitted all the most important details, the bodies were never given to the families but buried by the police themselves.

The  body of Bilkis’s daughter disappeared. The lower court accepted all the lies and falsehoods and the case was sought to be closed within a year saying that although the crime had occurred, the criminals were “undetected” and therefore the case was closed. It was the NHRC team and others who recorded the details.

A case was filed in the Supreme Court demanding that the case be reopened and handed over to the CBI. It was two years later, in 2004, that the CBI started its own investigation.

But it was always a small step forward and many steps back for Bilkis in her fight for justice. She was the main witness in the case. She faced threats, pressure, great hardship living in a state where the then Chief Minister and government were using state power and official resources to support and defend all the accused in hundreds of cases of killing and violence.

Because of the open and defiant subversion of justice for the victims of the Gujarat riots by the Gujarat government and administration, the Supreme Court accepted her plea, and her case was shifted from Gujarat to Mumbai.

12 men had been given life imprisonment by the sessions court but others were acquitted. The police officials and doctors accused by the CBI of the direct destruction of evidence were acquitted. The charge of conspiracy was also struck down. The CBI went in appeal to the High Court.

Here too the recent judgement delivers justice only partially. The accused policemen and doctors have been found guilty and sentenced to three years in jail. This is the maximum penalty given under the present laws under Sec 217 and 218 of the IPC.

This seems far too light a sentence for the extent of the crime committed, but it is indeed a welcome step that the court  shredded the bogus arguments and defence put up by the earlier court judgement and has found them guilty. This is the first such judgement when police and doctors involved in a massive cover-up of the crimes committed have been brought to book.

The charge of conspiracy under Sec 120 B has been rejected by the court. Here, standards differing from those used in the Nirbhaya case are evident. The court has held that ” it was on the spur of the moment.” Yet in another place in the same judgement it is held that “they were hunting for Muslims…” If they were hunting for Muslims, how could the crimes be on the spur of the moment?

They were not hunting for Muslims to have a dialogue with them, they were hunting for Muslims precisely to rape and kill. This could have been done only if they had all agreed to go on the “hunt.” According to the Nirbhaya judgement “agreement between the accused” is the key to understand conspiracy. Yet in this case, the charge of conspiracy is struck down.

The grounds for rejection of the CBI appeal for the death sentence are also problematic. One of the grounds advanced is “after the Godhra incident…they were boiling with revenge…they are not history sheeters or hard core criminals.” Can “revenge” be a cause for a lighter sentence?

The Nirbhaya case criminals are not “history sheeters or hard core criminals”. But this ground was rejected by the Supreme Court given the nature of the crime. Yes, Bilkis survived, but her sisters were brutally gangraped and killed. It is abhorrent to compare the extent of brutality in crimes committed against women.

But can it be said that the nature of the crime against them is any less than in other cases where the death sentence has been given? The judgement describes the case as “a rare massacre manifesting ugly animosity and hostility” and “such crime is not justifiable and is shunned”, but does the reasoning in the judgement not have wider implications which may result in lesser sentences for crimes motivated by communal hatred?

Some find closure at least to some extent in the judgements of the courts and for some, questions remain.