The Flawed Gujarat Model is Crumbling. Here’s Why

Rural and semi-urban Gujarat remains a site of extensive and elaborate social discrimination. The only thing new about the Una violence is that it became available on social media and provoked a national hue and cry. 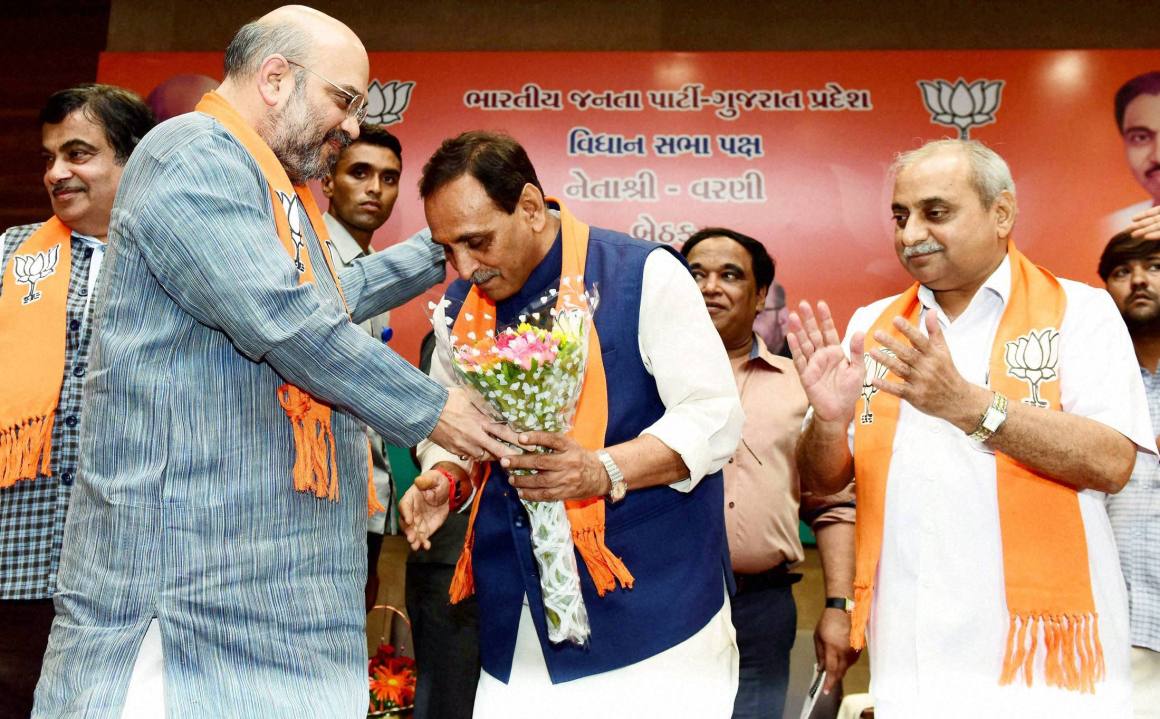 Eleven months ago I had reflected on the long-term corrosion the Patels’ agitation for reservations had caused to the durability of the so-called Gujarat model.

Predictably, there was this familiar chorus of denunciation and denigration: how could anyone dare speak less than reverentially about Narendra Modi and his Gujarat? That ritual of abuse apart, it needs to be recalled that on August 25, 2015, a 22-year-old man named Hardik Patel had managed to mobilise a massive crowd, defiant and dismissive of the state government. This was the culmination of a month-old agitation. The alarm bells were ringing loud and clear; only the deaf and the arrogant could not hear. Eleven months later, Gujarat has a new chief minister. This change of guard is deemed as a fire-fighting operation, dousing the fires of disarray and discontent in Gujarat. It was only two years ago that Anandiben Patel’s accession to the chief ministerial gaddi after the ‘Saheb’ had moved to Delhi was being hailed as an inspired move. A woman chief minister. A first for Gujarat. A loyal lieutenant rewarded for loyalty through thick and thin. A true leader takes care of those who stand by him. And, much more.

But then the 2015 Patel agitation happened. The very community that had sustained the BJP and its boorish — and, often violent — politics since the early 1980s, was now being contrarian. It was advertising to the whole world that it too had a grievance: economic prosperity had eluded it.

Suddenly the social and political precariousness of the much over-sold ‘vibrant’ Gujarat model was visible to the naked eye. Without the Modi-Shah duo’s daily micro-management, the ‘vibrancy’ had lost its steam and all the hidden fault-lines stood exposed.

Within two years the very ‘loyal’ Anandiben was ousted to make way for a colourless and mediocre substitute. Vijay Rupani is the new man, and perhaps the new scapegoat. In May 2014, we were told that Anandiben was the most trusted lieutenant. During these two years it was never suggested that she had even remotely tried to roll back any of the Modi initiatives. Indeed, this limited, taluka-level politician had fully downloaded in her politics all the Modi mantras and masquerades.

It must be presumed that the Gujarat she inherited in May 2014 was economically vibrant, administratively super-competent, and politically immersed fully and wholeheartedly into the modernist project of ‘development.’ During 12 years of Modi-raj, Gujarat had become a shining example of industrial prosperity and growth; the praja was at peace with itself and with the raja; harmony prevailed, and the Gujarati asmita was reclaimed and deepened. Gujarat, in fact, was deemed to be on auto-pilot of growth, prosperity and vikas. All that the good Anandiben had to do was to carry on pretending to be the chief minister. She was fortunate enough that the prime minister had both the time and the inclination to guide her. Yet, it became necessary that this loyal woman was asked to make way for another loyalist’s loyalist.

The duplicity and double-crossing that attended the change of guard in Gujarat was chillingly ruthless. It needs to be argued that the installation of a new dummy in Gandhinagar is not a simple question of the BJP’s internal intrigue and infighting. It is much more than that. Could it be that if Anandiben fumbled and floundered, it was precisely because of the deleterious effect of Modi’s rule on the state’s governing institutions? Admittedly, it would be unfair to single out Narendra Modi for reducing Gujarat to a personal fiefdom. It is an unvarnished reality that all states, irrespective of the colour of the ruling party, tend to get reduced to a chief ministerial show. Tamil Nadu, Bengal, and, Odisha are prime instances of a chief minister dictating the tone and tenor of governance, often at variance with constitutional norms and political conventions. In fact, almost all chief ministers do it; some do it bluntly and defiantly, others do it with some touch of sophistication. Mercifully, some chief ministers are constrained to answer to a high command.

To his credit, Modi, as chief minister, defied the high command of his own party. He carved out for himself an autonomous zone of supremacy in Gujarat. The central writ – political and administrative – did not run in the state, be it Vajpayee rule or the Manmohan Singh arrangement. During those 12 years, Gujarat had been made to experience what (for want of a better term,) can only be called ‘Vanzara-fication’ of a presumably constitutional government. Ruthlessly loyal officers were relied upon and empowered to untie messy entanglements. Difficult customers were simply put away. Every single legal instrument of governance was made to bend to suit the whims and fancies of a single man.

This model of command and control produced ‘results’ – and, crony corporate India took front row as the applauding chorus sang hosannas. Why then this sudden sense of disquiet, even panic? We are told the trigger for the ditching of a ‘loyalist’ was that very shameful incident at Una. As if that was the first time that upper caste assertion was on display so crassly. That kind of barbaric behaviour towards the Dalits should be no surprise to any BJP district-level leader. Indeed, the rise of the BJP in Gujarat since the early 1980s had very much hinged on such entrenched anti-Dalit attitudes. It was in the 1990s that anti-Muslim polemics and violence were used to commandeer the Dalits into the Hindutva tent. The very intensity and the benumbing brutality of the 2002 anti-Muslim riots further trapped the Dalits in this ‘inclusive’ model. That does not mean that the Dalits were accepted as social equals.

Rural and semi-urban Gujarat remains a site of extensive and elaborate social discrimination. The only thing new about the Una violence is that it became available on social media and provoked a national hue and cry. The consternation among the BJP’s apologists is not because of an intrinsic injustice but because the ‘exposé’ has the potential of hurting the party’s electoral chances in Uttar Pradesh.

The BJP may be animated by electoral calculations but the flawed Gujarat model is crumbling because of  built-in redundancy. Narendra Modi’s very success at the national level has loosened up the anti-Muslim social coalition. The natural clamour for a piece of the pie is the very stuff of contested and competitive politics and social protests. The Dalit upsurge is as natural as is the Hindutva forces’ aggression; the vikas-centric jumala-baazi cannot contain for long social and economic contradictions. All said and done, governance is an essay in trust.http://thewire.in/58546/the-flawed-gujarat-model-is-crumbling-heres-why/