The Gaali Project: An attempt to find better words to ‘swear’ by

While cursing can be cathartic, a lot of the words we use to express frustration have casteist, misogynistic and communal biases. 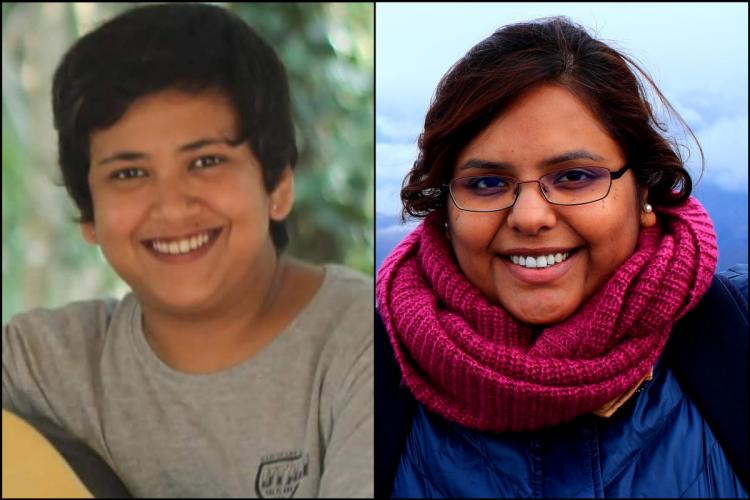 These days, when her laptop hangs or the internet doesn’t work, Tamanna Mishra uses a new word. “Lahbong!” the Bengaluru based communications consultant exclaims. “Instead of the usual four-letter word we often resort to,” she says. “Lahbong is a word from Meghalaya used to express exasperation.

Tamanna’s friend, Neha Thakur, who hosts AirBnbs and stays in Mumbai has also found a phrase that she finds herself turning to often: Bawaseer ka nasoor. “Drawn from Urdu, bawaseer literally translates to piles, and the expression is used to describe someone who’s being a pain in the backside,” Neha tells TNM.

So, it’s not that the women want people to stop giving gaali, which translates from Hindi to mean ‘swear word’. But, as the website of the project describes it, “Words that help Indians express frustration without losing grace, without being hateful. Think “baklol”, not rape threats. “Dokyacha”, not “ma ch***”.https://d072ea034e992b9535f731c38b9f6dc9.safeframe.googlesyndication.com/safeframe/1-0-37/html/container.htmlhttps://www.facebook.com/v8.0/plugins/post.php?app_id=&channel=https%3A%2F%2Fstaticxx.facebook.com%2Fx%2Fconnect%2Fxd_arbiter%2F%3Fversion%3D46%23cb%3Df1501c74d719ddc%26domain%3Dwww.thenewsminute.com%26origin%3Dhttps%253A%252F%252Fwww.thenewsminute.com%252Ff37078d7e5a6b48%26relation%3Dparent.parent&container_width=902&href=https%3A%2F%2Fwww.facebook.com%2Fthegaaliproject%2Fposts%2F142078194294654&locale=en_US&sdk=joey&show_text=true&width=

The idea behind The Gaali Project has origins in conversations Tamanna and Neha have been having for years now. Colleagues a decade ago, the duo recalls talking about how misogynistic many of the words we use to swear or express frustration are. So, when they decided to start The Gaali Project, they knew that they would need to find words that express anger and irritation without being disrespectful or perpetuating prejudices.

A Google form was prepared and sent out on WhatsApp as well as social media, asking people to fill in their favourite “clean” swear words in their language, and use them in sentences. The responses flooded in, and then it was time for secondary research. The duo had to talk to native language speakers and also research the roots of the words suggested. Many times they found that the roots of the “clean” cuss words suggested or their usage was problematic.

Neha gives the example of “pottan”, a word they got from a Malayalee. “It means fool, but the usage is misogynistic – it is used to call a man a ‘sissy’.”

However, they found many words that did work such as the Kashmiri word ‘hakri hoon’, which is used for an eavesdropper. “Drawn from a folk tale about an eponymous dog that would roam around joblessly and put its ear on people’s doors, hakri hoon is used for someone who is eavesdropping,” Neha explains.

This way, Neha and Tamanna put together a crowdsourced list of words from various languages, though they also encourage people to come up with words of their own too. After they are done with research and also understanding usage from native language speakers, they try to popularise the words and usage through their social media – the mainstay of any language, after all, is adoption and usage.

Narrating an incident where a friend of theirs used a word she learnt through the project, Tamanna narrates how the friend used the word “batakh poth” (blabbermouth) at an unproductive and boring corporate meeting. “A Kashmiri colleague of hers recognised the word, and they both ended up bonding over it. Meanwhile, the person who was presenting also understood the gist of the word, and the meeting became productive after that,” Tamanna laughs.

Towards adoption, Neha and Tamanna say that there’s a lot to be done, but they are optimistic because The Gaali Project is only about a month into its journey. “We are collaborating with a lot of young people across India to make memes and artwork to popularise the words. That way, the youngsters also get familiarised with the words. For instance, a college student from Rajasthan has picked up the word ‘Mudiyala’ which is from Tamil, and means ‘I cannot tolerate this anymore!’ He’s so tired of online classes, that this is what he’s using now to express his frustration,” Tamanna says.

“This shows that there are clearly more people who also share our sentiments, but just haven’t had the awareness or the vocabulary to replace the problematic language with,” she adds. “Now they have some options!”