The inside story of Zee News becoming a Covid-19 hotspot 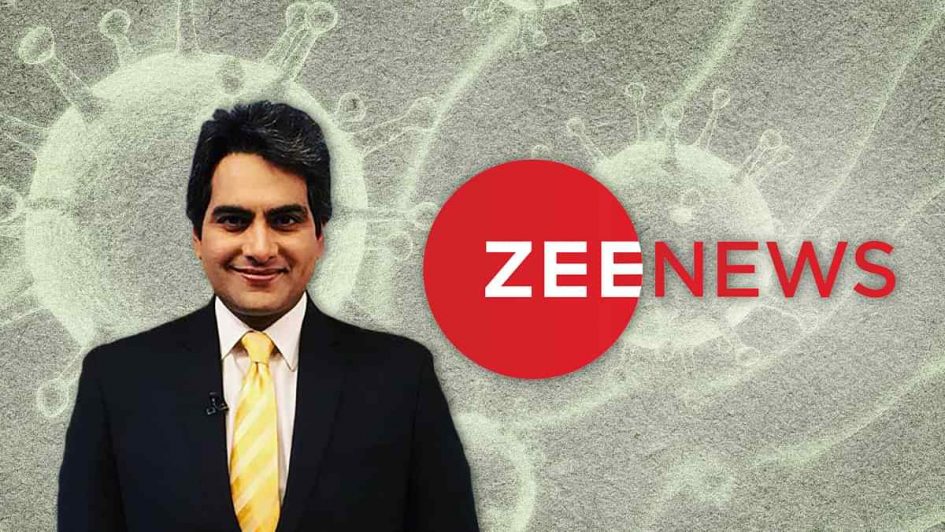 On the morning of May 18, a press bulletin issued by the Gautam Buddh Nagar administration created mayhem at Film City in Noida’s Sector 16A. According to the bulletin, 28 Zee News employees had tested positive for coronavirus.

Ashish (name changed), an employee of Zee Media, tested positive for Coronavirus on May 15th.

He posted his test results in an official Zee News WhatsApp group. The office made swift enquiries about everyone who had come into contact with Ashish, including those involved in handovers between shifts at the office.

Fifty-one of his contacts were subsequently tested, the bulletin said, and 28 tested positive, of which 15 live in GB Nagar. The other 13 who came back positive, live in Delhi, Ghaziabad and Faridabad. The Delhi-Noida border was sealed. The commander shut down company operations for the time being and sanitisation is underway as per RRT protocol, the area was sealed.

Rakesh Chauhan, Noida’s information officer, confirmed to Newslaundry that 28 employees of Zee News tested positive for coronavirus. “As the order affirms, the processes of sanitisation, sealing and quarantining are going on,” he said.The May 18 press bulletin.

An investigation into how events unfolded at Zee News reveals facts that are both worrisome and potentially criminally negligent — and they involve its editor-in-chief Sudhir Chaudhary.

‘The show must go on’

Many Zee employees, some of whom tested positive for Covid-19 spoke to Newslaundry about what happened. Several of them hold senior positions in management, and spoke on the condition of anonymity.

On the evening of May 15, for example, when the news broke about Ashish testing positive, Sudhir Chaudhary tweeted that his show, DNA, would be broadcast from an “alternative facility”. But, Chaudhary added, “the show must go on.”

He addressed it in his primetime show too, claiming that he and his colleagues at Zee News “dedicate” themselves to the “eternal service of the nation”. Employees would bring news to viewers under any circumstances, he said, even if they or a family member falls sick.

This is Chaudhary’s public face: a staunch nationalist devoted to the pursuit of journalism. Yet, his behaviour — and that of the channel’s management — to employees is entirely different.

An employee who was present in the newsroom on May 18 said everyone was scared. “It’s an obvious concern because all of us work within the same premises,” the employee pointed out. “We are worried about getting infected ourselves. We want to be tested and to be allowed to work from home. Only indispensable personnel should come to the office.”

According to the employee, Chaudhary told them: “I don’t want to listen to any more complaints about someone’s fever or cough from tomorrow. Remember this: all of you will recover from the fever, but for the one who complains, it will never be the same.”

This threat was independently confirmed by three employees of Zee News, one of whom holds a senior editorial position and tested positive for coronavirus. Instead of offering up precautions and alternatives to handle the situation, Chaudhary’s words left employees scared and angry.

When the first case of an employee testing positive came to the fore, Chaudhary’s address to the team on May 15 wasn’t as reassuring as you’d hope. It’s a common thread throughout the management’s handling of the crisis.

On May 18, Purushottam Vaishnav, the chief executive officer of Zee Media, videoconferenced with the channel’s editorial team. A journalist who attended the meeting told Newslaundry: “Although he (Vaishnav) spoke in an extremely cordial way, he remained focused on one thing: that the work must not stop. He emphasised on one idea continuously, that ‘the show must go on’.”

A senior journalist with Zee Hindustan (run from the same building) told Newslaundry that the company hasn’t been particularly kind to the employees earlier too.

“I’m acquainted with a person out of the 28 who tested positive for coronavirus,” he said. “He is currently admitted at the Government Institute of Medical Sciences​ in Greater Noida. He lives alone with his elderly mother, and told Zee’s human resources that his mother needs to be tested. The company should make some arrangements for her. HR harshly told him it’s his responsibility, and he should take care of it himself.”

On May 16, Zee Media issued a statement on Ashish’s condition. The text of the statement stands in stark contrast to the treatment reported by employees.

Noting that the “safety of each one of our team members is our top priority”, it said: “At Zee, we put the health and well-being of our teammates above everything else and everyone is extending their full cooperation to ensure the successful implementation of safety measures.”The statement by Zee Media.

The statement also claimed that Ashish is “undergoing the best possible treatment”.

After May 3, when the third phase of the lockdown began, the government allowed workplaces to open with certain stipulations. For example, only 33 percent of employees are allowed to come to the offices.

Chaudhary, however, suggested that all employees come to office from May 1. He demanded 100 percent attendance at a time when social distancing is imperative, and when most companies are ramping up their work from home options to keep employees safe. Since May 1, he made it compulsory for all employees to work from the office only.

While requesting 100 percent attendance is troublesome enough, multiple employees told Newslaundry that the company did not take extra measures to ensure the safety of its employees in the office.

Many employees told this reporter that it was Chaudhary who made it compulsory for everyone to come to work. The HR department was notified about it too. Contrast this to what Chaudhary said in his tweet on May 18.

Chaudhary is also the editor-in-chief of WION, another news channel owned by Zee media. With the Zee News office in Film City being sealed, employees are now working out of the WION building in Noida.

It needs to be remembered that when news broke of Delhi’s Tablighi Jamat in Nizamuddin West, Chaudhary and Zee News lost no time in casting aspersions on the Muslim community as a whole, accusing the Jamaat of “singlehandedly derailing India’s efforts” to fight Covid-19. The irony is inescapable.

Newslaundry reached out to Chaudhary multiple times for his comment but his mobile was switched off, and WhatsApp messages to him remained undelivered. Newslaundry also contacted Kamal Sharma, an HR representative with Zee News, but he disconnected the phone call several times.

The story will be updated if responses from Chaudhary and Sharma are received.

With inputs from Mohammad Tahir and Basant Kumar.

This piece was originally published in Hindi. It was translated to English by Shardool Katyayan.

Cancer drug price goes up from Rs 8,000 to Rs 1.08 lakh #healthcare #WTFnews
#Srilanka -Without truth, there can be no justice or peace
Dalits protest atrocities in Odisha; stopped on way to CM’s residence
Chhattisgarh’s jail deputy suspended for Facebook post on brutalities of cops against tribals #WTFn...